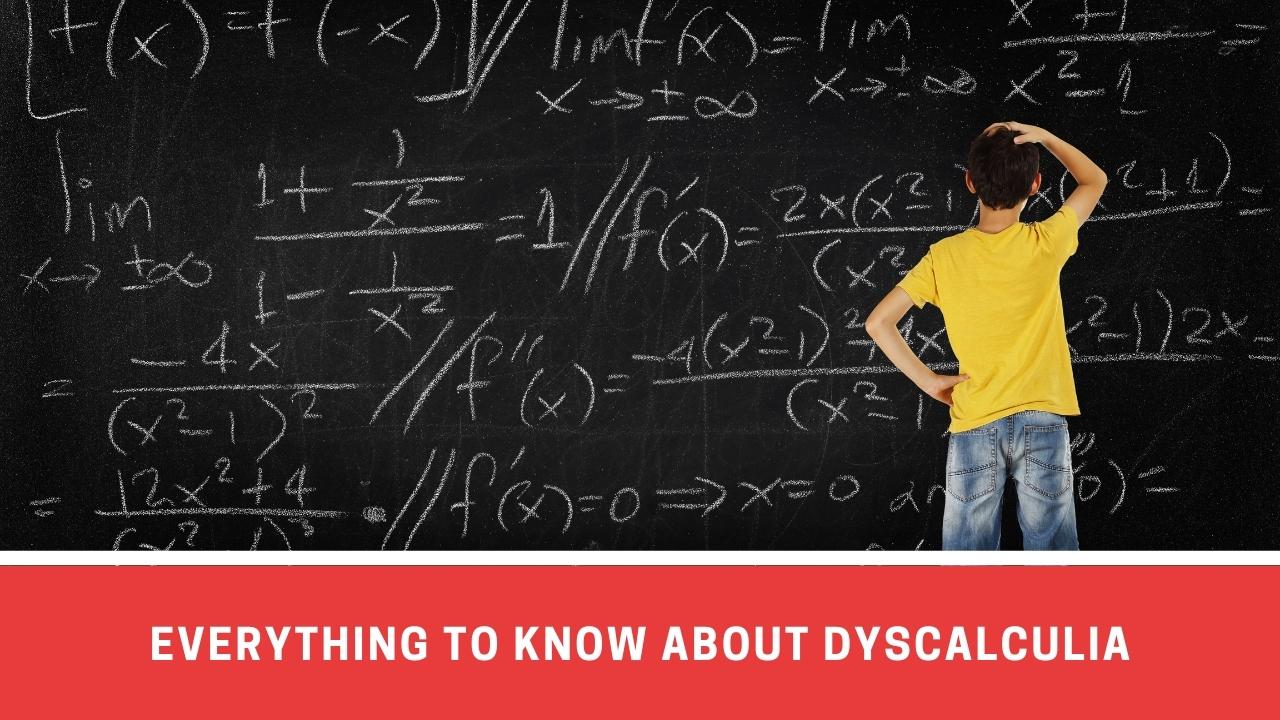 MEDICALLY REVIEWED BY NUMBERDYSLEXIA’S MEDICAL REVIEW PANEL ON MAY 24, 2020

What is Dyscalculia (or Number Dyslexia)?

Dyscalculia is a term used for a wide range of life-long learning disabilities involving maths, mostly numbers, and arithmetic skills. Other names of Dyscalculia are Number Dyslexia, Numerical Dyslexia, and Math Dyslexia. It is generally seen as the mathematical equivalent of dyslexia.

Dyscalculia is often confused with math anxiety, which has a different pathology but shows similar signs.

Difficulty in understanding numbers, manipulating them, performing mathematical calculations, and learning facts in mathematics are some of the common known traits of this disorder.

It is also marked by visual difficulties such as processing and distinguishing visuals, pattern recognition, working memory for numbers and formulas, retrieval of learned facts and procedures, directional confusion, processing speed, and time. Perhaps, there is no single form of math disability, and difficulties vary from person to person.

According to the British Dyslexia Association, Dyscalculia is likely to occur in 3% – 6% of the population. Dyslexia and Dyscalculia relation is independent in nature. Research suggests that 40 to 50 percent of dyslexics show no signs of this number dyslexia. They perform at least as well in maths as other children, with about 10 percent achieving at a higher level. The remaining 50 to 60 percent do have difficulties with maths.

READ :   10 Financial Aids For Students with Dyscalculia, Dyslexia And Other Learning Disabilities

Dyscalculia is still an under-researched subject, hence, there is no single definite measure of symptoms involved.  Till date observations suggest that symptoms of this math disability vary with age. As the child grows, the perspective towards math also changes. Severity may alter as time goes.

The list can be huge if every other aspect, such as age, country, environment, etc. is taken into account. Refer to our blog post explaining the topic in detail. For now, let us discuss the common signs and symptoms often observed in an individual suffering from number-dyslexia. Keep in mind that not all children may show all symptoms, and kids might occasionally have trouble with math. But children with number dyslexia will struggle a lot more than other kids who are the same age. Their struggles will continue over time, too.

As mentioned earlier, kids might occasionally have trouble with math. But children with number dyslexia will struggle a lot more than other kids who are the same age.  In that case, a qualified school psychologist or special education worker’s advice is important. Dyscalculia could be a valid reason. Common diagnosis practice involves direct interaction with the child. The evaluator might ask for family history.

Some of the well-known tests for diagnosis are –

Wechsler Intelligence Scale Test: The test aims at the mental perception of a child towards math. The ability to solve math problems in the head is tested.

There is no fixed consensus on what causes the dyscalculia, but neuroimaging investigations conducted by researchers reveal that Dyscalculia occurs due to a congenital condition, meaning that genetic factor is involved. Other than that the environment around also plays a role. However, cause for one individual may not be the same as for another, and in many cases, it may not be obvious.

Genetic causes include known genetic disorders such as Turner’s syndrome, Fragile X syndrome, Velocardiofacial syndrome, Williams syndrome. In addition, studies suggest that there are genes present in the general population which increase the risk of dyscalculia. Further, Any injury to the brain may develop into ‘acquired dyscalculia.’

Children’s mental mathematical exercise during the primary school years generally involves translating real objects into numerical concepts, such as the tower of boxes to teach addition and multiplication. This manipulation of numbers with real objects is the building block of our strong visual memory. If left abandoned, could really hinder our pace in concept visualization and hence, could result in Number Dyslexia.

How exactly does dyscalculia impact people? Let’s try to understand it with the help of a few examples. These examples can demonstrate the challenges people with dyscalculia face in their lives on a daily basis.

READ :   How Spatial Awareness Is Affected By Dyscalculia?

All these examples arise from the problems in memory conditions. According to a thesis[1], these issues arise due to shortcomings in semantic memory, procedural memory, and visuospatial memory. The different neural composition or weaknesses in the number-processing part of the brain translate into a student’s discomfort with numbers.

The first and most important of the successful treatment of Dyscalculia is early diagnosis. The earlier the problem is identified, the earlier the child will adapt to a new learning process and will be able to avoid other co-occurring issues.

By treatment, we meant the exercises to improve the mental health of the child instead of generic medicines. There are no medications for dyscalculia.

A big part of the plan could only be achieved with supportive teaching. Teachers must understand the pace and level of the child. Teachers could involve math-based learning tasks/games in their schedule.

Special care could go a long way in improving the mental health of the child. Extra time may be given other than class hours to enhance math skills.

If teaching complex equations, it would be more convenient for the child if step-by-step instructions are provided by the teacher to tackle the problem.

Children must be taught a sense of how numbers and equations apply to our daily life. Teach them how many apples are bought? How many cars are parked? How many spoons of sugar is required to make this tea?