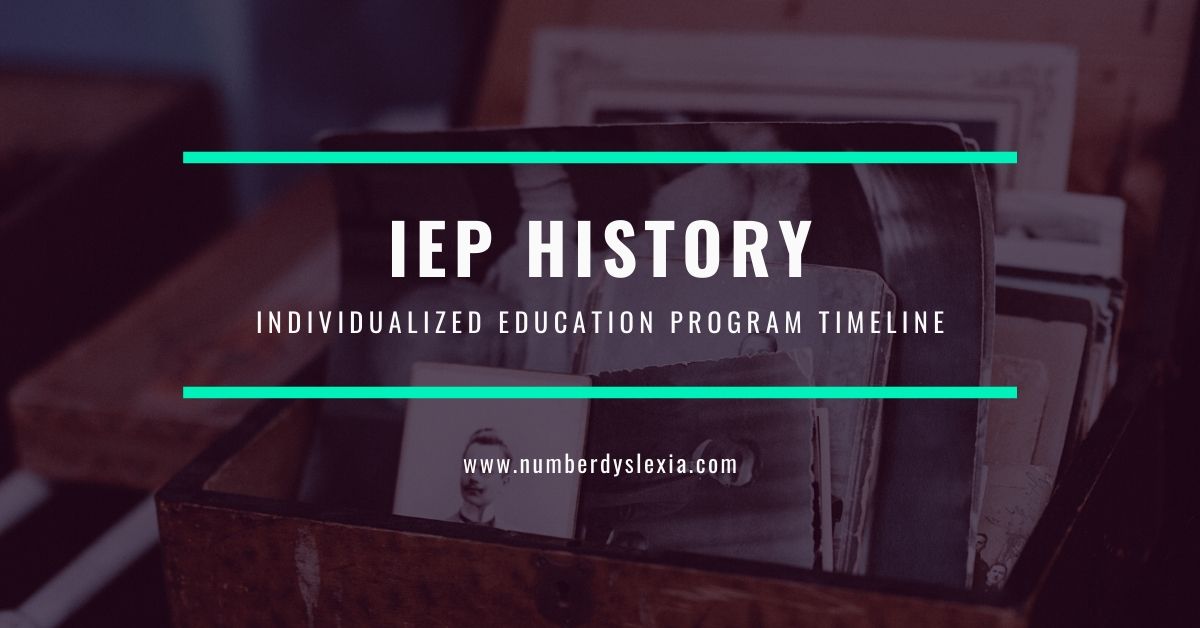 IEP is acronym for Individualized Education Program. As the name suggests, IEP is an official program designed for students in need of special education services to let their academics thrive in school. Under IEP, the team constructs a legal document under United States law so that every student with a disability of one kind or another has an equal learning opportunity in the classroom.

The plan is created by a specific team of the child’s parent(s) and district personnel who are knowledgeable about the child’s condition. The document is reviewed every year. Modifications are done to keep up with the pace. It came a long way from the first time it was introduced in 1975. Let’s have a peak at how the things began.

Despite the strict education laws in the nation since 1918, Students with disabilities were routinely excluded from public schools. The only option left for them was to be tutioned at home. This unfortunate scenario was improved when Congress passed the Public Law 94-142 in 1975.

IEP was introduced alongwith the Education of All Handicapped Children’s Act (EHA). The act was a landmark decision as It required schools to provide students with a broad range of disabilities – including physical handicaps, mental retardation, speech, vision and language problems, emotional and behavioral problems, and other learning disorders – with a “free appropriate public education.”

In 1986, the EHA was amended to Public Law 99-457 by Congress. By this, preschool children (age 3 to 5) with disability were also added to the Public Law 91-230 provisions. In the month of October of same year, President Reagan signed the Handicapped Children’s Protection Act, a law that considered the position of parents in development of IEP of the child.

Significant changes were applied to Public Law 94-142 in 1990. It was amended to Public Law 101-476. It was renamed to the Individuals with Disabilities Education Act or IDEA. Further, Congress made it mandatory for developing Individual Transition Plan (ITP) as a part of IEP to help him/her in the transition of post-secondary life. In June 1997, President Clinton announced key amendments in the act. Public Law 105-017 ensures the same curriculum access to all the students. Use of Assitive Technology was emphasized.

In December 2004, Public Law 108-446 was renamed to Individuals with Disabilities Education Improvement Act (IDEIA). Early intervention and greater accountability in the area of assessment were emphasized. One of the key aspects of new regulations was that the determination of the existence of a specific learning disability to be done by the child’s parents and a team of qualified professionals. Also, every state have to develop specific criteria, in accordance with the requirements in the regulations, to determine whether a child has a specific learning disability and, as a result of that disability, requires special education. State was, however, authorized to expand the definition of ‘developmental delay’ with the inclusion of students between the ages of six and nine.