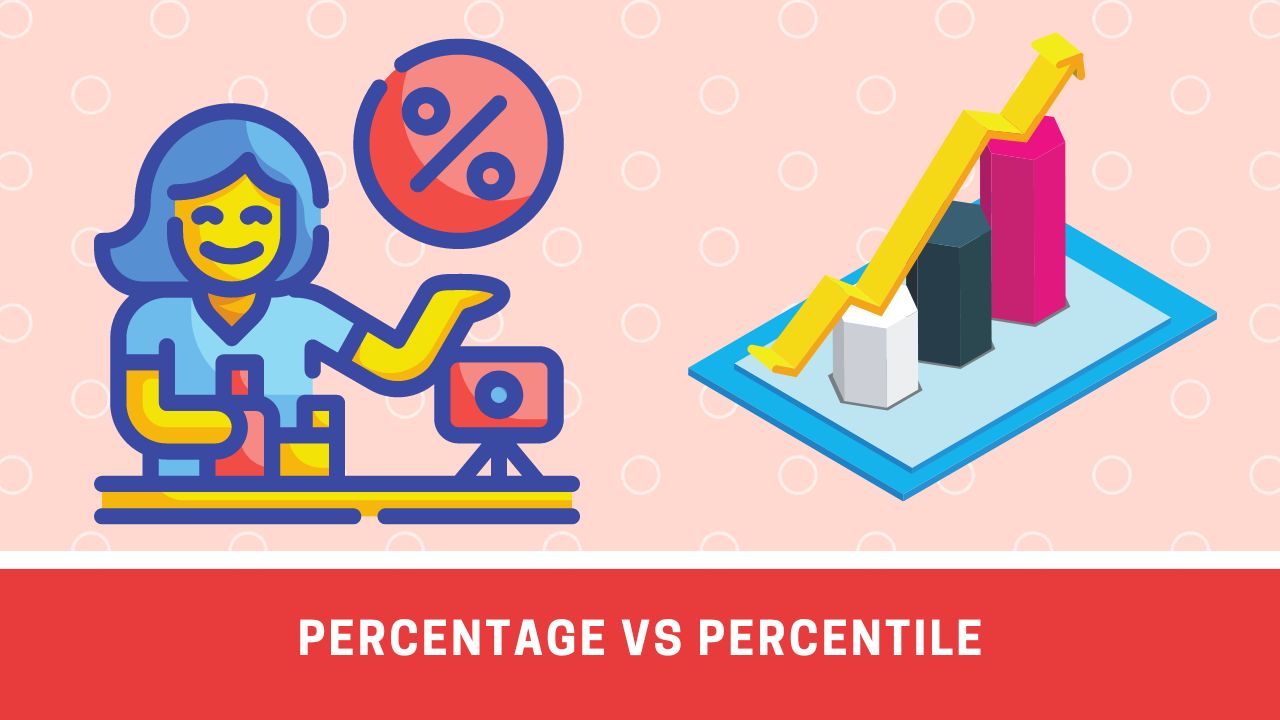 Therefore, in this blog post, we will be discussing percentages and percentiles comprehensively covering their definitions, examples, pros and cons, importance, and much more.

The word percentage is derived from the word ‘per centum’ which means per hundred in Latin. Therefore, a percentage is used to express a number as a fraction of 100. It is denoted by the symbol ‘%’. For example, if someone scored 80 marks out of 100, his percentage would be 80%. This can also be represented as 0.8 or 8/10. Thus, we can say that percentages are basically used for expressing a portion or share.

Now that we have understood the meanings of percentage and percentile, let us see how these concepts differ.

Percentage vs Percentile: Comprehending through meanings and examples

Let us take an example to understand this difference.

Now that there are 2 ranks before the number of the desired percentile, this number would be divided by the total number of values and then would be multiplied by 100. Hence, the percentile of 30 here would be 50.

Percentage vs percentile: How these are used in real life?

We often come across the percentage and percentile of the term in our day-to-day lives. For instance, when we go for a job interview, the interviewer may ask us what percent of the questions we answered correctly in the written test. Here, the interviewer is using the term percentage. Similarly, when we take a look at our report card, we can see that our marks are given in percentages. Thus, it is evident that percentages are used extensively in our daily lives.

READ :   Is being good at math genetic?

We have extensively discussed the basics of percentage and percentile however, it is crucial to know more about the differences they share. Here’s a table for you to comprehend more. Have a look.