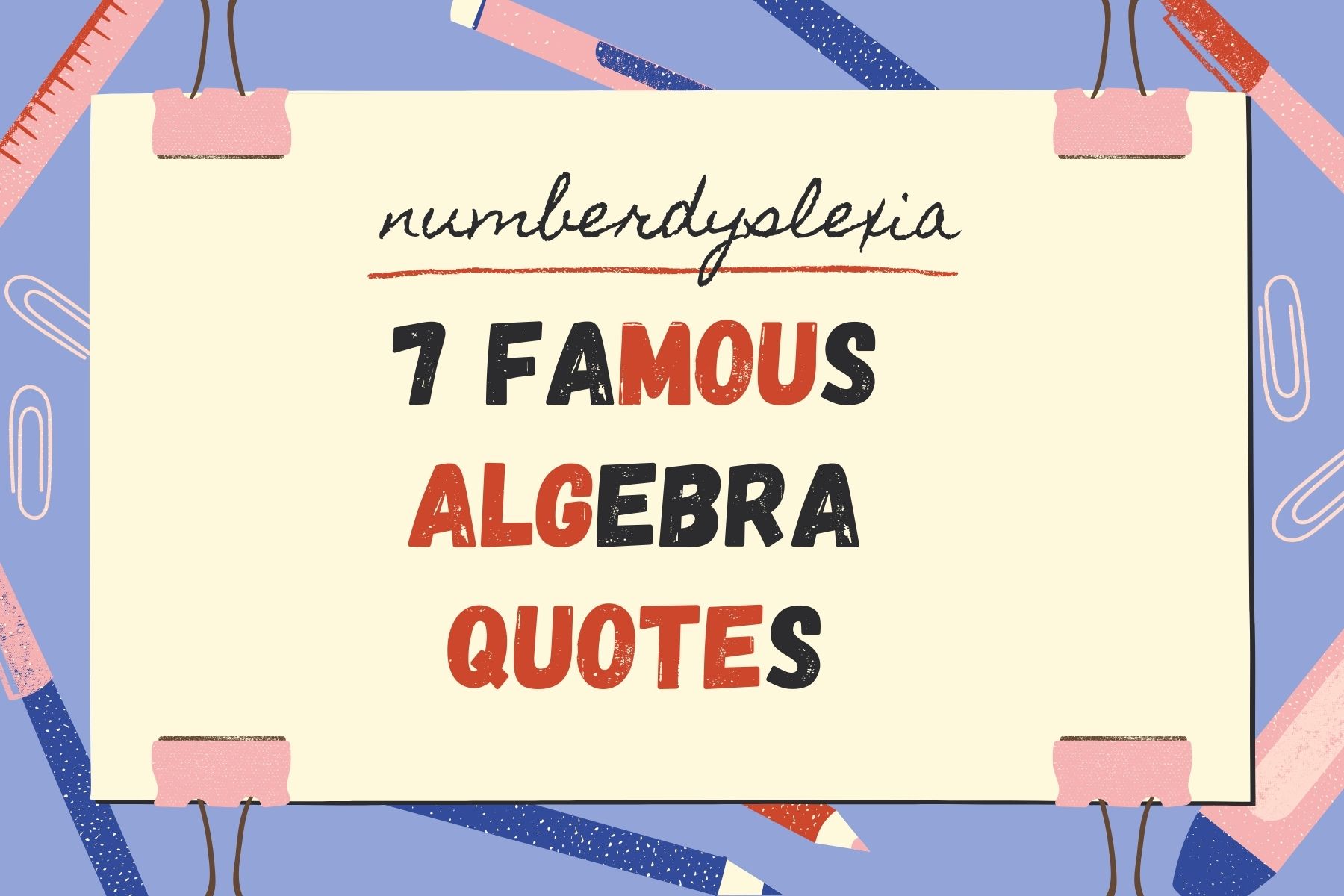 Al–Khwarizmi invented Algebra in the 18th century and its modern treatise was penned by a Dutch Mathematician Bartel van der Waerden in 1930. Since then, this subject has become a matter of discussion for all mathematicians. From those discussions and speeches made by the math experts, several interesting quotes emerged. In this post, we have curated a few of the most thought-provoking as well as funny ones. Let’s take a look.

Jean le Rond d’Alembert was a French mathematician. He had his say in various other fields such as physics, mechanics, music, and philosophy too. He quoted:

Algebra is generous; she often gives more than is asked of her

Antoine-Augustin Cournot was a French mathematician and economist. The quote was written in French in 1838 in the work titled  Recherches sur les Principes Mathématiques de la Théorie des Richesses.

Anyone who understands algebraic notation, reads at a glance in an equation results reached arithmetically only with great labour and pains.

– Preface of  Researches Into Mathematical Principles of the Theory of Wealth in 1897 by  Nathaniel T. Bacon.

Count Joseph-Louis de Lagrange was a giant force and a self-taught scientist in the field of mathematics. He made valuable contributions to the fields of Algebra, Mathematics, Calculus, Celestial Mechanics. His quote on Algebra reflects its deep connection with another branch of mathematics, Geometry.

As long as algebra and geometry proceeded along separate paths, their advance was slow and their applications limited. But when these sciences joined company, they drew from each other fresh vitality and thenceforward marched on at a rapid pace toward perfection.

W.Whewell was a decorated English polymath who was known for his work in the field of theory of induction and his philosophy on Ethics.

These sciences, Geometry, Theoretical Arithmetic and Algebra, have no principles besides definitions and axioms, and no process of proof but deduction; this process, however, assuming a most remarkable character; and exhibiting a combination of simplicity and complexity, of rigour and generality, quite unparalleled in other subjects. —Whewell, W.

Quoted in The Philosophy of the Inductive Sciences

Young J.W.A. is the author of Appleton Arithmetic books. He has about 68 works to his credit. His Algebra quote on maths with symbols is cited several times. It speaks perfectly about the role algebra plays in

The training which mathematics gives in working with symbols is an excellent preparation for other sciences; … the world’s work requires constant mastery of symbols. – Young J.W.A

George Chrystal was a Scottish mathematician who did commendable work in the field of Algebra. In this quote, he expresses concern over Algebra losing its relevance due to mindless teaching and assessing methods.

“The logic of the subject [algebra], which, both educationally and scientifically speaking, is the most important part of it, is wholly neglected. The whole training consists in example grinding. What should have been merely the help to attain the end has become the end itself. The result is that algebra, as we teach it, is neither an art nor a science, but an ill-digested farrago of rules, whose object is the solution of examination problems…. The result, so far as problems worked in examinations go, is, after all, very miserable, as the reiterated complaints of examiners show; the effect on the examinee is a well-known enervation of mind, an almost incurable superficiality, which might be called Problematic Paralysis—a disease which unfits a man to follow an argument extending beyond the length of a printed octavo page.” – Chrystal, George

Sophie Germaine was a French mathematician and physicist. Though never encouraged by others, she cultivated self-learning methods and emerged as one of the most noted mathematicians and philosophers of her time. Her quote on algebra captures the correct essence of this math branch in relation to geometry.

Mathematicians research, reflect and share their hard-learned experiences in the form of quotes. That is why these are no less than a wholesome resource for building an understanding of the subject and its relevance. Sometimes, there may not be a practical implication, but these are sure to develop a perspective if not helpful in establishing a dogma or hypothesis.

READ :   What Is Barton Reading Program? How It's Different From Orton Gillingham?