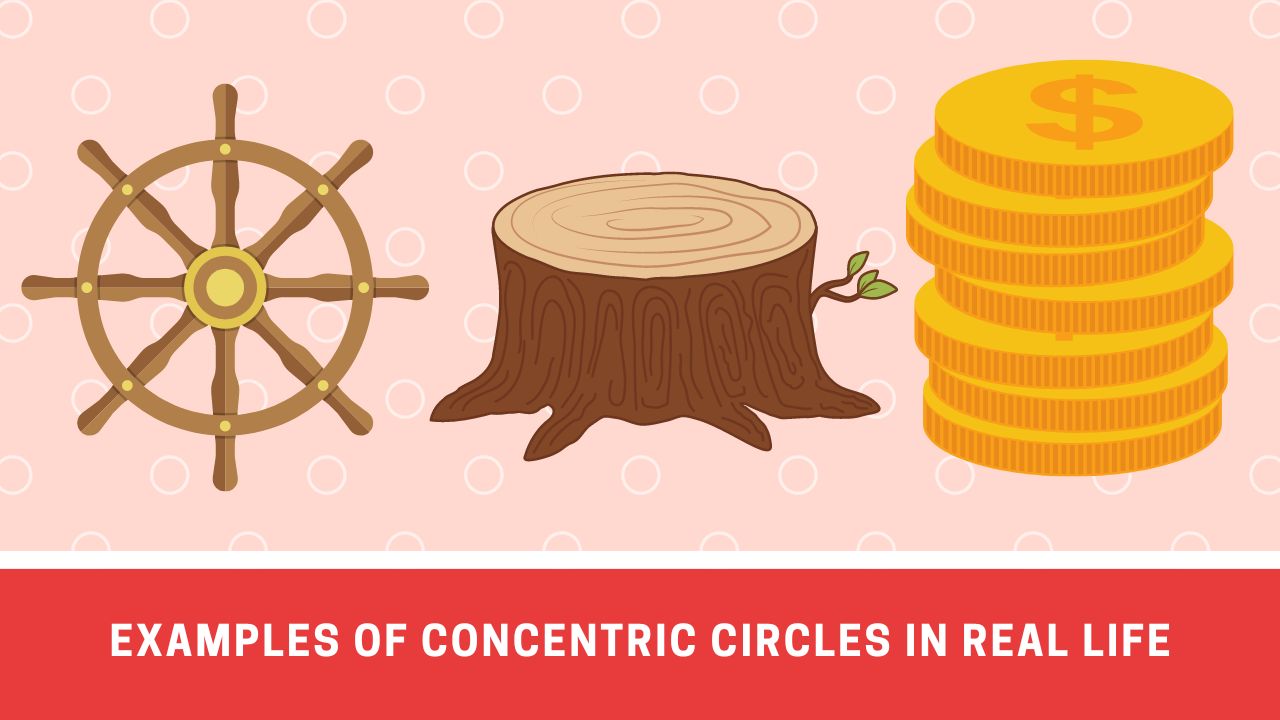 When we wander around our surroundings, we often come across various geometric shapes in all things around us. Be it the balcony of a house or the form of a leaf. One such shape is a circle. When you cut open an onion, you find its parts circled in a center. When a solar eclipse happens, you see a circle in the form of a diamond ring, right?

Now, let’s come to concentric circles. You know, every circle has a center. When two or more circles share the same center, they are called concentric circles. Suppose you drew a circle with a certain radius set on your compass. Now, you do not remove the compass from the center, and only pull your pencil a bit more or less and draw another circle. So, this circle will be either outside or inside the previous circle. These two circles will be concentric. Every circle will not share the same radius. But, the midpoint will be common for all.

Observing concentric circles around us

A stroll around your neighborhood will make you see concentric circles here and there. Let’s give you a few examples.

READ :   20 Quotes Highlighting The Importance Of Learning Through Discovery

Where can we find concentric circles?

We can find concentric circles in nature and man-made things. As we mentioned above, if you look around you, there are concentric circles that you come across in your daily life. Here we present you with some more instances of these circles. While some exist in nature, some are manufactured by taking inspiration from nature. Scroll down for more.

The geometry wing in Mathematics might seem tricky to many if you do not put your heart into it. But, the fun fact is that the shapes you learn in geometry are nothing new. Instead, you have already seen them and probably already know them too. As for concentric circles, we just made it easy for you to look around and find them. Hope it helps!