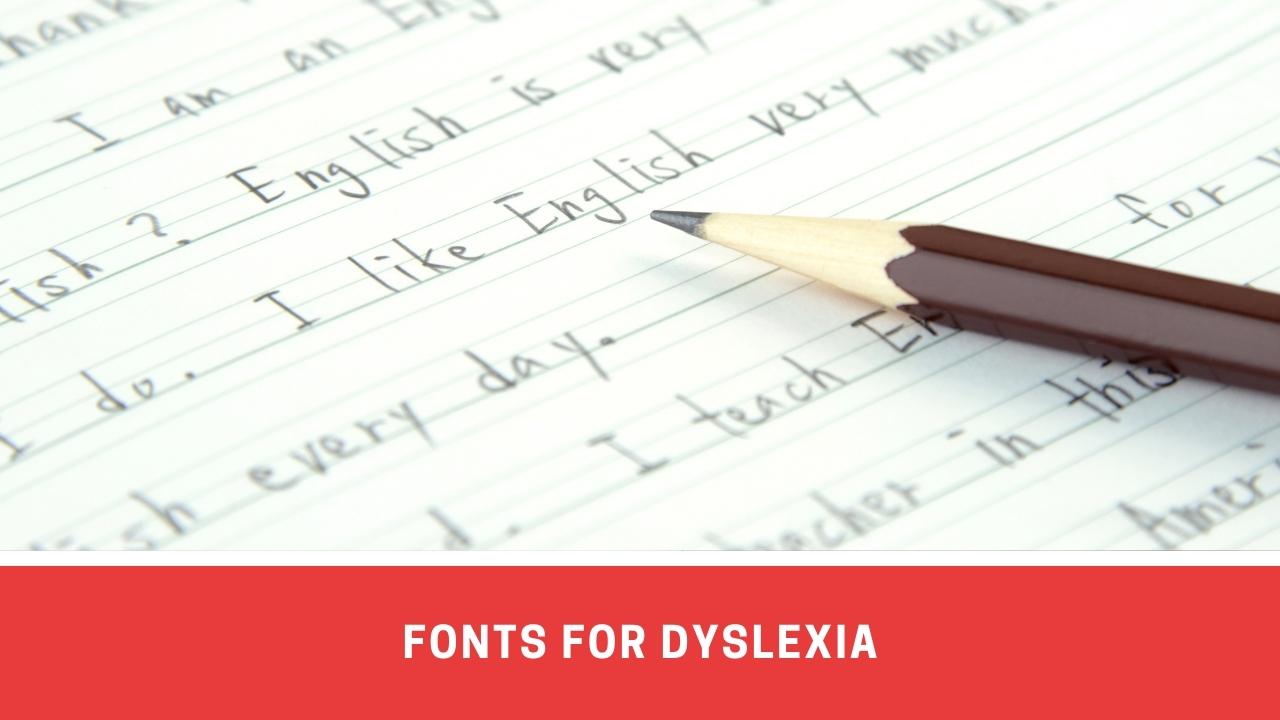 Reading and learning compromises in people may be brought about due to multiple reasons. Such hitches need to be managed with proven strategies. Before that one may need to comprehend what factors lead to such compromises. On the whole, it may be visual as well as brain processing concerns. While we know yellow overlays can assist them to read better, can a fitting font add up to further mastery? Evidently, one may often prefer a smoothly comprehensible font, as they go serene on their eyes. For special needs individuals, the font of the text they infer thereby may turn preeminent.

Consequently, What attributes make a befitting font for such people? What fonts are best and worst for them? Here, in this post, we will look into relevant insights so that you can choose books with the right font for your little ones.

Impediments that dyslexics hit on in reading

According to Arnold Wilkins[1], colored overlays can reduce the visual strain. He observed that almost five percent of students read about 25% better with their befitting color of the overlay. Further, considering a few challenges in reading text, there can be broadly three effects that an individual comes across: Washout, river, or Swirl effect as suggested by read regular makes reading taxing in most cases.

To make the text comprehensible with ease by anyone, a few tips can be ensured. These not only improve the contrast but also ameliorate the text acceptable for all ages too.

A debate on fonts for Dyslexia was not far-reaching until Luz Rello did research in 2013. He eye-tracked the reading speed of 48 dyslexic subjects in his research[2], which showed that Sans serif, monospaced and Roman fonts are better choices than italic fonts like serif and proportional. Further, the British Dyslexia association recommends Arial and  Comic San.

As depicted above, any individual can feel it facile to read when there is enough spacing, and the letters ensure better contrast. Luz Rello underlines three fonts as a comparison. Nonetheless, any font with relevant attributes can be befitting.

Apart from suggestions among popular picks, a few fonts have been designed, keeping Dyslexics in view. These are Sylexiad. Dyslexie, Read Regular and Open Dyslexic. Among these typographies, Read Regular, Dyslexie, and OpenDyslexia are available and are free to use.

This typeface ensures the font is free from all unwanted details in letters, making readability finer. For instance, ‘g’ is simple and doesn’t come with a two-eyed form. Further, the font ensures the reader can differentiate between ascenders and descenders, also providing the best contrast possible.

Being open-source typography to create content for Dyslexics.  This is available in regular, bold, and bold-italic styles. It has two typefaces: Opendyslexic and Opendyslexic Alta. The letters in this font are weighted down to implicitly represent the direction of each letter, making inference effortless. For those who bewilder the shapes and often process mirrored letters, OpenDyslexic can be obliging.

With a motive to create a typography that reduced the spinning and moving effect, Christain Boar created Dyslexie in 2008. Enticing attributes that make Dyslexie a great take-in are: heavier lines, light curvature, heavier bottom, and added spaces between words. Renske De Leeuw[3] in his master thesis studied the effect of this font on 43 students, 21 among them being dyslexia. The results found that Dyslexie led to overall reduced errors, thus ameliorating reading skills.

This is a collection of multiple fonts designed for dyslexics. Developed by Dr. Robert Hiller, a senior retired lecturer, researched[4] a new font family that can be fitting for dyslexic perspectives. The results and evidence of the research show these fonts working. Some of the popular fonts in this collection include: Sylexiad Serif and Sylexiad Sans

Comprehending what attributes make a fitting font, one can determine what picks can be unfavorable for easy readers. Francesco[5] investigated how fonts and sizes can make decrease children’s fixations. The research found that increasing font size and character spacing significantly reduced the duration of the fixation and increased the number and amplitude of prosaccades in all groups of children tested.

Here are a few unfriendly fonts that can be preferably addressed to change. Some of these fonts come with irregular shapes, while others include many drive and funky strokes.

Right font along with right contrast and size ensures motivation in the reader. The preferable size by many people ranges between 12-14. Ensuring these proportions along with righteous fonts can vitalize the habit of reading in pupils. Choose books and papers with relevant fonts, ensuring above stated attributes to make a great reading experience. Mull over the font picks suggested by researchers above to see what suits you and your little ones best.