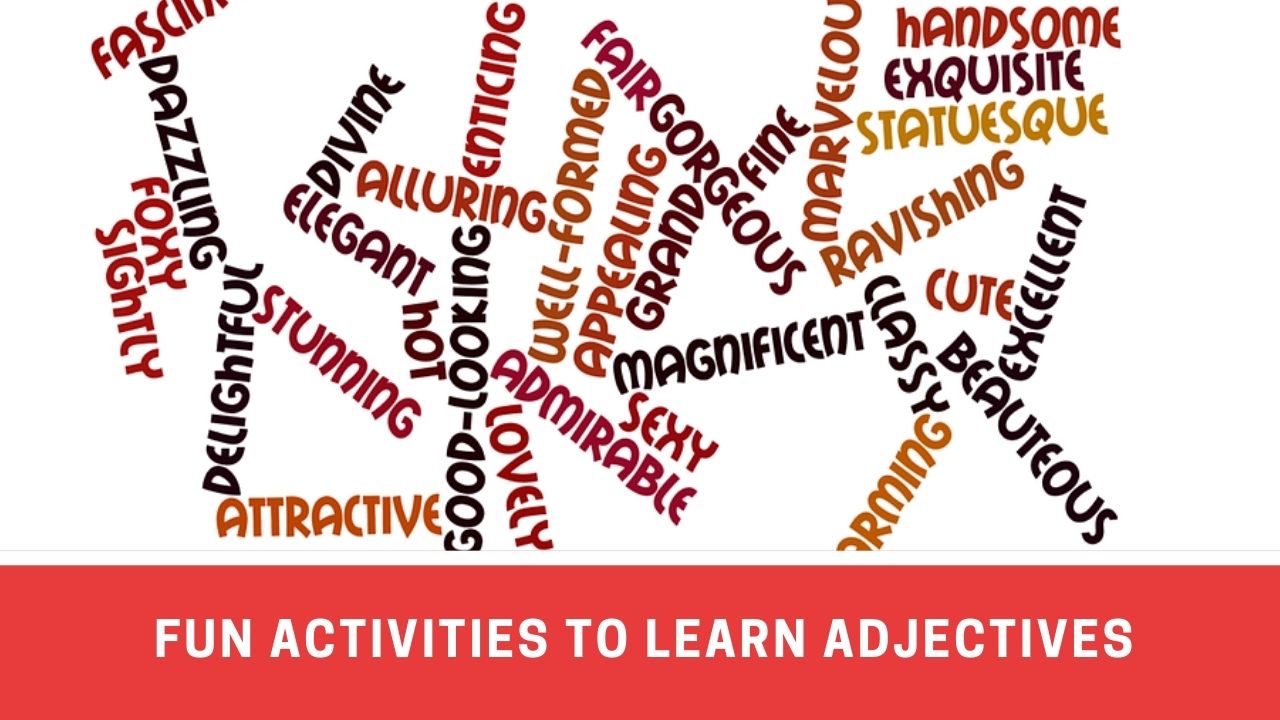 Adjectives are an integral part of the English language. They are words that add quality to the sentence. The use of adjectives adds emotions to conversations and makes them easier to visualize interpret. For example, the nursery rhyme, ‘Chubby cheeks, dimple chin, rosy lips…” describes the body parts using appropriate adjectives. Now imagine if the same poem had no adjectives. It would sound meaningless and bland. That is the power of adjectives!

You already must have an idea of why adjectives are essential. The idea behind using adjectives is to give the reader, the audience, or a fellow speaker a visualization and elaborate details on what is being spoken.

The best source of learning any new concept is observation. Kids tend to learn things through hearing, observing, and then analyzing. They understand worldly things even before they think they are capable of it. Hence, teaching them adjectives from an early age will enhance their experience of living in this world. They will have a better grasp of their linguistic skills.

As they learn adjectives, they begin describing things more beautifully and more precisely. Identification and recognition of objects become easier for them. That gives them confidence and control over their language. Eventually, kids excel in academics and non-academics aspects and even land themselves in a position to lead a confident social life.

Adjective ladder for kids based on grades

Here is a distribution of adjectives that kids must know depending on their grades.

By grade 1, children must know:

By grade 2, children must learn to understand and memorize adjectives based on the alphabet. When they move to grade 3, they are expected to be proficient at it. Here is a letter-wise distribution of some of the must-know adjectives.

As students are promoted to middle school, they are expected to be well versed with basic adjectives discussed previously. Furthermore, they are exposed to some more adjectives. Here is a probable list.

It is to be understood that the above is only an outline or mapping of the adjectives that children must know based on their grades. However, the results can vary because every child has a different learning pace.

As teachers and parents, you can engage little learners more into learning the concept by conducting little sessions of interactive games and activities.  Keeping that in mind, We’ve curated a list of activities and games to help children learn adjectives pragmatically.

Once the students finish describing their favorite memory, they will have to trade their descriptions with other students. Now the aim is to identify the adjectives used and encircle them. If any student finds all the 40 adjectives, he gets a star (or some other reward) or a point.

Divide the class into two groups. Pick one student from the first group and give him the name of an object, monument, scenery, or a place that he must enact. The students of his team are supposed to guess the name of the assigned object/place by asking questions whose answers can only be adjectives.

The chosen student must answer with only one adjective each time. Limit the number of questions to make the game more exciting and thrilling.

For this game, bring in some printables of famous cartoon characters to the class. Divide the class into small groups. Now choose one character for each group, and the students must take turns and ask questions using suitable adjectives.

For example, the questions that students put across can be something along the following lines:

“Is the character tall?”

“Does the character have an orange nose?”

“Does the character have blue skin?”

You will have to answer yes/no.

The treasure hunt can be played indoors or outdoors, depending on the feasibility. In either case, you can leave clues behind that will require students to record specific observations by using adjectives. For example, you can leave a clue with one of the letters of the location where the treasure chest is kept. For this, you may set up the clue such that students may need to record the temperature range (hot, cold, freezing, warm) of particular objects such as ice.

Ice is categorized as “freezing”, so your clue can have indications like ‘the first letter of the location is a letter from the first 6 in the alphabet series.’

Your second indication can go along the lines of ‘the letter is not repeated.’ So that leaves students with the letter’ F as one of the letters of the treasure’s location. Depending on the age group and class, you can increase or decrease the level of difficulty of the activity.

Educational activities are often a fun way of teaching children because they never realize that they are learning something. They take it more of a leisure activity, which is why the takeaways of all such educational games and activities retain in their mind for a longer period.

Most of these activities are versatile. You can tweak them a bit and teach other crucial aspects such as prepositions, verbs, nouns, algebra, phonics, trigonometry, calculus basics and much more, depending on the age group.