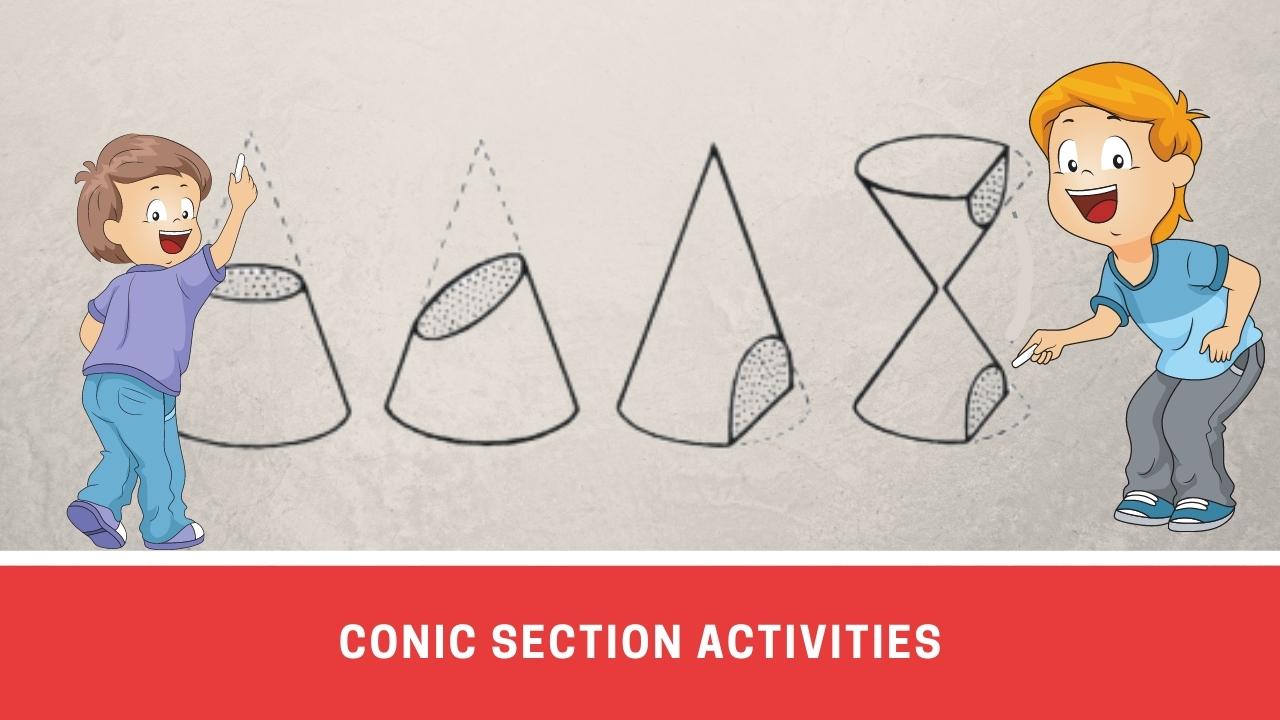 Right from ice cream, to a party hat, most of the real-life entities are conical. As a math pupil, it may be common to infer these shapes. What’s equally crucial is to also infer that sectioning this shape can give out multiple insights. While we can categorize these as circles, ellipses, hyperbola, and parabola, each of them have real-life applications.

Accordingly, it may be a fairer idea to learn about these with activities to ensure real-life settings and applications after classroom learning. Here we listed out five distinct activities that may assist the pupils to comprehend conic sections better to implement them later in academics.

By Definition, conic sections are the two-dimensional shapes that are formed when a plane intersects at a certain angle. As the shape of the cone is not uniform throughout its length, the shapes formed often differ when the angle of plane intersection is altered. Here, let us read through four distinct shapes that may be crafted:

Being aware of the explorative mindset of young learners, here we listed out a few eminent activities crafted to discern conic sections better:

1. Introduction to the Cones

The formation of various conic sections may not be clear after classroom teaching.  This activity ensures the students learn about the same.

This activity needs the teacher to arrange five paper cones, paint, play scissors, and a piece of paper. The student takes one cone and cuts at an angle, but they dip the paper into the paint and stamp it on the paper. They can observe an ellipse is formed. Now, they take a second cone and cut it parallel to the base, dip it in paint, and stamp it beside the ellipse. This would form a circle.

Similarly, the third cone is cut on a surface, dipped in paint, and stamped on paper, which forms a parabola. And finally, a hyperbola is stamped by cutting two cones upside down.

This activity helps the learner to discern how these shapes are formed from cones.

Aim: To show that a parabola as a conical section lies between that of the ellipse and a hyperbola

Aim: To understand the existence of conic sections in our immediate environment and how we are completely surrounded by them.

READ :   Does Dyscalculia Affect Reading And Writing? Sieving through the reality and myths

Aim: To understand and practice the equations in regards to various conic sections through art.

Tak for the teacher: The educator will have to create various sceneries or objects with multiple conic sections. Example: If you are drawing a flower, make sure the petals are made of two parabolas joined together, similarly for the leaves, for the stem, one could make sure to give spiral texture to it with colours, and the centre of the petals will, of course, be a circle.

Aim: To identify the various conic sections, namely the circle and the ellipse through their focal point and associated properties.

Sometimes, despite efficient assignments and worksheets, pupils may need additional practice sessions to clear out minor doubts and ensure gripping mastery of the subject. Activities like the above-mentioned choices may succeed not only in better learning but also in understanding how these notes are practically applicable. Accordingly, read through these activities and check out which of these may be befitting for you, even with minor changes.