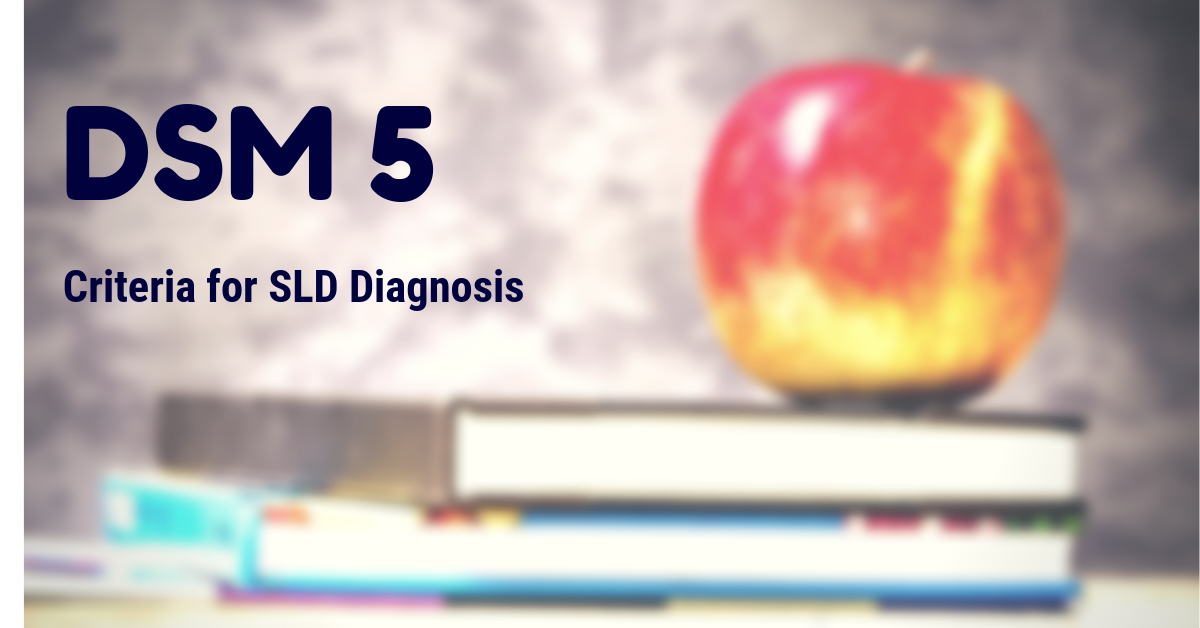 The Diagnostic and Statistical Manual of Mental Disorders (DSM) is the handbook used by health care experts as universal authority in North America, South America, Australia, and many other European countries for diagnosis of mental disorders. It enable professionals to communicate about mental health disorders using a common language. In simple term, one should look up for DSM-5 guide to know , what constitutes a mental disorder officially.

DSM category for learning disorders, such as dyslexia and dyscalculia, underwent a significant change between DSM-IV and DSM-5, sparking alot of controversy and criticism from dyslexia advocacy groups due to its failure to code Dyslexia and Dyscalculia as a distinct type of Specific Learning Disability (SLD). According to DSM-5, SLD is a type of neurodevelopmental disorder that impedes a person’s ability to learn and use specific academic skills, such as reading, writing and arithmetic, which serve as the foundation for most other academic learning.

While DSM-5 acknowledges the impact of dyslexia as a learning disorder and the need of the hour, its compilers chose not to use this label to codify learning disorders in reading. So, In DSM-5, there is one overaching category of SLD with ‘specifiers’ to characterize learning difficulty in three major academic domains, namely reading (dyslexia), writing, mathematics (dyscalculia). Another major shift in diagnosis criteria between DSM-IV and DSM-5 was the elimination of the ‘IQ-achievement discrepancy.’ According to DSM-5, Individual cognitive profiles based on neuropsychological testing are more useful for understanding intellectual disabilities than a single IQ score. Now, DSM-5 requires four criteria to confirm a clinical diagnosis of SLD.

4 Criteria for diagnosing dyslexia, dyscalculia and other learning disorders

Difficulty in mastering reading, writing, arithmetic skills, number sense, number facts or calculation and mathematical reasoning in school age years. The difficulty persisted for atleast 6 months and is failed to improve despite the provision of intervention that deal with these difficulties.

The difficulty led to the affected academic skill to be substantially and quantifiably below those expected for the individual’s chronological age. It will be assessed through a standardised achievement tests and the analysis is done based on cut off. For individuals aged 17 and older, a documented history of impairing learning difficulties may be substituted for the standardized assessment.

The learning difficulty may begin in the early years of schooling, but may not fully manifest until young adulthood in some individuals until the demands for those affected academic skills exceed the individual’s abilities.

Any other disorder, such as Intellectual Disabilities, auditory or visual acuity problems, other mental or neurological disorders or adverse conditions, such as psychosocial adversity, lack of proficiency in the language of instruction, inadequate instruction that may have plausible explanation for the difficulties being experienced by the individual must be taken into account first before confirming the diagnosis.