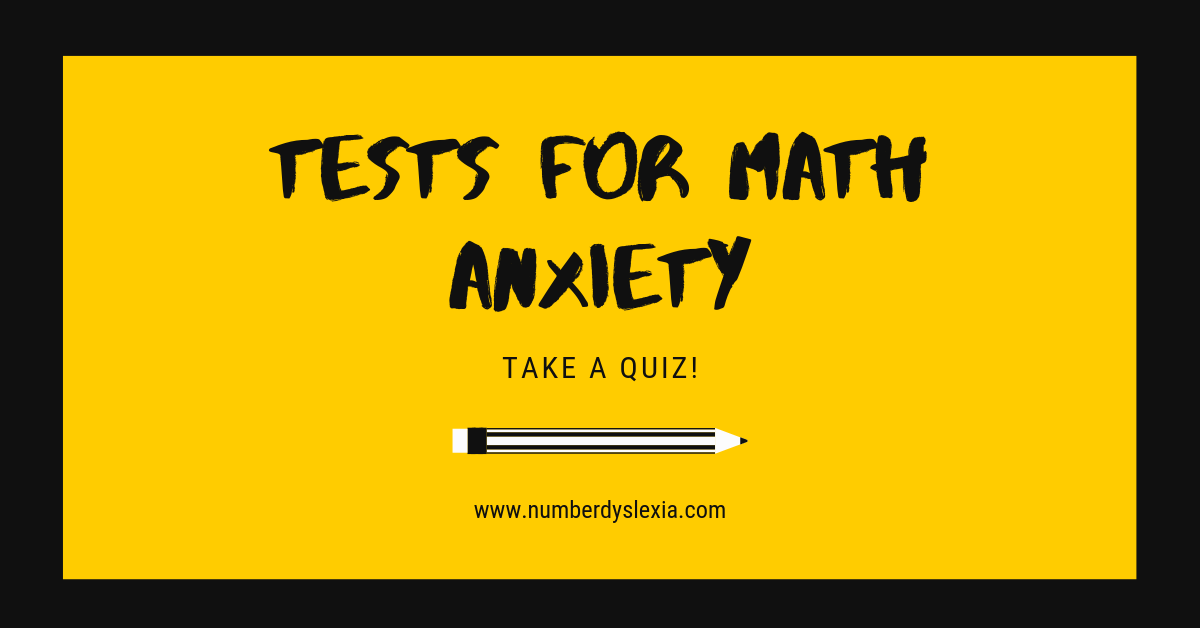 Math Anxiety is the panic and nervousness that ensues a person while solving a mathematical problem. Math anxiety is related to performance anxiety and is likely to extend far outside of the classroom if not recognized and proactively managed.

Unfortunately, Majority of cases of math anxiety remain unreported as symptoms may overlooked as ‘general fear of exams’. Not enough research makes it extremely hard to differentiate its symptom from a common exam fear. A 2014 report by British Organisation National Numeracy showed that while 57 percent of U.K. adults were functionally literate, just 22 percent reached the level of functionally numerate. Math anxiety is said to be major contributing factor in this. The numbers are concerning. hence, we gotta need more eyes on this.

In order to effectively test for math anxiety, we got three crucial steps to follow. First one is to look for physical symptoms to self test for math anixety initially. The symptoms discussed will appear during exams (especially exams involving numerical, and arithmetic) or while solving a mathematical problem. Second one is to take the help of screener tools to look up for developmental dyscalculia or any other math related difficulty that may be contributing to the anxiety issues. Third one is to take a quiz in order to get an idea about your math anxiety levels. Do note that although you can try this at your own but official diagnosis cannot be made out of this. Intervention of a professional expert in the field is required to confirm a diagnosis. Do consult a qualified special education worker to do a full evaluation if you feel like you’re dealing with the math anxiety.

READ :   What is math anxiety? How to overcome it?

General symptoms to look for in a individuals with math anxiety

Unfortunately, No particular protocol is avaliable at the moment to screen for math anxiety. However, A systemic approach needs to be followed to look for it. It is required that we be sure that if math is playing the major role in bringing such notions in student. The level/severity of math learning disability needs to be analyzed as well. That said, the following screening tools in helpful in giving such insights.

KeyMath-3 tests the understanding of mathematical concepts and skills. Knowledge of Addition, subtraction and other numerical facts is administered. The problems asked in the test is presented by linking math with real world contexts using items that require standard and non-standard problem-solving strategies. The result gives an insight of the strength and weakness of a child in the subject. It helps in discovering which specific part of it triggers the anxiety issue and what steps could be taken to reduce it.

TOMA-3 is used to identify, describe, and quantify mathematical deficits in school age children 8 to 18. Students are tested math concepts like word problems, computation and math symbols. The ability of a child to use mathematics in relation to everyday life is tested. Attitude towards math is also analyzed. Students are asked to express their attitudes about mathematics instruction and their self-perceptions regarding their own abilities and achievement.

To self test the possibility of math anixety, take the quiz below that involves 10 scenarios related to your interaction with mathematics. Consider how you’d feel in any of these situations — from no big deal to severe panick attack — and then pick the option that best describes you. Credit to this quiz goes to Professor Freedman, An expert on math anxiety. You can check out her official site to know more about her take on this issue.

1 thought on “How to test for math anxiety in kids?”