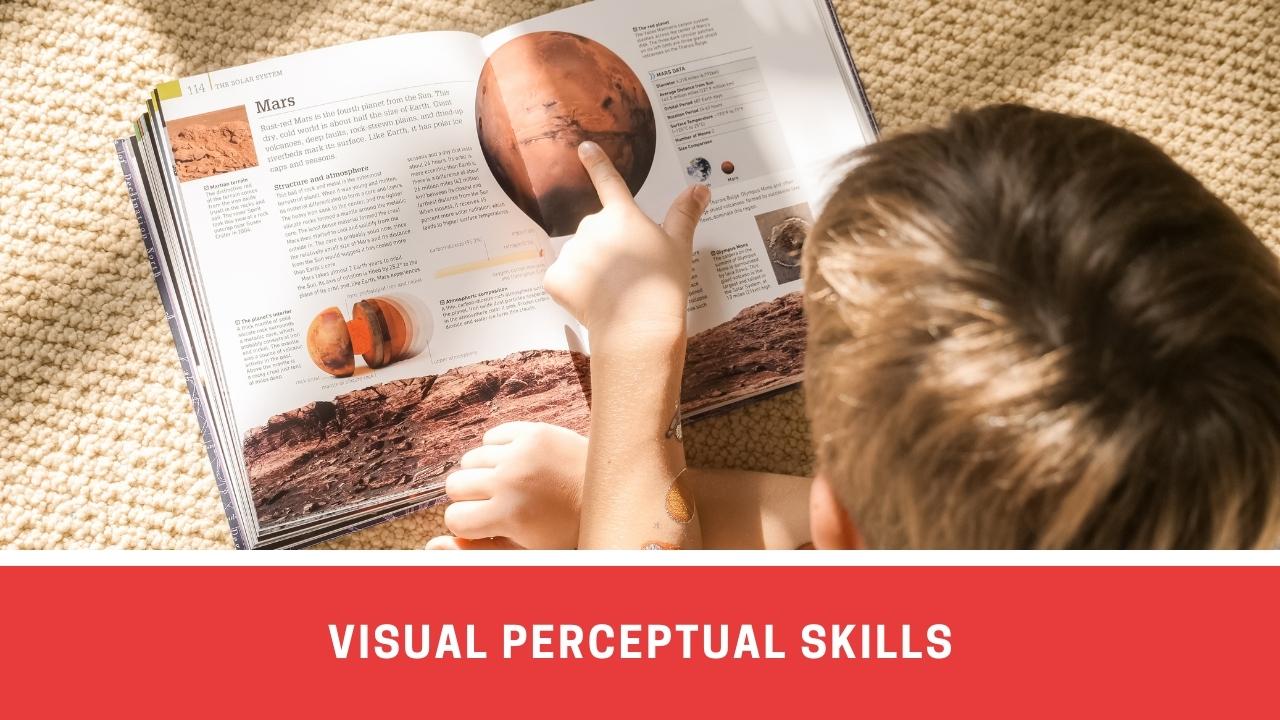 If you are able to read this, then tell me how you were able to comprehend the first letter of this sentence. Have you ever wondered what skills and abilities are required that we are able to read what’s written before us? Reading requires the ability to see and infer. But if you can make out the sequence of the alphabets, this may be accounted for in Visual Perceptual skills.

While it may not be clear by now what Visual Perceptual skill is, this article with a number of insights and definitions may assist you in comprehending it better. Check on reading through the coming lines and unveil insights about this pivotal ability.

Visual perception: What is it precisely?

The brain accumulates visual information at the phonological, visual, and episodic stages, which support the child’s reading, giving them a chance to improve their perception abilities from the young age of seven. Fluency and meaningful reading require visual perceptions, audio perceptions, attention span, and language skills.

Visual Perception is defined as the process where the receptive senses of the brain carry out day-to-day tasks with the help of the visual senses.

The senses that receive visual stimuli is a system that identifies both the object in the visual periphery and the space around it which in turn helps us in carrying out actions directly related to the things we see. Visual perception relies on the connection between the brain and what a child registers while in the developing phase.

As per this research, Visual perceptual skills give us the ability to differentiate between written letters, words, and punctuation marks. These skills also help in mapping roads and being able to put together a figure in the brain, affecting reading abilities. Therefore visual perception is to be considered a strong contributor to improving and impacting the way we move ahead in our reading skills.

The ability to see and visualize is often needed in most of the routine tasks we do on a daily basis. Comprehending the same, here we explore the most commonly used visual perception skills required in our day-to-day lives.

Visual perceptions skills- What does the research say?

As the Visual Perceptual Skills largely helped in reading, this also helped many scholars and researchers shed light on the impact of improvement in visual perception and focus on one skill at a time affecting day-to-day tasks helping in building confidence and boosting self-esteem among children.

It has been observed over the years that activities have played a major role in the improvement of Visual Perceptual Skills. Bringing in more visual directions and the use of arrows and cue cards also help in the process. Another activity that has helped in focusing is to keep one skill at a time and not to bring it in all at once. Here are some insights worth considering:

READ :   Dyslexia And Procrastination: How to manage?

A Study about visual perception problems:

Learning compromised individuals and their status of visual perception was marked out by Stefanie Pieters[5]. In his research about how the visual perception ability and motor skills are affected in math learning special children, multiple tests were conducted. The results of these implied that these special people may be substandard with respect to visual perception and motor integration to compare. Nonetheless, the level of effect often varies from one person to another.

These inferences may let us understand that visual information processing is ambiguous, and therefore there may be a need to bring up into one umbrella of learning to improvise, especially benefiting learning compromised individuals. The above activities may assist as an apt strategy.

With varying demands of distinct tasks, there are varying sets of skills needed. As a part of this, Visual Perceptual Skills are often an eminent attribute as the ability to see, observe and visualize is often considered crucial.  Be it for students, adults, or those in varying professions; visual perceptual skills are often obligatory. Check out the above insights regarding these abilities to ensure a gripping idea of the same.