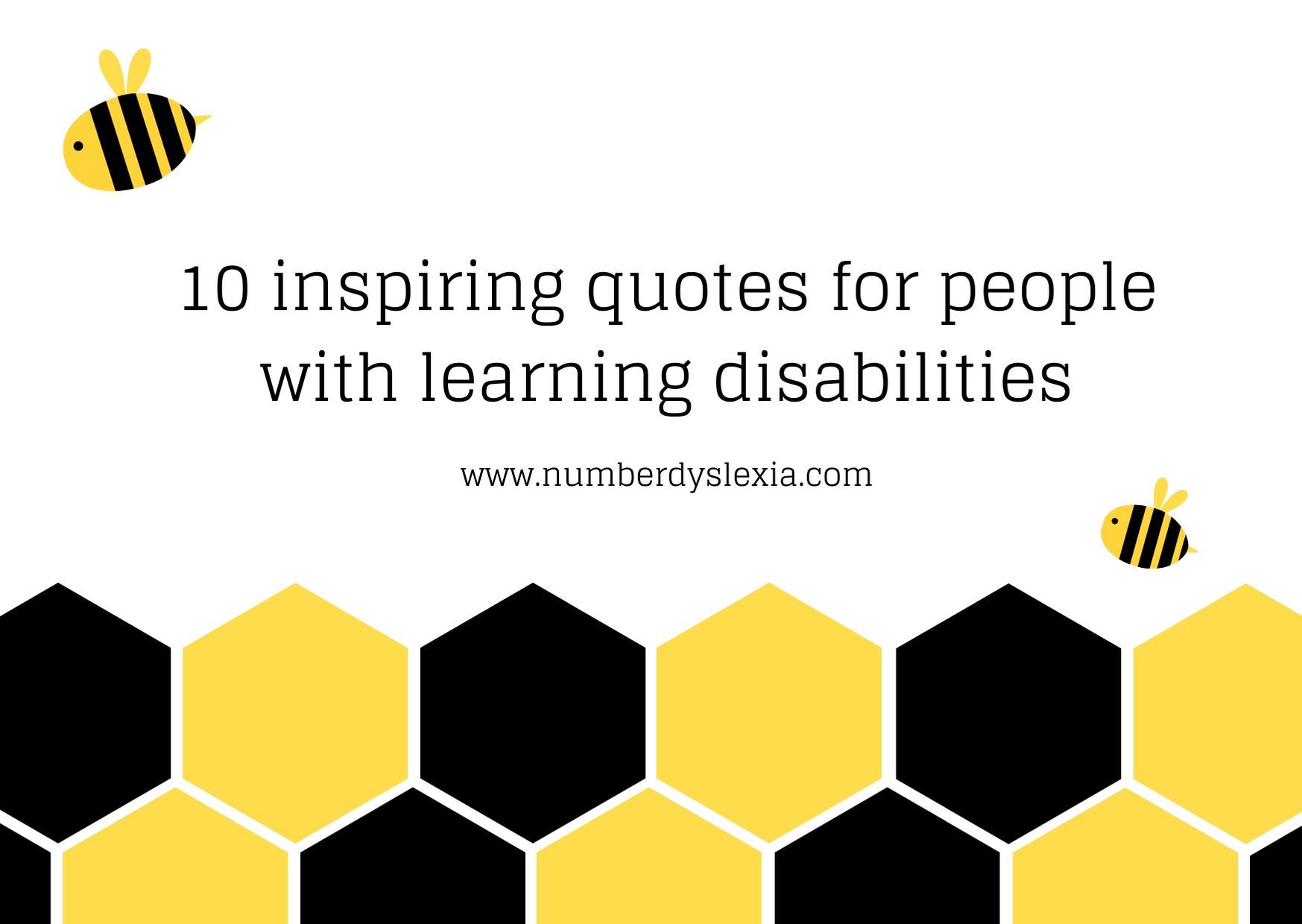 In situation like these, Parents and Teachers can help them get out of it by consoling. They should be told about the greatest personalities with similar circumstances that lived on our earth and how they beaten the odds to achieve the greatness. If they can achieve it then anyone can.

Don’t let anyone or anything limit your capabilities. Learning disability may hinders your pace at some place but at others it could be a great gift.

If you are feeling down today, we are here to lift your spirits up. Here are the top 10 inspirational quotes for people with learning disabilities.

“Once freed from archaic schooling practices and preconceptions, my mind opened up. Out in the real world, my dyslexia became my massive advantage: it helped me to think creatively and laterally, and see solutions where others saw problems.” —Independent.co.uk

“I never felt like a victim. Movies kind of saved me from shame of putting it on myself, from making it my fault when it wasn’t. You are not alone, and while you will have dyslexia for the rest of your life, you can dart between the raindrops to get where you want to go. It will not hold you back.”

“You can’t put a limit on anything. The more you dream, the farther you get.”

“Failing isn’t a problem—interesting things happen along the way, as any entrepreneur will tell you.  After all, I haven’t actually become an astronaut, but I still hope.  And in the meantime, I do get to space with the instruments and technology I help create…Dreams don’t show up on government surveys or school league tables, but they are the fuel that makes us want to get up and get on.  For young people to feel that the low road is the only one available to them is nonsense. We won’t climb out of recession, or meet the challenges of climate change, by thinking small.”

“I believe that if life gives you lemons, you should make lemonade… And try to find somebody whose life has given them vodka, and have a party.”

“Don’t let it stop you. It has never held me back.”

“When I get into trouble at school I’d like to take an invisibility cloak, drape it over me and sneak out the door. Or I’d like to have a 3 headed-dog because then no one would argue with me.”

READ :   7 Story Books For Kindergarteners To Learn Sequencing In A Fun Way

“Dyslexia made me more introspective. Made me more thoughtful, maybe slightly slower in how I do things because it takes me a minute sometimes to figure things out.”

“Dyslexic kids are creative, ‘outside-the-box’ thinkers. They have to be, because they don’t see or solve problems the same way other kids do. In school, unfortunately, they are sometimes written off as lazy, unmotivated, rude or even stupid. They aren’t. Making Percy dyslexic was my way of honoring the potential of all the kids I’ve known who have those conditions. It’s not a bad thing to be different. Sometimes, it’s the mark of being very, very talented.” —RickRiordan.com

“People succeed at just about anything they’re genuinely enthusiastic about.”

“There is nothing else that so kills the ambitions of a person as criticisms from superiors. I never criticize anyone. I believe in giving a person incentive to work. So I am anxious to praise but loath to find fault. . . . I have yet to find a person, however great or exalted his station, who did not do better work and put forth greater effort under a spirit of approval than he would ever do under a spirit of criticism.”