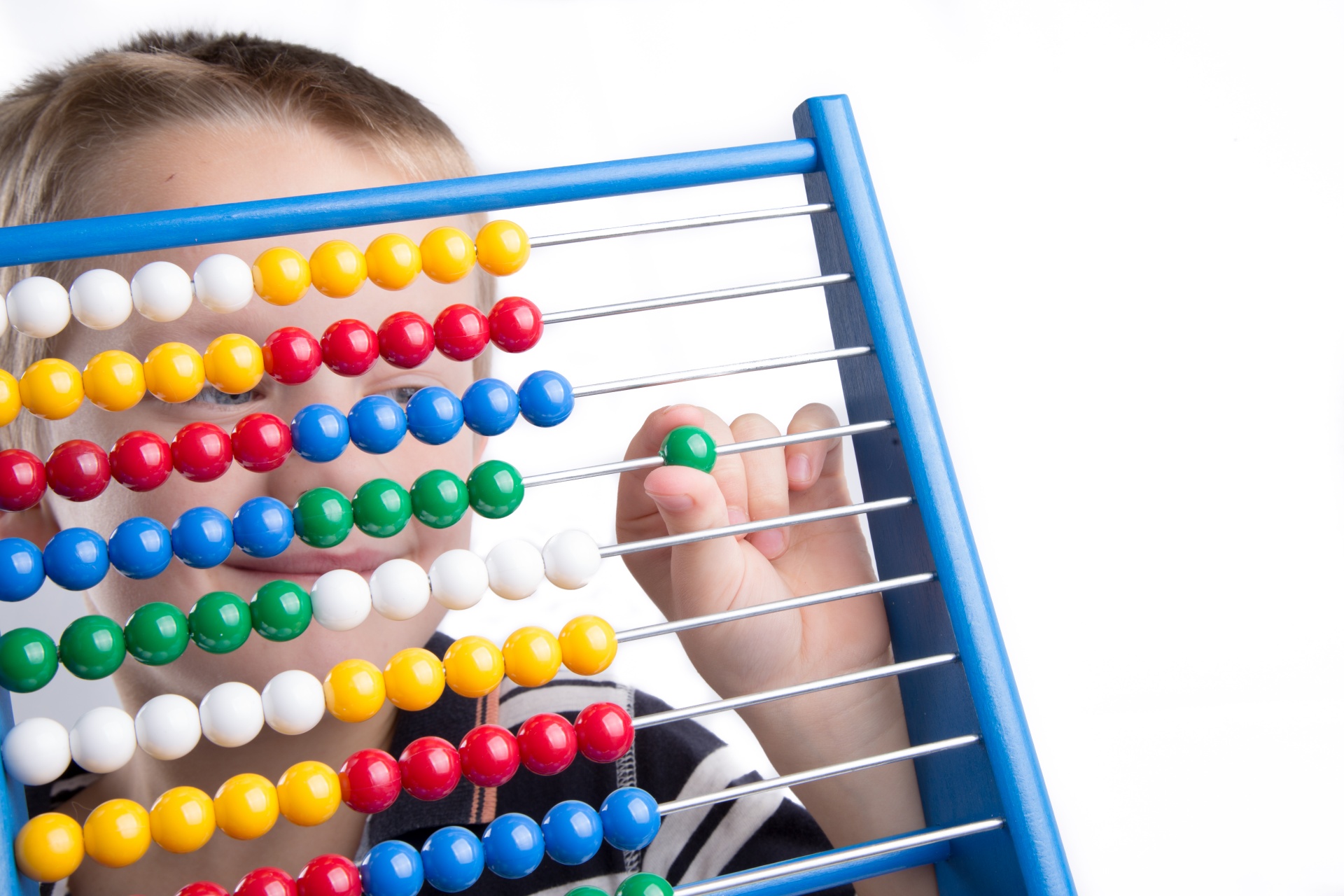 Abacus is one of the most remarkable innovation in the education industry that the human kind has ever achieved. It follows an interactive approach to train your mind with maths fundamentals to a whole new level. Abacus is used all over the world as one of the important measures to develop mental math abilities.

For all of you who still don’t know what we are talking about, Abacus  is  a manual aid to calculating that consists of beads or disks that can be moved up and down on a series of sticks or strings within a usually wooden frame. It is consider one of the best way to develop number sense. Numbers are physically constructed and manipulated in Abacus. Practicing 10-15 minutes daily can effectively build your math calculative skills.

Abacus is not a new invention, it dates back to 2700–2300 BC in the Mesopotamian period as a form of Sumerian abacus. It had gone through series of modifications in different period of time, at different parts of the world leading to what we call ‘School Abacus’ that we use today. To understand the abacus, its really important to learn about its beginning and how it reached its current state. So, this post is all about the different types of abacus and their uses.

Instead of rows and strings, Ancient Romans use to move stones as counters up and down on a smooth table for calculation. The Roman Abacus was developed for the work of moneychangers and bankers, businessmen, and engineers. The abacus is made ​​of a metal plate where the big ran in grooves. Other than this, the Romans also invented three different types of abacus.

READ :   Orton Gillingham Approach: Everything You Need To Know

2. The Suanpan or Chinese Abacus

The Chinese abacus, known as the suanpan usually contains more than seven rods with two beads on each rod in the upper deck and five beads each in the bottom. Each of the two upper deck beads has a value of 5, while the lower deck beads each have a value of 1. The wires represent the powers of ten.

It is made out of hardwood. The suanpan abacus was first mentioned in a 190 CE book of the Eastern Han Dynasty, namely Supplementary Notes on the Art of Figures written by Xu Yue.  Similarity of Roman abacus with Suanpan sheds a light on the inspiration behind its development.

Derived from Chinese Suanpan, Soroban was developed in Japan in 14th century. Beads in Soroban are made of woods with metal rattan or bamboo rods to slide up and down. Japanese abacus is still used today, however, its legacy is overshadowed by widely used modern electronic calculators.

Lee’s Abacus is majorly described as an improved version of suanpan and soroban abacus. It was invented in 1950 by the Lee Kai Chen in Taiwan. It basically incorporates features of both chinese as well as japanese abacus. One merit feature of Lee’s improved abacus was that its really easy to operate and learn for the beginners.

The notation system that each rod represents a definite digit and each bead counter, a specific number, leaves no doubt whatsoever even in the mind of the very beginner. Thus, its easy to carry out various arithmetic operations through this abacus faster and more efficient than the old-styled abacus.

READ :   7 Examples Of Story Retelling | Why is retelling important for kids?

The main difference between Russian Abacus and chinese abacus is the position of the rods. The rods are placed horizontal in the Russian Abacus. The beads are slided from right to left. A typical schoty abacus measures 28 cm wide and 46 cm in height.

It is necessary to put the abacus in such an angle on the desk that the direction of the right hand movement coincides with the wires of the abacus. This is similar to the direction of a book where you are writing. Also, the rods are slightly curved to prevent back sliding of the counted beads.

Rekenrek or arithmetic rack is not just another type of abacus but its functionality is quite similar to abacus in learning arithmetic. So, its a version of abacus and we have to put it in the list. It is a learning tool  designed by Adrian Treffers, a mathematics curriculum researcher at the Freudenthal Institute in Holland, that provides visual  perspective of number relations and various mathematical operations, It consists of two rows of 10 beads. Larger versions with ten rows of ten beads are also available. Each row is made of five red beads and five white beads. The setup allows students to prepare a mental image of numbers and use it (5 or 10) as an anchor for counting, adding and subtracting.

Recent developments have shown that abacus is no longer limited to perform arithmetic operations. It can also be use to explain how computers manipulate numbers. Binary Abacus performs one such function by teaching conversion of decimals into binary. A series of beads in parallel wires are arranged on three separate rows, with each bead representing counter as “on” and “off” or “1” or “0”.

Cranmer Abacus is actually a modification of exisiting abacus to support learners with vision disability. This abacus was developed by Tim Cranmer. The abacus allows the learners to manipulate the beads that would lead to more in depth understanding of numbers than using calculators. This can be used in calculating numbers that involve arithmetic processes like addition, subtraction, multiplication, division, and to calculate square roots and cube roots as well.

The idea behind this is to use a piece of soft fabric or rubber behind the beads to prevent any accidental movements. The capabilities are further enhanced if used with braillewriter for practicing calculations. A typical cranmer abacus measures 6 1/8 by 3 ¼ by 7/16 inches.  Most of these have 13 rods but some do have 15. In each rod it contains one bead that is located above the crossbar and the other four beads are located below.