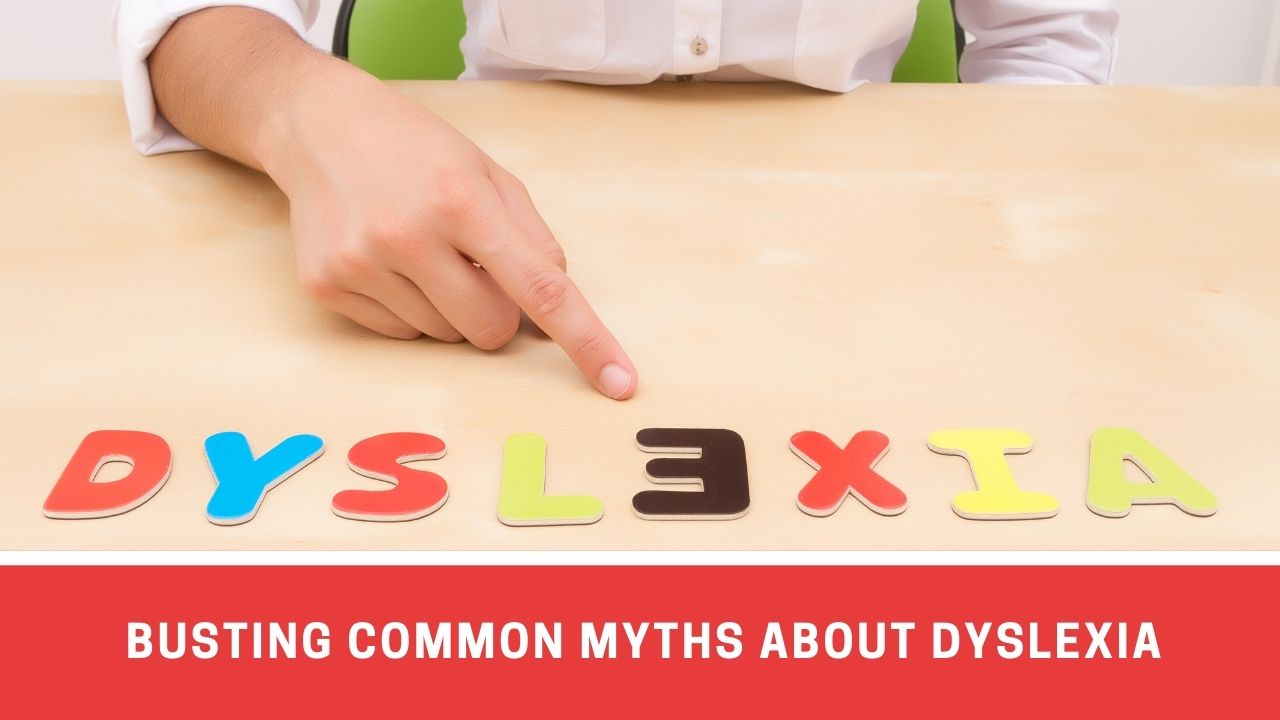 From the day Adolph Kussmaul[1] discovered reading and learning challenges, the concept got relevant insights ensuring the public has better knowledge in this field. Nevertheless, while some queries are still unanswered, some myths got admiration due to various reasons. Comprehending the truth and logic can let an individual explore probable strategies to ameliorate. Consequently, traversing through common myths and busting them turns crucial.

Comprehending the righteous information is the base to analyze a scenario and make plans to improve it. Here are some common myths that may need to be addressed. Relevant proofs are provided to bust the facts behind.

1. Reading and writing backward is the main sign of Dyslexia

Many people are not aware of the compromise’s attributes, and many perceive it to be the problem in reading backward. While this can be one of the symptoms of Dyslexia, not all have such challenges. Most of the reading and learning difficulties arise due to weak phonemic awareness. Robin L Peterson[2] confirms that, neurobiologically, dyslexia is characterized by dysfunction of the normal left hemisphere language network and also implicates abnormal white matter development. The study related to reading experience shows up that neural differences may sometimes lead to these causes instead of Dyslexia. These inferences may lead to conclude that reading and writing backward can be due to neural reasons, and not just by Dyslexia.

2. Poor IQ in Dyslexics is the reason for reading –

IQ in people with reading compromises can vary to a great extent and has often no link with the reading abilities. Hiroko Tanaka[3] studied the relation between IQ and its effect on reading abilities in 131 children with high and low IQ scores. The results showed that regardless of IQ, poor readers have similar kinds of reading difficulties in relation to phonological processing.

3. Children able to read are relieved from Dyslexia

With frequent practice and thrust, one can ameliorate their ability to read over time despite being Dyslexic. Being a good reader, they may still take time to comprehend. This implies, Dyslexia is not just linked to the ability to read but also to comprehend language. This is the reason why such people often feel it arduous to express themselves despite being aware of words.

Teija Kujala, in his research[4] outlined that dyslexia is a linguistic processing inability, which leads to complex tone pattern failures. This implies that such individuals, even though able to read, can have issues with the processing of the language.

4. Dyslexia is a English reading Compromise

Dyslexia, by definition, is the inability of an individual to read and learn the language. Such compromises can occur in any language, along with English. However, the level of complications may differ between languages. For instance, the Spanish language has 22 phonemes, whereas English has 44. Evidently, English can be complicated to grasp. Furthermore, in languages like Chinese, the prevalence of Dyslexia is higher. Brendan Weekes[5] has studied the major reasons for errors in the language of Chinese, especially when these are irregular.

Dyslexia may be linked to Vision issues; nevertheless not every dyslexic has vision issues. A publication by the American Academy of Pediatrics[6] stated- most experts believe that dyslexia is a language-based disorder. Vision issues may come across the learning procedure, nevertheless, these are not the primary cause for learning disabilities. Even evidence in the past doesn’t prove that any of the eye exercises, behavioral vision therapy, or special tinted filters or lens can improve educational performance if vision issues are caused by dyslexia.

Kids with Dyslexia often understand letters mirrored. It is often seen that ‘3’ is written as ‘E’. This happens due to their challenge in comprehending the symbols and letters properly.  They see all the symbols as it is and not backward.

Sally E. Shaywitz[7] mentioned that in contrast to a popular myth, children who have dyslexia are not unusually prone to seeing letters or words backward. Rather, they have significant difficulty in naming the letters, often calling a “b” a “d” or reading “saw” as “was.” The problem is linguistic, not visual.

7. Smart People are not Dyslexic

A recent study of brain-imaging showed that reading difficulties are evident in people with all intelligence levels. This implies intelligence and Dyslexia are not related. Many CEOs, entrepreneurs, musicians, writers, and people in various niches are Dyslexic. In fact, Smart people create a master plan focusing on their strengths.

8. Dyslexics are confined to choose among a few careers.

Some compromises may stipulate dyslexics to work harder to manage certain attributes. Nevertheless, these when managed can create a scope to aspire to all professions. Rosalie P. Fink[8] outlined that it’s never too late to imagine and pursue an interesting, challenging career based on passion. If individuals with dyslexia lack the necessary background and training but are interested in pursuing challenging fields, career counselors can brainstorm with them to help figure out how to obtain the necessary training.

9. Dyslexia can be Cured Completely

Dyslexia is often a compromise by birth. An article by Timothy J. Legg shows that Dyslexia may be a genetic link and thus is a by birth acquisition, or can be possibly acquired later. Further, he concluded that there is no cure for Dyslexia, while many approaches and tools may aid to make everyday activities better.  All this implies that these cannot be completely cured. Nonetheless, individuals can learn to manage their strengths to amplify their living styles.

READ :   October is National Dyslexia Awareness Month: Activities To Celebrate This Month in 2021

10. Dyslexia is a rare Phenomenon

The level of prevalence may vary from one country to another. But the learning compromise is not rare.  For instance, in countries like America, the prevalence is almost 5 to 15 percent of its entire population. In a few areas, it is perceived that one out of five people has learning compromises.

Realizing dyslexia facts: Why are they paramount?

Coming out of baseless myths towards facts is crucial for ensuring validity, especially in medical notions. Proper knowledge with relevant proof can lead towards befitting solutions to compete. Further, In the expedition of exploring the underlying fact, many other newer and more enticing information can be gained. All this can make certain that individuals can drastically look into self-growth managing their compromises.

Understanding the physical and mental status of self and family is crucial to ensure to keep them away from complications. With Dyslexia, the care may be a cut above. Accordingly, knowing almost everything about the scenario can not only aid in ameliorating personally and academically but also lets them away from false assumptions. This way, individuals can compete with peers with more ease.