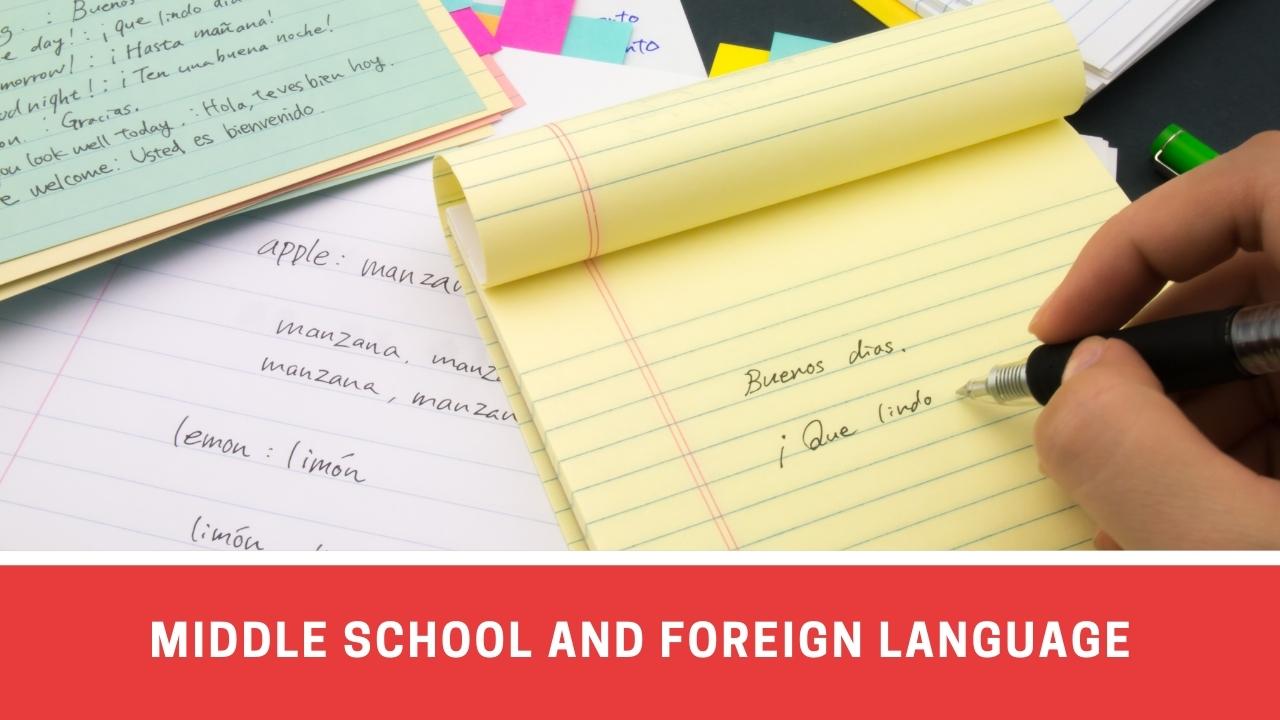 The American education system, much like the other educational systems of the world, is divided into several levels. Beginning from the elementary level to high school, grades 6 to 9, fall under the level of middle school, which bridges the educational competencies between the elementary and the high school.

The curriculum of a middle school is curated in a way that provides students with the choice of subjects that they want in their schedules, with the collaborative help of teachers, counselors, and parents to make sure that their needs for higher education are met through those courses.

Similar is the case for foreign language courses, which are offered to middle school students, to work on the oral proficiency of the language of choice, and its grammar and effectively employ methods that can make the process of learning easier and more comprehensive.

Learning a foreign language in middle school: What’s in it for college aspirants?

While language considerations are highly subjective to the language of choice and the college a student is aiming for, there are several basic outlines that can help a student in understanding if their decision to study a foreign language in middle school will help them in college.

YES, Most colleges usually undertake and accept the credits that have been accepted by the middle and high school of the student. The basic requirement for a college student is, to have a minimum of 4 years of experience in a foreign language to waive, which can be obtained either during the college years itself or during the school.

So, the answer to the question, “if the credits for the course taken in middle school would count towards college?” is :

However, there is a special exception for this. If the student chooses to study the foreign language only for one year during middle school and two years during high school, it would neither be accounted for, nor stand a chance, and the student will have to undergo training for four years in the college itself.

There are some colleges that may solely rely on the SAT subject tests or equivalent tests to judge the ability of the student in a foreign language. When the school-level languages are well learned, learners can score well on the test to add value to their middle school languages.

READ :   Everything You Need To Know About Verbal Redirection

Significance of learning a foreign language in middle school

Studies have shown that younger age along with appropriate pedagogies, the capacity to learn a new language ameliorates. Thereby, acquiring language skills right from the beginning of middle school can do no harm but be of potential benefit. Some of these benefits could be

1. Better problem solving: It has been shown through research[1] that children who are bilingual have better problem-solving skills, and it acts as a feeding matter to the brain.

2. Personality Development: Having an additional skill that enhances the curriculum output and acts as an accomplishment can help an individual feel more confident.

3. Future through a lens: having studied a foreign language through middle school allows a student to identify their interest in the particular language and allows them to make an informed choice.

4. Travel: Command over a foreign language can make traveling to the parts of the world native to those languages a lot easier.

There are several other considerations that make it imperative to have proficiency in at least one foreign language. Some of these considerations can be explained as

1. Increased Exposure: It helps in amplifying the exposure of education as language is an integral part of almost all subjects.

2. Social Quotient: Having command over a foreign language can help one feel more confident and thus help in overcoming inhibitions of social issues.

3. Professional Advantages: Having proficiency in a foreign language can allow an individual to get an edge in dealing with overseas clients and deals and create scope for better work.

READ :   Does Dyscalculia Affect Other Subjects?