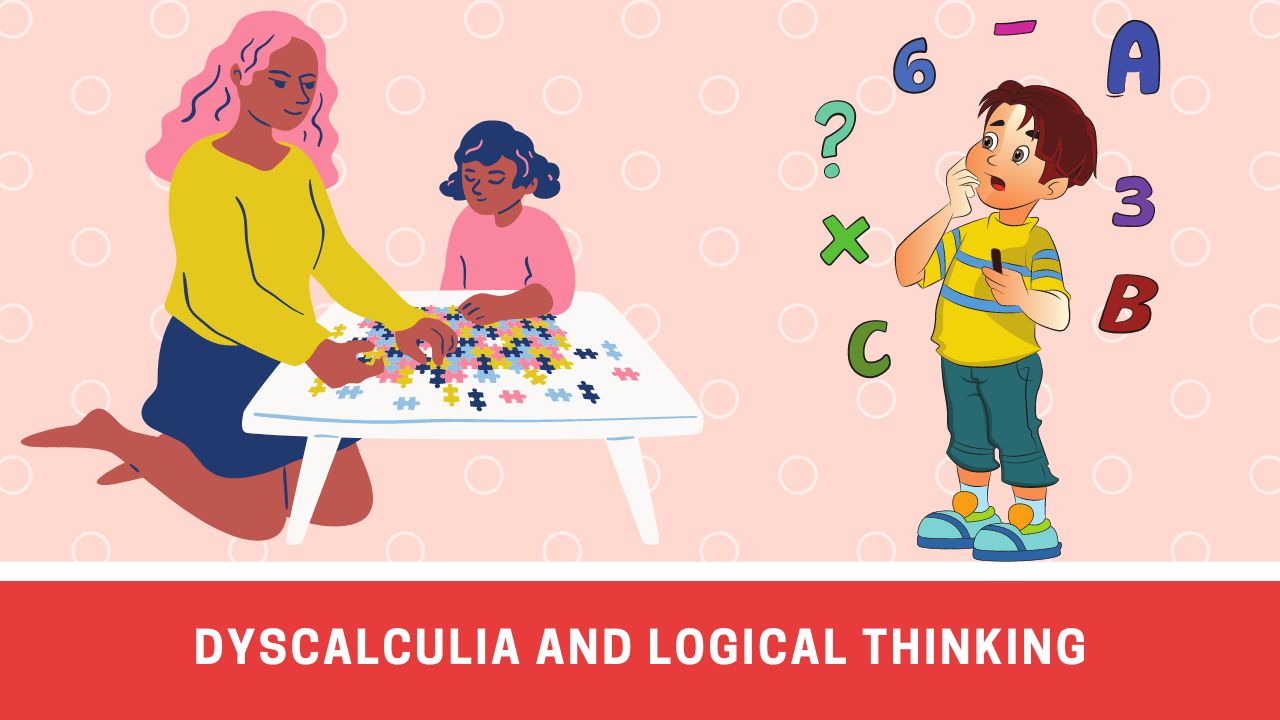 Factually speaking, math and myths go hand in hand. However, girls not being good at maths or simply hating maths is not what dyscalculia looks like. No matter how many false assumptions go around, dyscalculia[1] is a difficult condition to live with and affects almost 3-7% of children.

The origin of the disability is sometimes genetic and sometimes neurological, but since it occurs regardless of the general IQ of the individual, dyscalculia is called a learning disability. When the origin of the learning disability is other than cerebral damage, then it is called developmental dyscalculia. Common problems faced by such individuals are difficulty in remembering the core concept behind operations like addition, division, etc, confusing numbers, symbols, and numeric representation, including graphs and maps.

Dyscalculia, as commonly understood, is a difficulty related to the understanding, remembering, and recalling of numbers or numerical information and is present from birth. There isn’t any clear evidence that dyscalculia affects logical reasoning, however, several studies have found that poor mathematical abilities and poor logical thinking go hand in hand. The study by Kinga Mosanyi[3] found that mathematical achievement was in fact rooted in logical thinking and there exists a causal relationship between the two. A common cognitive pattern observed in dyscalculics is the tendency to memorize due to the inability to understand the logic behind basic number concepts. As logical thinking wants the thinker to explore the relationship between numbers, dyscalculics have a hard time trying to understand the pattern and sequencing between numbers (for instance, which number is bigger amongst 10, 20, and 60).

No matter which type of dyscalculia, the underlying problem is always difficulty in recognizing, understanding, and manipulating numbers. Combined with a lack of concentration, poor short-term memory[4], slow processing speed, and an overall conflicted relationship with numbers and logic, reasonable or logical thinking is impacted in the long run.

Dyscalculia is a neurodevelopmental disorder resulting from a neurological condition, thereby, impacting several areas of the brain and life. The learning disability that is commonly associated with mathematics, impacts one’s understanding of logic and logical reasoning too. In a study by Kinga Morsanyi[5], it was ascertained that developmental dyscalculia takes a serious toll on the logical reasoning of children diagnosed with this disorder.  The study also found that mathematically gifted children demonstrated extraordinary logical reasoning aptitude. Although there isn’t much research literature to claim that logical thinking and dyscalculia are interrelated, however, the lack of mathematical understanding acts as a bridge when trying to understand problems associated with identification, processing, and logical reasoning.

READ :   10 Cool Board Games That'll Make Geometry Interesting For You

Tips and strategies to enhance logical thinking for dyscalculics

A great way to tackle the foundation-related problem of a child diagnosed with dyscalculia is by focusing on developing a logical mindset. Logical thinking, even though it isn’t a direct consequence of a learning disability, is still something that goes unnoticed. So, here are a few tips and strategies to help such children develop logical thinking.

Visual perception[6] is a severely impacted area in dyscalculia. Most children make mistakes in identifying items, which can be distinguished easily by children of the same age. So, as they get their hands on a variety of matter, the identification involves more than one sensory receptor to help guide logical thinking.

Logical reasoning involves a lot of pattern recognition and is based on the general principles of inductive reasoning. Hence, allowing them first to explore and then identify patterns would not only help with their visual perceptual difficulties but also enhance working memory, recall, and faster processing.

Learning mathematical skills is one of the best possible ways to enhance one’s logical reasoning and thinking. While learning maths with dyscalculia might be self-defeating in itself, however, parental involvement and practical application, such as kinesthetics, can aid with interest building. For instance, asking the child about the expenditure made on groceries and helping them identify each item would be a way to make mathematics more life-oriented than paper and pen oriented.

Even though dyscalculia is sometimes accompanied by dyslexia, the learning disability doesn’t stop such children from developing verbal ability. Hence, having an open-ended conversation about the child’s mental world and introducing them to a world of literature, arts, and other forms of expression can help them build new neural pathways to solve problems.

Adults who don’t seem to understand the problem posed by the disability are often quick to lose their temper and patience with the child. However, this might only push the child away from developing a logical mindset, as the adult demonstrated a clear lack of understanding. So, it is always advised to move in bits and be as patient as one can be when handling children with special needs.

Dyscalculia is a challenging condition, not only for the child but also for the guiding figures. While the primary concern of parents and teachers is to help them with numbers, dyscalculics definitely need greater support in refining their logical reasoning. As explored above, maths and logical reasoning have close relationships, not just on paper, but biologically too. As the left brain is considered to be logical, people doing well at maths and being more analytical are regarded as left-brain thinkers. The bridge between logical thinking and dyscalculia is maths. However, more studies are needed to ascertain important links.