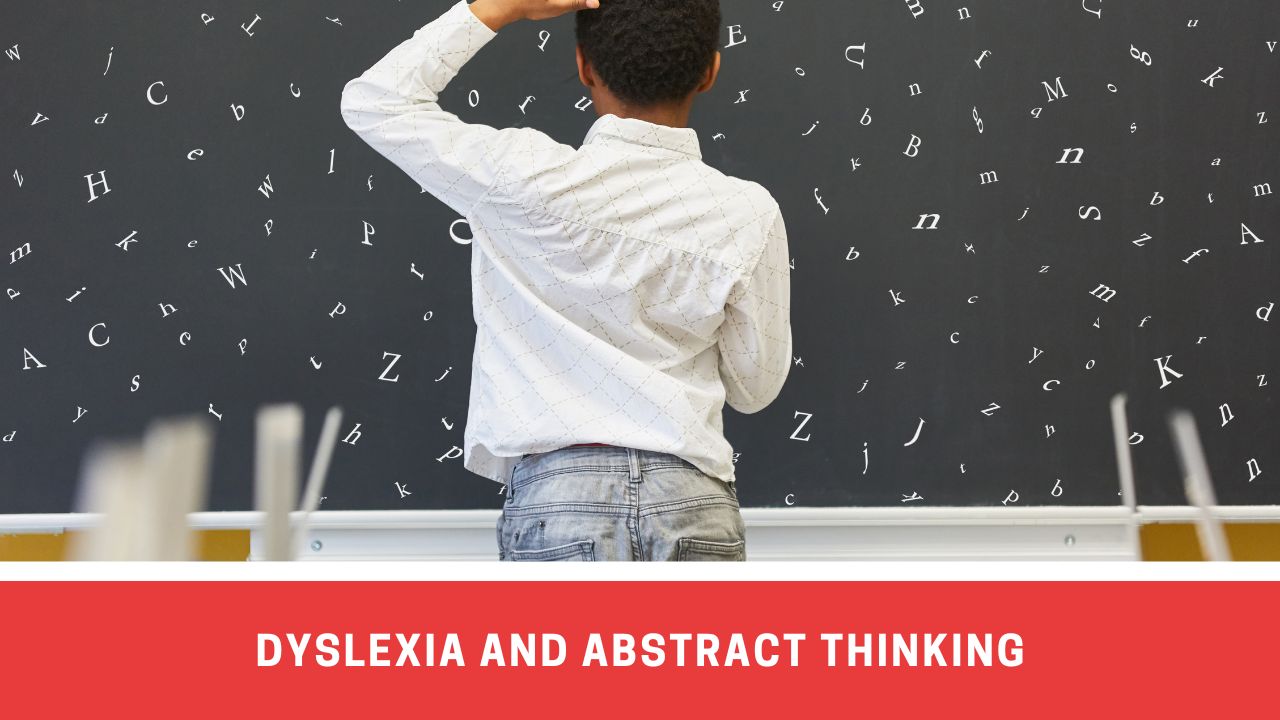 Imagine you are an amazing football player playing a game of tennis. Using your arm strength isn’t really your strong suit, but your friend insisted you play tennis, saying that is the only available option. Soon, your friend, who is an amazing tennis player, defeats you and acts quite smug about the victory. You feel disheartened and upset, never wanting to play tennis.

People with dyslexia are basically football players who spend their entire life on the tennis field. They face a lot of disappointments and failures because they are expected to perform well on verbal, comprehension, and calculation tests, all of which test concrete thinking.

Regular school curriculums do not include courses and tests that cater to creative and abstract thinking. This is the sad part because people with dyslexia spend their lives thinking they are bad at academics. When the reality is that they just need to get the opportunity to go to a football field.

Hence, in this blog, we will talk about the possible connection between dyslexia and abstract thinking.

Abstract thinking refers to the ability to think and solve problems that aren’t physically present in front of the individual. It involves thinking about the ‘why’ of the problem and its solution instead of the ‘how’. Studies show that abstract thinkers use creativity in their approach to problems and usually come up with novel solutions [1].

Visuospatial thinking and memory, creativity, and original thinking are all subcomponents of abstract thinking. Currently, these abilities are not encouraged, tested, or rewarded in traditional schooling programs. All of this leads the child with dyslexia to think they are just not good at school.

Engaging and encouraging these abilities at school, during studying and playing, can help children with dyslexia polish their unique strengths and help other children become better at abstract and critical thinking. Leveraging these unique strengths, children with dyslexia can find novel ways to understand subjects like Math and English, which are not usually their strong suits.

Can dyslexic individuals be abstract thinkers? What does the research say?

As illustrated above using various studies, people with dyslexia can be and are abstract thinkers. So much so that in some abstract thinking capabilities, they are even better than their non-dyslexic counterparts.

These abilities, when encouraged, can not only be an asset in themselves but can also be used to understand activities that are otherwise found troublesome.

A similar case was observed in Gail Saltz’s 2017 book ‘The Power of Different: The Link Between Disorder and Genius’. Schuyler, a school student with dyslexia, was encouraged by her parents to harness and employ her analytical and abstract thinking skills in all areas of her studies. She, at times, found it frustrating that the school put greater emphasis on learning names instead of understanding mechanisms. She also found it unfair that her non-dyslexic classmates got better grades because they could easily memorize mounds of information without really understanding the concept.

Schuyler did, however, use her abstract and creative thinking abilities to her advantage, so much so that English, a subject people with dyslexia usually struggle with, ended up becoming her favorite subject. She really enjoyed reading and finding new ideas, which she would often voice. She noticed that while her non-dyslexic classmates would stick to the meaning being told by the teacher, her creative thinking enabled her to bring in a different perspective every time [5].

READ :   What role might UDL (Universal Design for Learning) play for Dyslexics?

In 2013, Vlachos, Andreou, and Delliou conducted a study to understand the hemisphericity that subsequently affects thinking style preferences. They found that students with dyslexia preferred the right-hemisphere thinking style [6].

The right hemisphere has been found to be responsible for creative and abstract thinking by several neurological studies [7].

So people with dyslexia can not only think abstractly, but they actually prefer it much more than their non-dyslexic counterparts.

Strategies to develop abstract thinking if you have dyslexia

Several studies, as cited above, have shown that people with dyslexia have a stronger preference for abstract thinking. They tend to have more original ideas and be guided by their creative sides.

Usually, abstract thinking tasks start appearing in the curriculum at a high school or university level. By then, students with dyslexia who have struggled with memorization tasks tend to lose interest or get discouraged by the idea of pursuing higher education.

Focusing on their strengths and leveraging them from preschool itself can make a huge difference. Instead of suppressing their creative and abstract sides because they never lead them toward the path of success, people with dyslexia will celebrate it. They will polish these skills from a young age, honing and employing them later in a way their non-dyslexic counterparts could probably not.

In her book, Saltz mentioned the concept of developing a workaround. She illustrated various cases of people with dyslexia who use their abstract thinking and visuospatial memory skills to excel at tasks that otherwise require rote memorization.

This was the case with Schuyler, who, with the help of her parents, used her abilities to develop workarounds. She ended up loving English and calling it her favorite subject.

Similar was the case with Beryl, a student at Harvard medical school, who used her She ended up becoming a professor at Harvard and an exceptional radiologist who could notice anomalies everyone else couldn’t because she leveraged and developed her visual skills (Saltz, 2017).

Parents and teachers need to play an active role in encouraging the use and development of abstract thinking abilities in children with dyslexia.

READ :   10 Fun Months Of The Year Games And Activities For little Learners

A curriculum that expects all students to perform equally well across all types of tests is not doing anyone any favors. Instead, teachers need to take a more active role in first identifying the strengths and then stimulating the continuous growth of the same.

Similarly, parents also need to actively take a role in helping children with dyslexia to understand that just because they might not be good at one type of task doesn’t mean that they aren’t good at academics and school altogether. They need to work with the children to boost their self-esteem and develop workarounds.

This active support can help students with dyslexia in developing higher abstract thinking skills and employing the same in their academic and work lives.

People with dyslexia and their preference for abstract thinking are a special connection that needs to be nourished. Traditional schooling approaches that expect and reward rote memorization over understanding the concepts can discourage people from thinking abstractly and pursuing higher education.

It is essential that people with dyslexia find supportive people and environments at home and school that are understanding and appreciative of their ways of approaching the world.