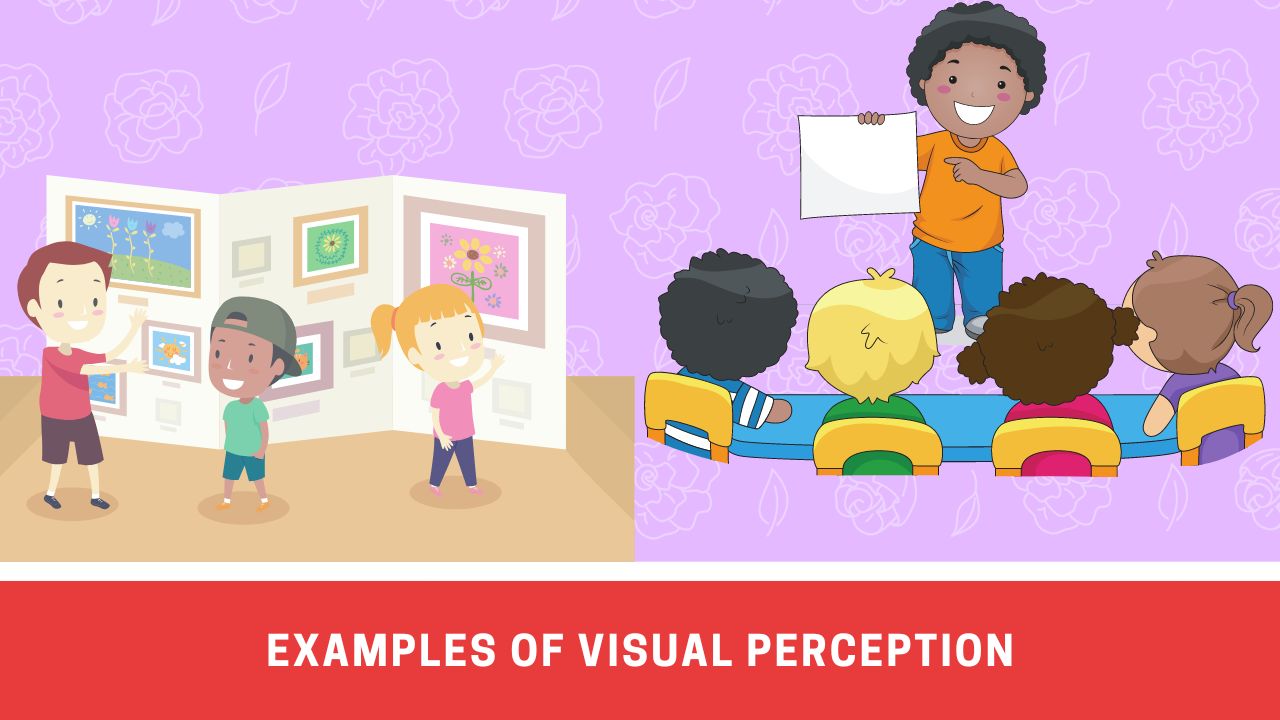 The reason you are able to see these letters, separate one word from another and understand the complete sentence is because of your ability of visual perception.

Visual perception takes place when the eyes and the nervous system, most importantly the brain, come together to perceive, process, and interpret what one is seeing. As studies have found, the brain actively works to give meaning to whatever the eyes see and decides the further courses of action based on visual perception [1].

Visual perception becomes an essential skill, unknowingly or knowingly aiding and abetting us in everything, from the most mundane of tasks to the more complex ones. We can find various examples of the same in our daily routine right from when we wake up.

1. Putting on shoes and slippers

Then when we go to dress, it is the visual memory, built out of all our visual perceptions, that helps us find socks, gloves, and shoes of matching color.

When a person is driving, it is the same visual memory that helps them remember that a big red sign with a white horizontal line means “do not stop”. It is also a visual perception that helps them see there might be a school or a zebra crossing ahead which means that they need to slow down.

Visual perception helps with spatial relations and problem-solving. This is how a person is able to pick out the shortest route to their destination. This is also how a person can tell who is standing closer to them.

READ :   Where Do We Use Averages In Daily Life?

4. Going to home, office, and school

It is visual discrimination, a skill developed from repeated use of visual perception in the environment, that helps people perceive and distinguish between their own house, office, and school from all the other buildings nearby.

Once we enter the building, it is the exact same process that helps us recognize and differentiate the people and faces we know and are friends with from the ones we don’t know.

6. Recognizing them even when upside down

Visual perception helps in maintaining size and form constancy which is the understanding that even if a person or an object might appear different from a certain angle or distance, they still have the same size and form. If a child looks at their mother upside down, it is form constancy that will help them recognize their mother even from that or any other angle.

Visual sequential memory, or remembering the correct sequence of various visual perceptions, helps us not only perceive the letters “b, c, a” but also remember that their correct order in the alphabet is “a, b, c.”

8. Studying in the class

Visual discrimination also helps in solving problems like “finding the difference”. While reading, it helps in distinguishing between similar-looking letters like “p” and “q” and “b” and “d” and even numbers like “9” and “6”.

If you go to the zoo, you will need visual discrimination to be able to differentiate between a deer and a giraffe.

While drawing and coloring, children remember to color the clouds blue and the sun yellow-ish orange because they have visually perceived that to be the color of the sun and clouds in real life and in other pictures. They were able to remember those perceptions and recall them successfully while drawing because of visual memory.

READ :   Everything you need to know about Specially Designed Instruction (SDI)

The reason why people can do crossword puzzles, solve jumbled sentences and fill in the blanks when there is a missing letter or a word is in part because of their visual perceptual skills.

What does it mean when you have a high visual perception?

It was when people tried to code computers to understand the 3-D world that they realized what a marvel our visual perception is. It is easily able to perceive objects, with all their colors, forms, and sizes, in three dimensions in the blink of an eye.

This highly complex process of visually absorbing, remembering, and understanding everything happens automatically, almost without a single thought.

Some visual perception skills are present at birth, but some higher-order skills develop as the child grows. Visual perception plays an important role in the child’s cognitive, social and physical development.

Many studies have shown the importance of vision in a child’s understanding and participation in social interactions[5]. Infants notice the facial expressions on their parent’s or caregivers’ faces and can distinguish between happy and sad by the time they are a few months old. Infants start to pay attention to faces, objects, and sometimes even something that adults pay attention to by the time they are six to seven months old [6].

Not to say that with the capacity to see or visually perceive, the person will be able to perform certain tasks. But, learning how to do the same might be a harder and longer process for the individual.

Vision is one of the basic senses. It is important to understand the reasons behind one’s impaired visual perception and seek treatment for the same, if possible. If the reason is as simple as myopia, a simple prescription of glasses can restore vision, taking away any hindrances to visual perception.

Our brain is like a muscle that can be strengthened with exercise and practice to perform certain tasks. This feature of the brain is known as neuroplasticity [11].