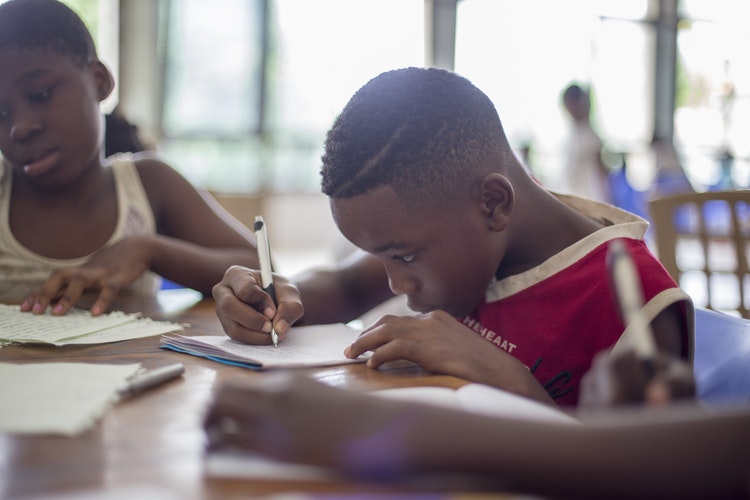 Math can be hard…like really, really hard sometimes. Certain questions are so tough to solve that you end up leaving the whole chapter thinking you didn’t understand the basic concept. You may experience panic due to fear of losing marks in the exam due to it. But, these are limited and even if you’re unable to solve them doesn’t necessarily mean you are weak in mathematics. Even A graders sometimes surrender against the professor’s tricky math questions.

But, What if it happens with every other math related exercises?

Think for a moment, Why negative emotions surround you whenever you try to solve any mathematical task? Why you just hate dealing with numbers and statistics? You feel inferior when the whole class answers the simple fraction correctly, while you still figuring out the question. In that case, it’s pretty much possible that you have ‘math anxiety’.

Dealing with math anxiety can be a daunting experience as numbers are widely used in our day-to-day lives. Both dyscalculia and math anxiety affects a kid’s performance in mathematics. But dyscalculia is a learning issue whereas math anxiety is related to the psychology of an individual opposed to maths. Math anxiety doesn’t necessarily point out a weak understanding of numbers but it can certainly get in the way of the learning process.

Take note that Math Anxiety, just like Dyscalculia, is not a disease. There is no medication for it. We always tell our dear readers that early adaptation is the only cure for a learning disorder.

It’s important for parents and teachers to evaluate any signs and symptoms of math anxiety in the kid as early as possible. It gives ample time to re-structure and adapt a new learning process to overcome the fear of mathematics. Special accommodations may be provided to students with math anxiety temporarily to build their confidence in the subject.

Signs and Symptoms of Math Anxiety

We gathered some important early signs and symptoms of math anxiety to look for in a child. Let’s take a look at them.

Two major aspects need to be considered in order to better understand the symptoms of a child suffering from math anxiety. The first one is associated with how the body deals with when the subject solves a math problem. Second, observes the behavioral changes.

Physically, a student with math anxiety may experience similar symptoms to ones with general anxiety. The only difference is the frequency and environment in which it happens. Our focus here is how the body of the child reacts when given a math problem. Some of the signs to look for:

READ :   Signs and symptoms of Dyscalculia

Keeping track of any observable physical signs of math anxiety can be difficult, owing to the fact that many students get nervous during exam hours. It’s a common scenario. While the teacher can put effort to observe any identifiable signs of math anxiety during a test, the parent needs to analyze the child’s behavioral patterns regularly. Look for any changes in the response when you are having a talk with the child.

Certain behavioral symptoms that are common in children with math anxiety:

It’s common for a student with math anxiety to feel inferior among peers. He/She never expected to know the answer to the math question. Have to be dependent on others, especially parents to solve the question or assist them in completing homework. The student may feel embarrassed when confronted with a math task in class and will hesitate to ever ask doubt to the teacher.

Good at home, bad at tests

Performing under a time frame lead students to feel anxious during test hours, especially the ones with math anxiety. A major part of brainpower is being used to keep the track of the clock, rest to solve the task. This leads them to forget the concepts which they had no issue remembering at home. The fear of failure then further impacts the concentration power of the kid. In short, the test goes horrible.

A student can develop such a negative perception of mathematics that he/she finds any excuse to avoid it. The fear of making a mistake further puts off any willingness to try. Repetitive recall of any embarrassing experience in the past may develop such notions.

Even the thought of math is enough to stress a child with math anxiety. The negative impact of stress can be observed while doing math exercises. Just about the time the anxiety ensues, the brain starts messing up the concepts. A student is unable to put his/her concentration on the task efficiently. Thoughts oscillate around concepts but can’t seem to focus.

Individuals with math anxiety generally make unrealistic, over critical statements about themselves whenever they feel anxious. They demoralizing themselves for not putting enough effort. Eventually, they surrender to the topic and believe they are incapable of doing it. Repeatedly making a mistake, they may develop a notion that they are naturally bad at this. Hence, they don’t even try to improve.