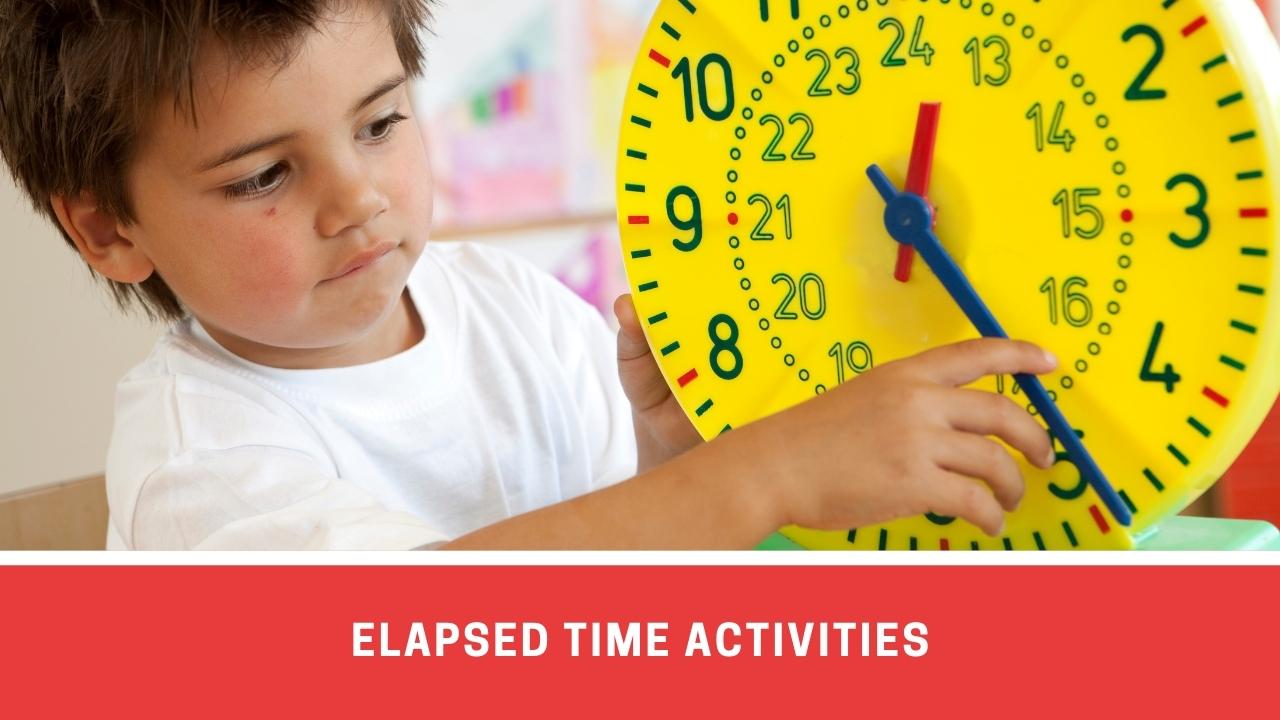 With a plethora of subjects and concepts, basic abilities like counting the number of minutes taken to complete a task often get missed out. Known as Elapsed Time; Understanding this concept benefits an individual lifelong since it forms the crucial attribute required for better executive functioning.

However, teaching through mere textbooks might not be enough; hence, the students can be involved in activities that have the power to engage a student, and make them aware of crucial topics like elapsed time in a fun creative way.

Through this post, we will focus on the importance of learning about elapsed time and activities that can help educators in teaching this concept in a logical yet interesting environment.

Learning about elapsed time: A necessity?

Elapsed is basically considered as the time difference between the beginning of a task and its ending time. Being able to understand and find elapsed time is an important skill with everyday use.

For example, if a student is asked to complete his work in 15 minutes, he begins his work at 10 AM and ends up completing it at 10:28 AM. Here, the time difference between the beginning and end of the task is 28 minutes which is also the elapsed time for the task.

Activities based on learning of elapsed time

This is indeed a fun activity that would require an empty egg carton with clocks made on paper at the bottom of the tray, and a coin or a small object. The students will be required to bring in graph papers and mark them from 1 to 12 in increasing order and choose a color of their choice.

Apart from being a fun activity, the students learn about elapsed time and graph the same time on the sheet.

This is a rather fun activity that will encourage collaborative play and extended interest in the concept through team play. For this activity, the class will be divided into two groups and a volunteer will be chosen from each team. These volunteers will be asked to carefully observe the times for the tasks involved in the activity.

The basic purpose of this activity will be the duration taken by each team to complete each task.

The activity shall come to an end by announcing the winner that took the least time to complete all the tasks. Through this gameplay, the students will automatically engage in determining the elapsed time for the tasks they complete, hence making the learning of the concept fun.

This is a rather simple activity but engaging as students will learn to apply the concept practically. This will require a carton box, numerous paper clocks with the time stamps on them, and a set of questions for which those times will become answers.

This activity will help the students in recording and calculate the time better.

4. Race To The Rush Hour

This is another engaging task that will require a clock with mobile hands and dice for each student.

This activity would help the students to understand the time after each interval from the timestamp where the hands were before. Ultimately easing the concept of elapsed time.

This is another fun game but requires more effort from the teacher’s end. This will require the teacher to create question cards that are related to finding elapsed time between countries.

This could involve giving the takeoff time of a flight from one country to another and giving the landing time for the same, where the student will be required to determine the elapsed time. It can be made fun by creating fake paper passports for the countries included in the questions and the students will be required to collect stamps of the country associated with the question which will only be given to them upon delivery of the correct answer.

So, if the question involves a flight from India to England, the student will be required to pick up the paper passport of India, answer the question, and go on to collect the stamp of England on their passport. The more stamps a student has, the higher will be their score which will determine the winner.

6. The Book Of Reflections

This is a home-based activity That will require the student to collect their timelines for their daily tasks and reflect on the same after getting back home.

READ :   I Have Dyscalculia. Can I Still Learn Chess?

After a month of this collection and reflection, the students will have a book of reflection that they can share with each other and discuss their similarities and differences in timelines and lifestyles to better know about each other.

This is a rather engaging and interesting activity for the students to understand the concept of elapsed time. Here the teacher will be required to create a mystery theft scenario, with the culprit to be found according to the timeline of the things that happened.

The mystery could involve the time at which the theft was reported, the people that were present at that time, what they were doing before that and for how long, people who were his enemies and were around, and the time that would take them to reach him.

Such clues will require the students to determine the elapsed time between each of these activities to find out the criminal. This will help them don the hat of a detective and solve the crime through the power of elapsed time.

The concept of elapsed time requires students to create and understand the relationships between the time a particular task began at, and the time it got finished at. While some students might be quicker in forming those mental relationships, it can take time for other students. Having an understanding of such crucial concepts helps the individual in organizing and scheduling their day, prioritizing tasks, and meeting deadlines which ultimately leads to better time management. This post helps the educators to use the activities to help the students understand the concept better due to their extensive usage in our daily lives.