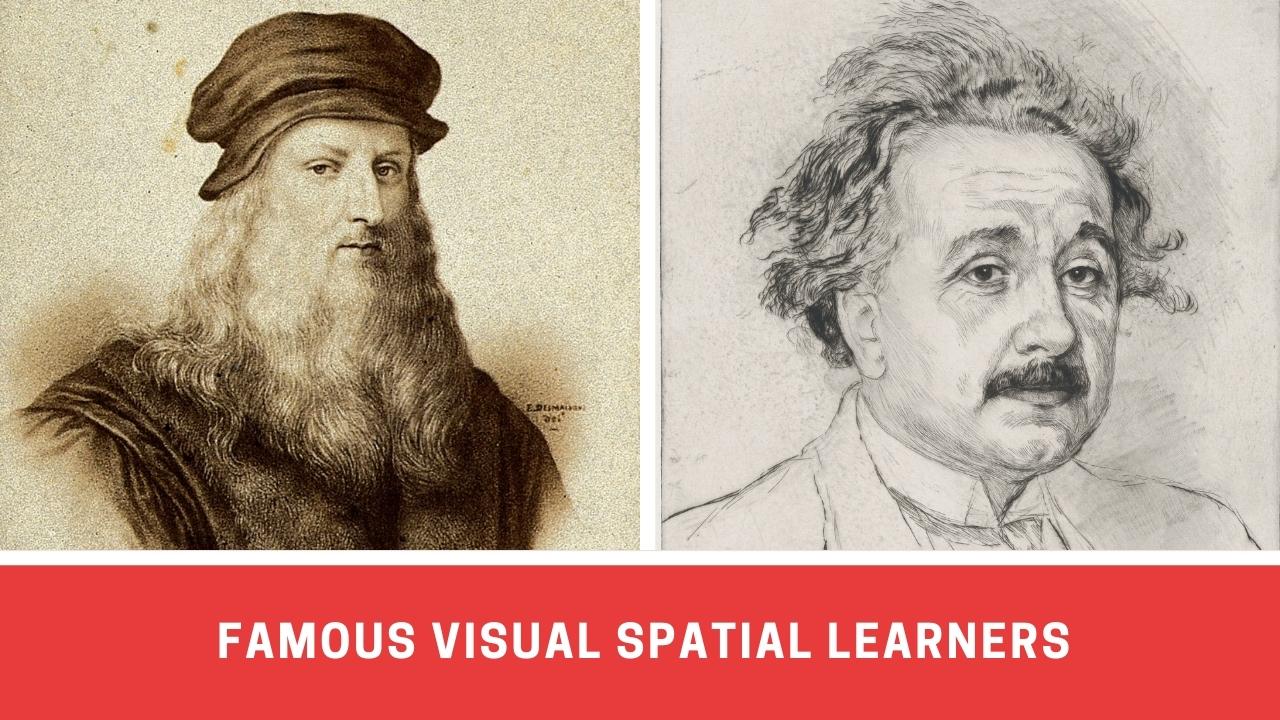 “I learn through visualizing pictures, and then, I dig those deeper to get more knowledge about it” – it is a way of learning that contrasts with the sequential learning process. Also, it is not what you see in the usual classroom sessions where the focus is more on auditory-sequential learning. But, does this mean the intelligence of such learners is anyway less? The answer is a big No! In fact, it is a different type of intelligence and is categorized as visual-spatial learning. Learners of such type absorb things by visual means and try to find how those behave in spatial orientations. It was described as Visual-Spatial intelligence by Gardner in his multiple intelligence theory[1].

Who are visual-spatial learners?

The education system comes with its limitations of time. It is a common tendency to brand any learner as lame or intelligent depending upon the time taken to grasp any concept or acquire a new skill. But, this tendency may lead people to overlook the in-borne special skills of any person not comfortable with conventional learning methods. For many years, the students who could not conform to conventional norms of studying thought themselves to be stupid and dropped out of school to avoid social rejection. With the increase in awareness and use of tests, the situation has improved and different types of learning styles have been identified. Visual-spatial learners[2] are unique in their own ways and display the following characteristics:

READ :   What are the 504 Accommodations for Learning a Foreign Language?

A few of the most famous visual-spatial learners who proved their mettle in the respective fields are enlisted below. Though there is no direct evidence for branding them as visual-spatial learners (lack of awareness around this term could be the cause), the way they created things and demonstrated innovative ways of thinking hint at their being these gifted learners.

Visual-spatial learners have a unique view of the surroundings and have high creative abilities. Their high-order thinking ability allows them to be a master of visual arts. They use creative outlets like painting, modeling, etc. to self-express. Picasso is one of the classic examples of visual-spatial learners. He proved to be an entire school of painting because of the exceptional vision and spatial intelligence he poured into his work. Cubism and modern art are the specialties of this painter; his style reflected the mood of the eras through which his life spanned.

Frank Lloyd Wright was a legendary architect. His buildings ooze his spatial intelligence and the gifted vision that came naturally to him. In his autobiography, it is mentioned that his mother declared that her son would grow up to design spaces and structures, and accordingly, decorated the kid’s space.

A few lines where he mentions that he spent several years playing with cubes, spheres, and other blocks of different shapes hint at his strong visual-spatial abilities. He got admission to the University of Wisconsin-Madison as a special student. His buildings had amazing geometrical influences and conservative style, which he termed ‘bootleg’ houses.

Fighting through years of neglect and instability due to a dysfunctional family, he found solace and pride in being one of the most gifted architects of the USA and made hallmark buildings which he fondly called Wright Space.

The curious case of Albert Einstein points to the need of assessing the visual-spatial ability of children at an early age. This gifted scientist did several path-breaking discoveries and gave us a better understanding of the world around us. He was always considered an average student and ended up being a school dropout after finishing primary school. Some stories hint at his being dyslexic; had there been visual-spatial ability tests available, he might have got the recognition as a visual-spatial learner. It is estimated that Einstein’s IQ could be 160-180. It was for his spatial and visual abilities that he could fathom the deeper secrets behind various phenomena and gave us the concepts like Theory of Relativity, etc.

Leonardo Da Vinci was a man with multiple talents. He was an artist, a painter, a musician, an inventor, and also a military engineer. Though he didn’t have a prolific academic career, his creativity and vision for inventing new things were quite evident from an early age. Christened as ‘The Renaissance Man’, his visual-spatial intelligence enabled him to think beyond times. It resulted in many time-forward inventions like parachutes, hot air balloons, self-propelled carts, etc. His painting ‘Mona Lisa’ is the ultimate masterpiece and so is his other painting ‘The Last Supper.’ His example proves that limitations in reading and writing do not mean a disability; it just means that the learning style may be different!

Georgia O’ Keeffe was an accomplished American painter who had mastery in abstract painting form. Her visual-spatial richness is evident from the fact that she could merge water and oil color with finesse and create appealing outputs on the canvas. Her tasteful, abstract presentation of flowers, and ability to capture the sublimes of nature translated into some of the most visually appealing works.

Realism and modernistic ideas are the themes that base her work. It is said that teachers recognized her ability to cultivate and paint. With the determination to make the best of her virtues, she rose to become one of the finest painters in American History!

Conventional methods of learning include moving from pieces to whole. This may not be the way everyone feels comfortable about grasping concepts. A complete cognitive profile making of the students points at the prevalence of different ways of learning styles. Visual-spatial learners are those exceptional talents that could visualize things and adopt a different take leading to discoveries, inventions, and pathbreaking findings. The examples mentioned above show that unique learning styles by means of visual-spatial thinking have been a strong proponent in the world’s transformation in yesteryears.