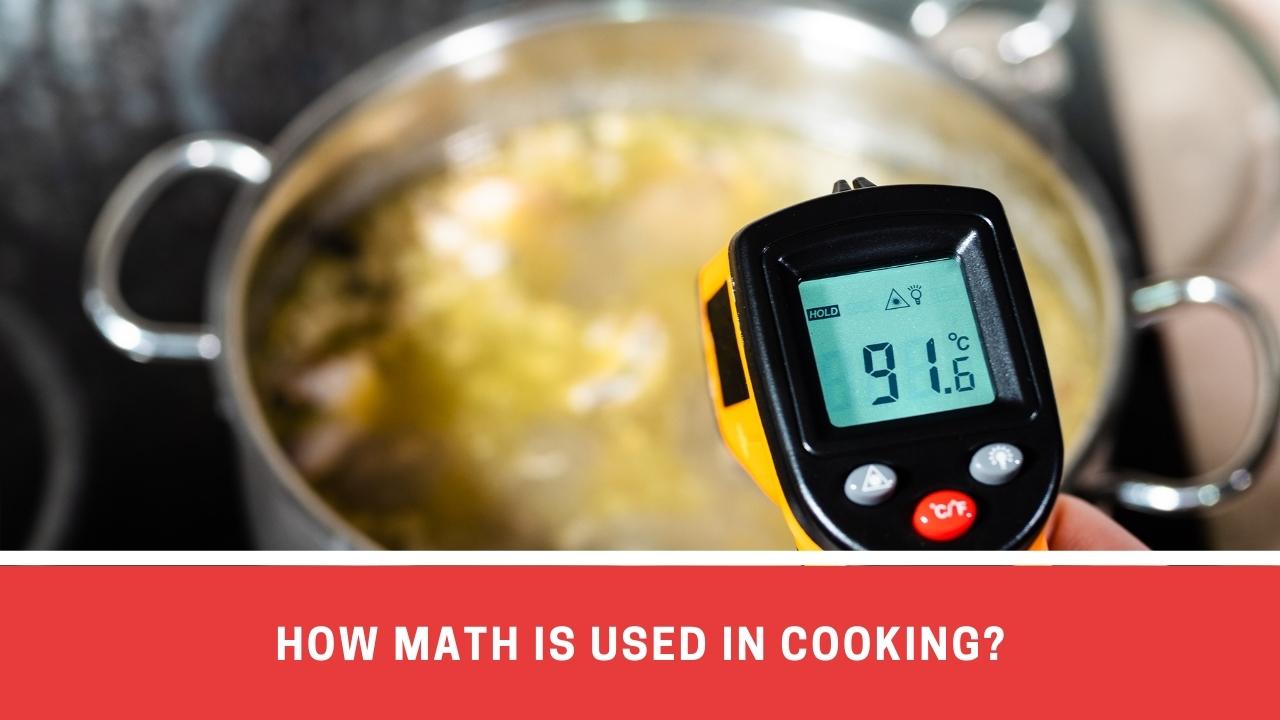 Can we envisage a world without maths? Being a distinctive medium to acknowledge our milieu, numerals have a large number of applications. Whether in engineering or construction, math is everywhere. Not all know that computations are crucial in cooking too. You may need to calculate how much salt needs to be added or figure out how much time a dish takes to boil. For hundreds of years now, cooking has been shaking hands with math. Fascinatingly, math used in the kitchen is known as Culinary Math.

In this post, we will outline what culinary math is and also explore how math turns crucial in the kitchen.

Culinary math- All you need to know

Mathematics plays a critical role in culinary arts. Obliging tools like spoons, scales, and measuring cups assist in composing a lavish recipe. A chef’s routine is never complete without calculations.  Be it estimating proportions, inventory, or calculating the cost of a serving, numbers always stay handy.

Culinary math, accordingly, is a board signifier of various operations needed to be eloquent and swift in the kitchen. Like any other math stream, it also incepts with basic addition, subtraction, multiplication, and division, and then flicks through ratios and percentages and conversions of units.

The initial and most salient application of math in the kitchen can be remarked in designing Culinary formulas. A fixed set of pre-established ingredients set forth in percentage by weight with instructions to process it standardized to make any food product consistently accounts to a Culinary formula. Here the sum of all ingredients always totals to a hundred percent.

The culinary formula is often confused with being a recipe, which is a set of instructions with ingredients to prepare a dish. The outcomes from a recipe may vary from one chef to another, maybe due to personal errors or inaccuracies. However, the culinary formula is strictly followed, thus always inducing identical outcomes.

Importance of measurements in kitchen

Professional Chefs often debate if they should measure every ingredient for a dish. While some believe measuring interferes with the creative process, there are several reasons why measurements are pivotal.

Measurement of ingredients establishes a professional setup in the kitchen. Ensuring exactly the same amounts of ingredients can make patrons expect the same taste every time. Because of this, popular restaurants always prefer measurement. Additionally, uniquely crafted recipes are developed with intensive research, including certain predetermined amounts of each ingredient.

Evidently, people often depart from the magnitude of measurement in their home kitchens. This may not be an issue for experts who have tested proportions for several years. But imbalances in ingredients may affect the texture and appearance and lead to a mere catastrophe. Ultimately, it is easier to add than to remove it.

Math in cooking- Applications that may entice you

Not only in composing Culinary formulas, but measurements in cooking can also have a range of applications. Because of this, culinary math is grasped as one of the salient subjects for training culinary artists. Here are some common yet admired applications of culinary math:

Not only temperatures, but you may also convert between any two different culinary units. For instance, you can convert kilograms to pounds by a simple formula:

Indispensable role of math in nutrition

Nutritionists account for an essential part of the food industry; they propose ideas and stipulate proactive ways to aid people to eat better and enjoy them, concurrently enhancing their health. Just like Chefs, these dieticians too often deal with numbers. In clinics, they measure the dosages, fluids, and micronutrients needed for the needy; all these need algebraic knowledge. Similar notions along with differentiation and integration may be employed in research settings where things get intricate.

Nutritionists calculate parameters like weight alterations, body fat percentages, diet plans, and food properties, which entail all necessary math concepts. Even though grilled chicken is healthy, the amount of it to be taken is calculated by dieticians based on a person’s weight and health status.

Math is probably an affectionate subject that has bonds with all specialized areas. Be it arts or cooking, applications of numbers are everywhere.  A chef sprinkling a pinch of salt also encounters math behind it., thus we can descry how deep math is blended into culinary arts. Felicitating the same, a number of courses for culinary math have been developed around the world to make chef aspirants comprehend its significance. Hereafter, don’t forget to notice round cakes and cheese cubes to recall math is everywhere.

If you find this post helpful, then please help us spread the word. Share the post with your friends, family, and colleagues. Do not forget to subscribe to our updates. Any suggestions and recommendations are appreciated. You can reach us through the contact form and we will get back to you shortly.