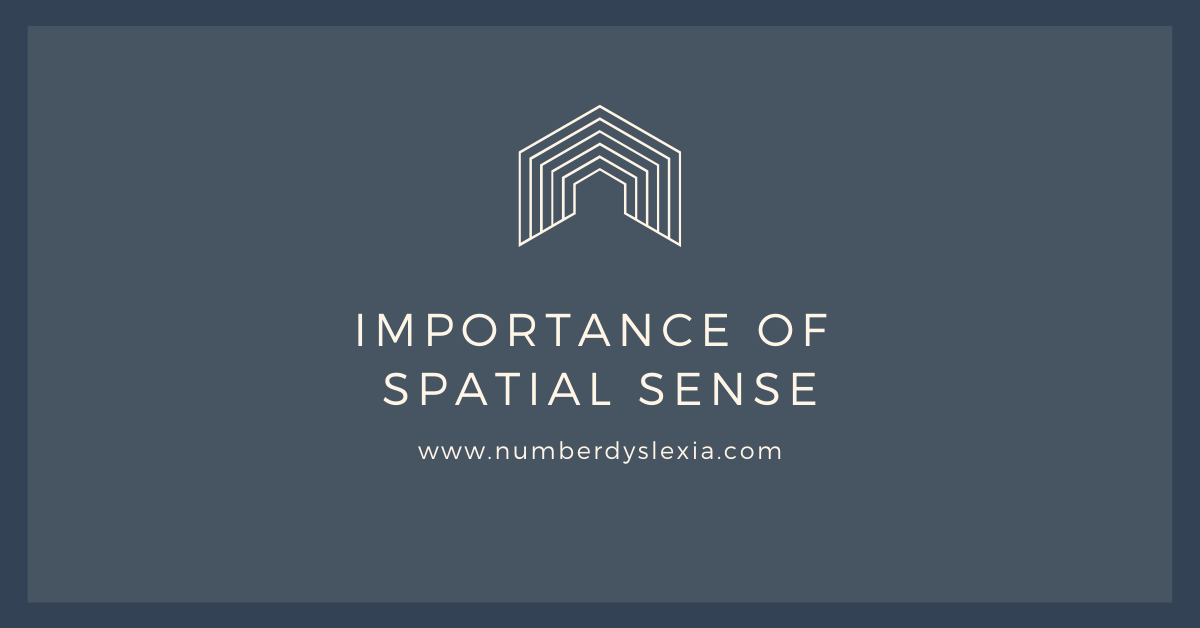 What is Spatial Sense?

If you often caught yourself in brown study, like I do on regular basis, then at some point, you may have reached a state where you began acknowledging the abilities of your body that you just take for granted daily. While I was wondering through my own chain of thoughts, couple of questions came across my mind like what exactly defines my position in space?  How do I know where I am sitting? How do I know what’s behind me and how do I know what’s above me or below me? Well, There is a science working in the backend that helps me correlate myself to my surrounding. In professional term it is called Spatial awareness or Spatial senses.

Importance of Spatial Sense in kids

As we discussed already that Spatial sense is one’s awareness towards things around him/her. If you are able to describe and classify an object in terms of its shape, size, position, direction, and movement in relation to the physical world where it exists, then you have strong spatial sense. Spatial awareness is a cognitive skill that children must develop or are expected to develop at an early stage of brain development process. It is the backbone of science working behind one’s visual perception of an object. Spatial sense is necessary for understanding various geometric aspects happening in the real world. Let’s take an example of a toddler playing with a toy. The fact that he knows how far to go in order to reach his toy or how far to throw in order to put ball in the goal, all comes under his spatial abilities.

There is no single explainable cause of poor spatial sense in an individual. A study shows that  genetics do play an important role. However, other than genes, there are several factors responsible for weak spatial understanding of an individual. Poor spatial senses have been  observed quite often in children with Development Co-ordination Disorder (DCD), autism dyscalculia, dyslexia, cerebral palsy, and many other conditions. Left hemisphere of our brain is responsible for our cognitive abilities, including our ability to do spatial calculations. Any sort of injury to this part of brain may also weakens our spatial perception.

READ :   8 Important Characteristics Of Dyscalculia That Parents Must Be Aware Of

A child with poor sense of spatial awareness will,

#1 often tend to bump into things.

#3 trouble in understanding the abstract concepts of the mathematics specially where shapes, areas, volume, and space is involved.

#5 unable to comprehend the projectile that well.

As a parent, you will observe such difficulties in day to day events of your kid.Check how often your child can catch the ball thrown at him, or how often he/she is able to put ball in the goal or into the basket with accuracy. Although, this is not a sure shot diagnosis of a poor special sense but to be on a safer side it give you an heads up to call a special evaluator for your child to investigate his or her performance so that you could adapt a new learning process in an early stage of brain development process.

How to manage and improve spatial senses?

Spatial sense is basically a skill that is learnt and developed through practical experience. Adopting a new learning process in the early stages of childhood found to be quite effective in building strong sense.

There are several activities for children to do at home for building strong spatial senses. Parents participation in such activities with their children is highly recommended.

1. keeping a reference object (probably something that the kid, say for example, his/her favourite doll) and asking what’s behind, in front of,  near, far, next or above it.

2. collecting and playing with blocks and puzzles. building fort with blocks. Try asking how many blocks were used and how they were arranged.

3. do comparing of objects. For example, which one of these blocks is bigger? Is the height of the computer table is more or less than the dining table? Which number block is closest or farthest from us.

4. some games like hide and seek for finding a lost object in the room could help.

5. discussing shapes of real life object. Ask the shape of the sign board that we just cross.

Other than the activities mentioned above, you can also take professional help for your child. Treatment with occupational therapy happens to be quite helpful in improving kids cognitive physical and motor skills. Therapist will observe the gross motor skills of the child in order to identify difficulty with spatial sense. After thorough evaluation, the therapist work closely with parents and draw a remedial exercise schedule for the child as per his or her performance.

Now, this is all just glimpse of what is spatial sense, and why is it necessary?, and how to manage if your child is having weak spatial sense. If you want to learn more about spatial awareness, then follow the resources that we mentioned below

Some books for children to expand their special sense:

Some online platform to know more about spatial perception: