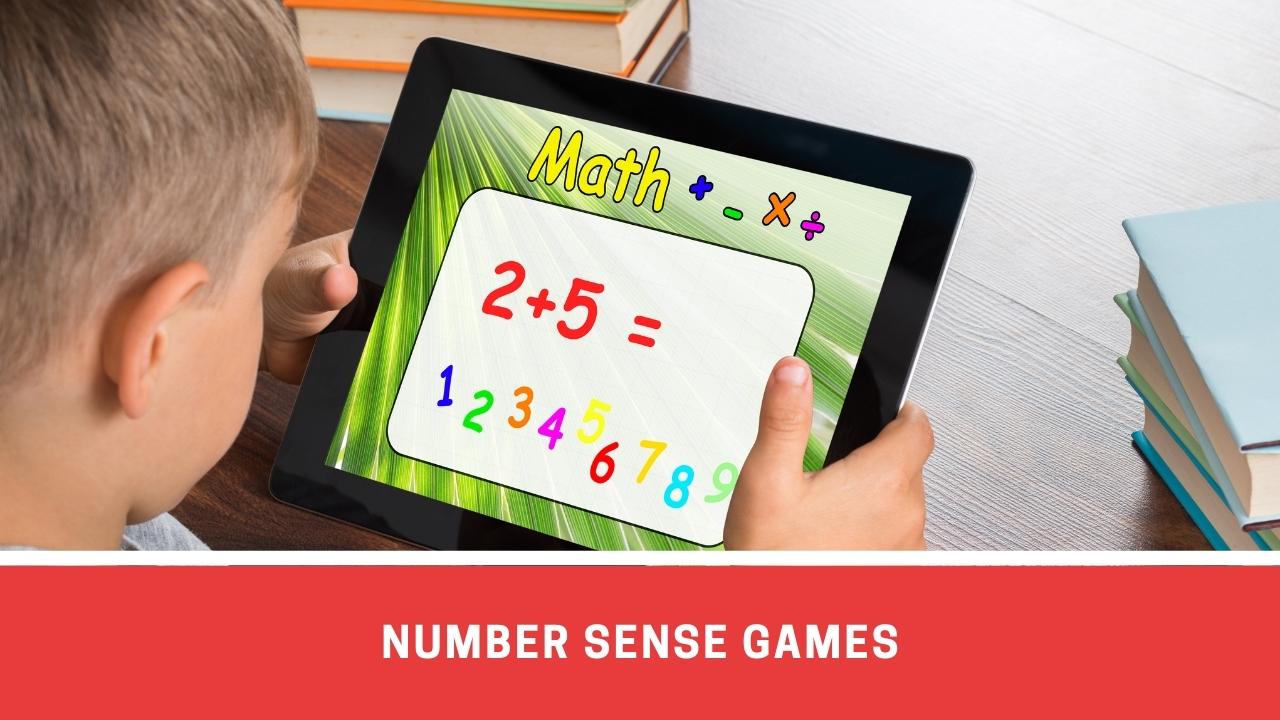 Number sense refers to the understanding of the number system and the ability to use, relate and manipulate it for solving mathematical tasks. A strong number sense is important for gripping basic concepts well before diving into complex math topics in the future. Children with good number sense have a range of mathematical strategies at their disposal and they know when to use them and how to adapt them to meet different situations.

Number Sense is usually weak in people with dyscalculia. Good number sense skill is a must for performing complex mathematical operations and functions. Kids with dyscalculia often struggle with these basic skills. Early adaptation of a new learning process is one way to deal with it.

There are several resources available online/offline to help you out. Coaxing a child to learn in a new way is a delicate task that needs to be handled with care. There is a fine line between teaching a new trick or forcing one to learn. The idea here is to make learning, fun. There are numerous ways of turning maths into a fun learning subject. One such is to present it to the kids in a form that they like the most.

Yes, you guessed it right! GAMES. May it be indoor, outdoor, board, or mobile games. Kids learn while playing. They develop analytical, strategical, and spatial skills while doing it. Here is a curated list of the top 10 free mobile games for building number sense. The games listed are carefully chosen based on their application in building number sense and mental math skills.

Connect as much similar numbers as possible before you ran out of moves.  The longer the line, the more points you get and the longer you’ll survive in this ‘2 for 2 game’. The numbers will add up in multiples of 2. The game becomes really interesting and challenging as you progress.

The app encourages kids to think ahead of the steps and plan better to score maximum points. The game turns highly addictive once you start playing. However, too many ads inclusion may ruin the gameplay. The game has been downloaded more than a million times on the android play store and sitting at 4.2 star ratings.

Math 24 lets you practice mental math skills with numbers and operators on screen with a single goal of making it to 24. The game has stage mode and speed mode. The latter tests the automaticity level of your math fact fluency. Graphics are minimalistic but adorn the gameplay. The best part is that it tests an individual’s strategic abilities in maths. Kids can use the different operators as per their strategy to make it to the 24 number.

Threes is an addicting puzzle game that tests an individual’s mathematical strategic ability. Users have to make 3’s and it multiples by swiping blocks of numbers placed on board. Numbers are added when pushed against the boundary of the board. Players have to make numbers under certain rules and conditions. As the game progresses, the steps become limited due to movement constraints. The success depends upon the player’s forevision in the game. Threes is a fairly popular game with close to a million people playing it at the moment.

Toon math is the product mix of popular endless runner genre games and math as an educational component. Players need to solve math problems while running and dodging obstacles to save their friends. The game features impressive mechanics, and the transaction from playing to solving math operations is smoothly done. The game tests the automaticity of your math fluency skills. This timed game offers a great resource for improving mental math skills and putting them to work.

Amazing graphics and intense gameplay will let your kid hooked to it for hours. Toon math is the game for almost any age group. Toon math lets you play the game at your own pace. Toon math is available on playstore and amazon app store at the moment. More than 500,000 users play this game worldwide. It is sitting at 4.5 star ratings at the android playstore.

Monster Math is an educational adventure platform game that improves over 70 math skills including addition, subtraction, multiplication, division, and fractions. The gameplay involves guiding the player by giving answers of math equations to kill monsters and obstacles. The best part of the game is the customizability. You can configure the level of the game according to the pace. It covers the age group of students from KG to Grade 5th. As per the description of the game:

Number Color is an engaging game suitable for little learners. You’ll be given a figure (Emoticons, Squirrels etc.) divided into numbered pixels. Players have to fill the color corresponding to the number given to the color. In this way, kids interact both with numbers and their applications to the elements. The game has hundreds of free pictures to color, dozens of categories with 9 beautiful artworks of each. Kids can save and share their achievements. Number Color has been downloaded more than 500,000 times and is currently sitting at 4.1-star ratings.

Abacus is a manual aid for calculating that consists of beads or disks that can be moved up and down on a series of sticks or strings within a usually wooden frame.  Practicing abacus is considered one of the best ways to develop number sense. Numbers are physically constructed and manipulated in Abacus. Practicing 10-15 minutes daily can effectively build your math calculative skills.

One problem with the abacus is that it’s difficult to carry it everywhere. Know Abacus app is here to serve this purpose. You can carry a virtual abacus on your smartphone and play with it anytime you want. You have to perform steps on the Know Abacus according to the tasks given by the app. The app is developed by the developer, Kittipong Mungnirun and over 500k people use it worldwide.

Developed by the Scholastic educational team, Sushi Monster is a fun game to test and practice your math fact fluency. Users need to solve a series of addition and multiplication problems by feeding the monster numbered plates of sushi. Players are given a series of products and sums. They need to build correct equations to feed the monster within the timeframe. The quicker they give the correct solution, the higher the score will be.

The game tests more than just mental maths abilities, players need to plan ahead, as the order in which they choose sushi plates will determine if they fully complete the level. Sushi Monster is recommended for children aged 6 and older. It is currently sitting at 4.0-star rating at the app store. At the moment, Sushi monster has 7 addition levels, 5 multiplication levels, 4 rounds/level, and 14 target numbers/round.

Balls vs Blocks is a classic bricks breaker game with a mix of numbers. Players have to select a direction and shoot the ball to break the bricks. The bricks have the durability factor and the player’s goal is to reduce it to zero in order to destroy it. Players can take their time to aim. Implementation of durability numbers makes the game quite engaging. Players have to think ahead of the best possible strategy to shoot to reduce maximum numbers down. Balls vs Blocks has been downloaded more than a million times and is currently sitting at 4.3-star ratings at Playstore.

A prodigy game is a perfect example of ‘learning while playing’. It lets you practice concepts of mathematics in an interactive way. As per the description, Prodigy delivers a unique learning experience through an interactive math game where success depends on correctly answering skill-building math questions. Players can earn rewards, go on quests and play with friends — all while learning new skills.

The app mainly targets kids up to 6-12 of age. Its user base comprises over a million teachers and 50 million students around the world. Parents can monitor their child’s progress through the levels and understanding of the concepts. Teachers should allow students a 10-minute play in class as a reward for completing a task. This will motivate students and give them a sense of achievement.

Building number sense is important for doing calculations, reasoning, and enhancing math fact fluency. With pronounced number sense, you can do several calculations and establish relations mentally without feeling the related stress. Learn it the gamified way if the conventional methods prove a little troublesome. The games mentioned above can enhance kids’ motivation levels to practice and drive them to fluently apply strategies learned.