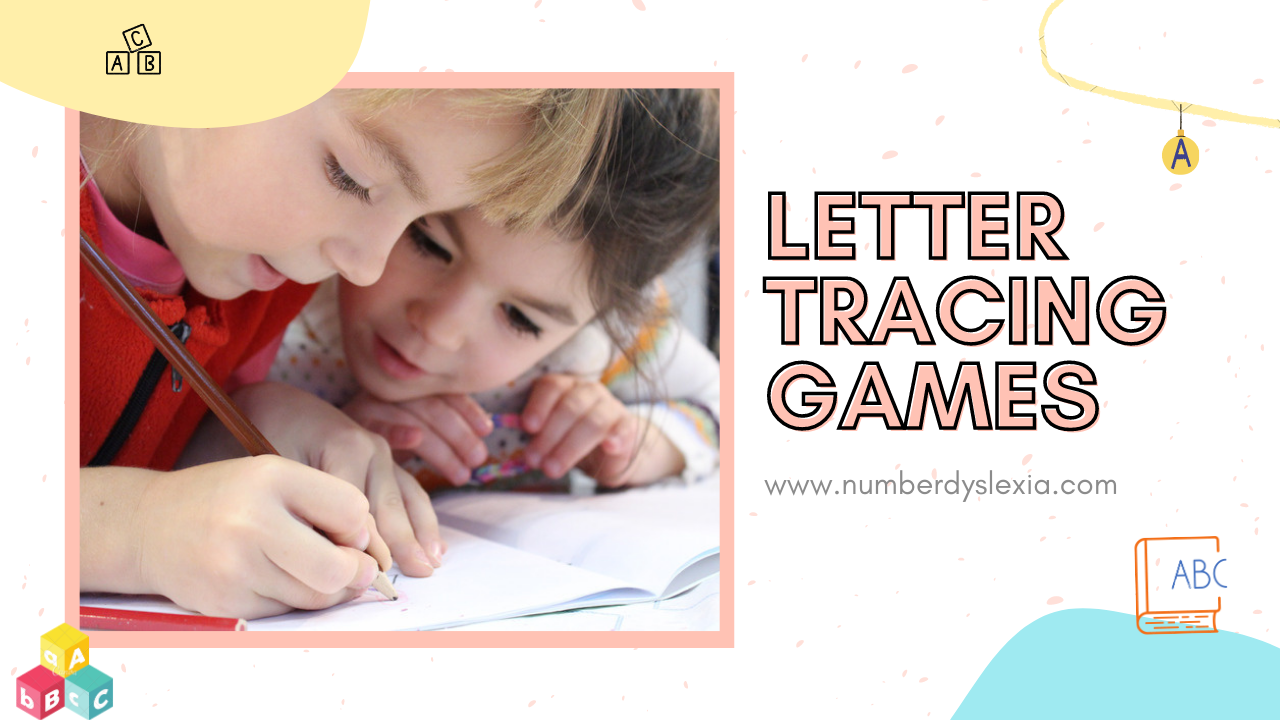 Letters written and arranged in a logical sequence make a language, isn’t’ it? Reading and writing difficulties associated with the letters can pose hindrances in the attainment of language proficiency. So, it is important to cover every aspect of language development in its entirety. In the present world of technology-driven solutions, language development is not being done through handwriting sheets and practice books only. There are online and offline games available for the purpose. These games are providing support for learning basic activities like tracing letters or alphabets, reading and identifying numbers, and others.

Educators employ letter tracing games as a positive reinforcement tool to build interest in early writing learners or those born with writing difficulties.

Also, the letter tracing activity develops the brain to start learning to write.

Easy engagement achieved by the enticing graphics and use of real-life situations as backdrop in games drives better interest in practice, which is very important for attaining proficiency in reading and writing skills.

So, look no further than below, if the idea of using letter tracing games has turned your curiosity button on.

It is an exceptionally engaging online game for driving kids’ interest in letter tracing activity. Kids are asked to choose the color of their choice.

With the simple act of pointing and dragging the cursor, kids can trace on the dots to create the letter. There is an eraser provided, too, if the kids want to rectify their errors and achieve perfection. The kids improve their motor skills, learn how to align the stroke to the shape of the letter, and also get knowledge of letter and color recognition.

Letter & Number tracing game can rightly be called the digitized form of a practice sheet designed for teaching tracing to kids. There is a digital prompt provided that guides children on the starting and ending points of strokes required to make a letter.

The prompt guides you to repeat if the stroke is not near to the shown dotted lines. Thus, the kids learn to attain better stability and alignment to the line. Students have reported a considerable improvement in the legibility of the letters after they practiced regularly on this game.

This online alphabet tracing game is designed for both kids and adults. When you want to learn the shape, sound, and strokes required to understand the letter formation, this game serves the need the best. You can do letter tracing, pairing phonics and matching letters, and a lot more in this game.

This game’s smart interface keeps the child engaged in tracing activity and allows making the most of the game time in learning rather than struggling with features.

The Dot to Dot game is designed to keep the kids engaged in letter tracing, picture identification, and coloring activities. The challenges come one by one in the form of dots. These dots are to be connected in a certain order, which can be numerical or alphabetical in nature. Further, when the picture reveals, the kids can be asked to color it to fit in the concept in their mind.

This game is certainly a nice pick for teaching tracing and boosting motor skills, hand-eye coordination, etc. The early learners also get introduced to animal’s names and pictures, fruits, vegetables, etc. playfully by playing this game.

My Melody ABC tracing is available to play online; you can download it for playing offline as well. This game teaches kids to draw in a very engaging manner. The strokes are designed in a pre-defined manner by putting some engaging figures like mushrooms or flowers at the starting point and endpoint.

READ :   Differences and Similarities Between LRE and FAPE

The next stroke is available to draw only when both points are met perfectly. Thus, the game is designed to bring perfection in drawing letters activity among children who have just started with a pencil-paper writing activity.

Kids can log on to this game wherever they want and catch-up with their daily dose of letter tracing practice. Scorecards, different difficulty levels, and surprises allure the users to this game repeatedly, which is imperative for reinforcing the concept of handwriting by driving kids to try their hands-on practicing more and quite often.

This game relaxes the kids by providing efficient practice by bringing in the fun factor in the learning and practicing process. They also support interactive audio to learn to sound out the letter while tracing it in this letter tracing game.

Letter tracing games for early learners act as a primer on which the users develop the writing skills. However, its role is not entirely supported by researchers. Some research claims its impact slows down the learning process; others call it a redundant activity that, in fact, takes away the attention from actual letter writing activity.

Still, if we weigh the pros against the cons, the pros outnumber the cons definitely. Listed here are some of the benefits that letter tracing helps boost the skills of writing:

Letter tracing games online are truly responsive to the needs of early handwriting learners. These games are designed to encourage teachers and parents to use technology to improve the learning levels of the child. With the help of props, graphics, and sounds, the child gets a completely engaging environment for learning that helps to amplify the concentration and interest in the letter tracing activity.