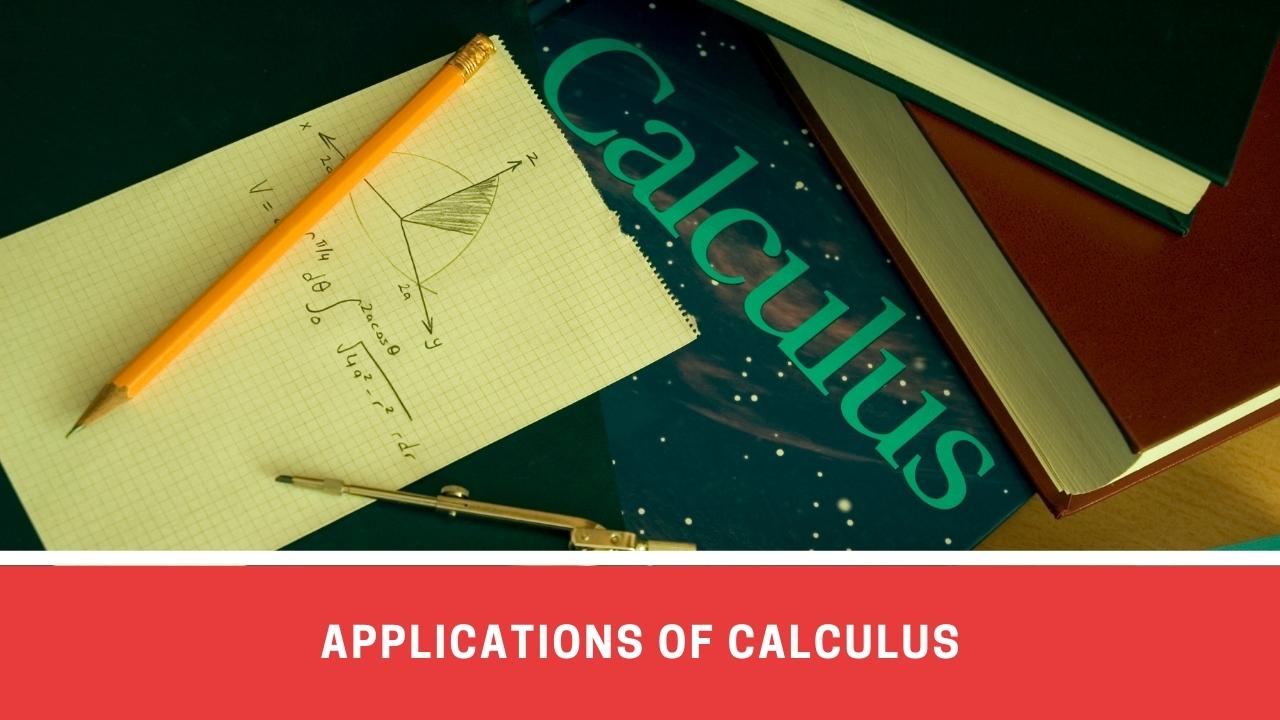 The use of mathematics, physics, and various science concepts in solving real-life problems and applications has been observed from time immemorial. Such is the case with calculus too. The urge to know about the practical applications of Calculus is a common question that many young minds often ask.

The association of mathematics, especially calculus, and its uses go back a long time. From the practical implementation of the Pythagoras theorem in construction to differentiation and integration in handling huge amounts of data. Inventions and advanced techniques in science, technology, mathematics, and others have seen some of the most significant shifts in modern-day lifestyle.

They have also played a crucial part in enhancing learning methods, modernizing real-life solutions, and introducing aspects that have changed the face of tools and types of equipment. In this article, we dig deeper and try to understand the various practical uses of calculus and how it comes into use in real life!

It has two major divisions, differential calculus, and integral calculus; the former deals with instantaneous rates of distinctions and defines the slopes of curves, while integral calculus responds to the summation of minute quantities and areas present under or between curves.

These two branches are closely associated with each other by the basic theorem of calculus. They deal with the fundamental applications of combining infinite sequences and infinite value trends to a practically feasible well-defined standard limit.

The theoretical significance of calculus

Calculus has also been integrated into standard applications, including the power series and Fourier series. It is also used to improvise the basics of the nature of cosmos, space-time, and motion. For centuries, mathematicians and philosophers dealt with nearly impossible to solve paradoxes involving division by the number zero or the addition of an infinitely wide range of numbers.

These questions were very specific and required intense research, such as involving the study of the motion of objects and determining the area of any physical activity. The ancient Greek mathematician and philosopher named the Zeno of Elea cited famous examples of such unresolvable paradoxes or terms, not providing complete solutions.

In the meantime, Calculus’s applications provided mathematical tools, specifically the limit and the infinite combinations, that could break the paradoxes and present an amicable solution to the masses.

Mathematics is an essential part of human life. We use mathematics to determine quantities, multiplication of items and numbers, summation, finding percentages, etc. But, how exactly does calculus benefits us in real life?

Although many of us are never again going to apply calculus directly in our life and realize its importance. But, just because we don’t use calculus directly doesn’t imply that it is not vital to study or its applications are negligible.

There are various real-life contributions of calculus and their applications that have been an important tool of human use and have standardized the benchmarking improvements in technology science and helped the growth of human civilization in a very effective and upgraded manner.

READ :   What happens if an IEP is out of compliance?

Here are some of the various uses of calculus in real life:

It would have been easy to make estimations if everything around was of perfect shape. Woefully, it is not possible, which implies algebraic and geometric estimations can have limitations easily. Apart from determining dimensions of irregular objects, calculus can come handy in creating solutions in other enticing areas like space-time concepts, paradoxes, and other areas.

2. Calculus in Economics- Estimating the behavior!

Economics is the branch of accounting where the history and pattern of buying and selling of goods are estimated and determined. The estimations should be accurate to facilitate proper planning and decision of profits. Exploring Certain areas like changing market prices and business goals can be often taxing without Calculus.

Being one of the popular fields to employ almost all the mathematical concepts, engineers, architects, and site inspectors often employ calculus notions to find appropriate values in their field of duty. Here are some instances that depicts the applications in detail:

Site and other civil engineers often deal with basic elements of seismic activities. As a part of the same, they often employ the theory of Calculus. A best instance is the building of advanced  shock-proof structures.

Be it the pavement for water and drains or vehicles, implementation of Calculus notions turns obligatory. Basic fluid mechanics and calculations of force turn handy to determine the dimensions of the structures at minimal costs, ensuring efficiency.

Not only in structures, Calculus can assist in exploring the dimensions, movements, and velocities of various heavenly bodies, with respect to each other.  Further, the orbital structure and possible changes in movements can also be effortlessly determined using Calculus estimations. Not only this, even the speed, time, and dimensions of space crafts can also be determined using these techniques.

Calculus is often a less-sounding concept in the medical industry. Right from hospitals to medical research to clinical applications, Calculus is evident in all places.  In health centers, the rate of the patients getting sick or cured is determined by putting various health numbers in calculus concepts. Further, the number of RBCs and WBCs can also be determined effortlessly. This way, appropriate predictions can be made out. In clinical research, the probable chances of success, disease spread rate, and other pivotal numbers can be determined and estimated using calculus notions.

The contribution of mathematics and science in the aspects of human use and daily life implications is vital in contributing to the facts of technology development and civilization enhancement. Calculus and its derivatives play a vital part in benchmarking human resources and utilities into a more advanced and upgraded level. Thus the knowledge of calculus and its fascinating application in daily human use is of great significance and utmost importance.