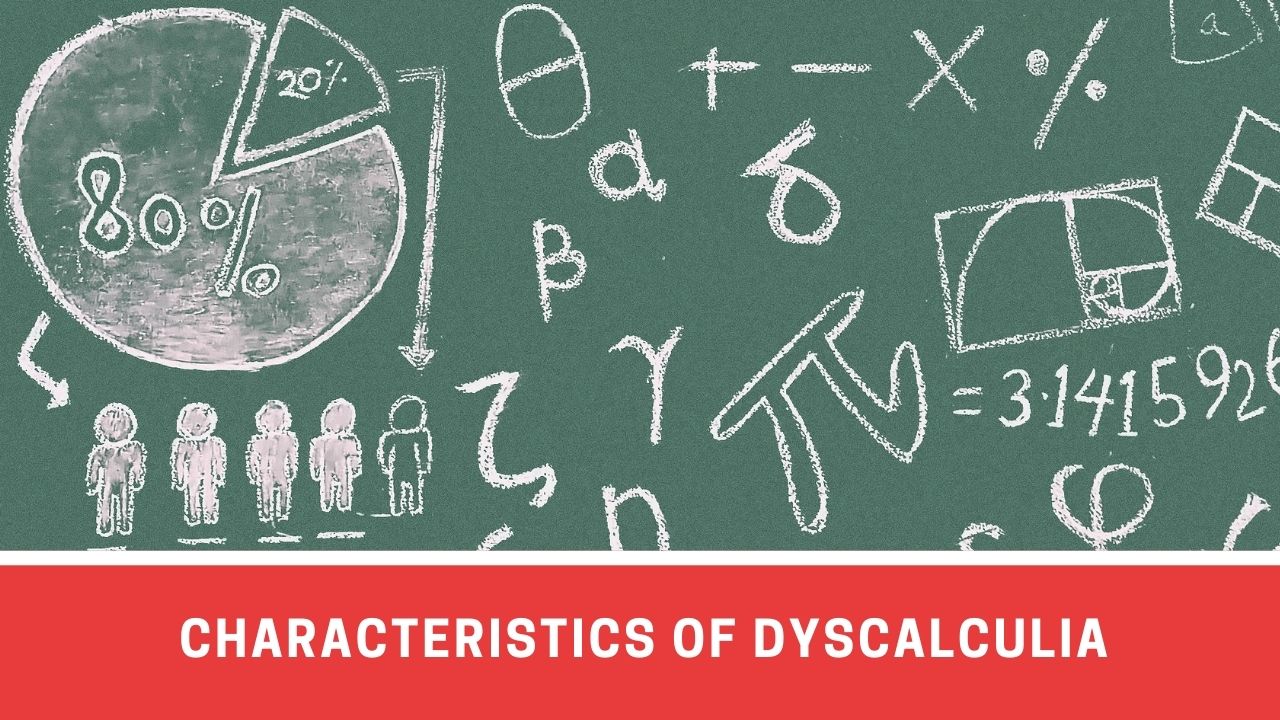 Five to fifteen percent of school children suffer from one learning disability or the other. These learning disabilities, which have a neurodevelopment basis, often are manifested from early childhood. However, many times, they escape diagnosis till the adulthood of the individual, causing huge emotional distress and self-esteem loss by that time.

Dyscalculia is one such learning disorder that results in the inability to fully comprehend numbers and solve age-appropriate mathematical questions. About 3 to 7 percent of children and adults suffer from dyscalculia.

Researchers still now have been unable to narrow down the exact reasons behind the development of this disorder in children. Surprisingly, a study suggests that number processing difficulties seen in a child with dyscalculia may be a result of exposure of the fetus to alcohol in the womb of the mother or a consequence of faulty genes. It is often known to be associated with premature births.

Dyscalculia may also be acquired in later life due to an accident or brain injury. In this case, it may be referred to as secondary dyscalculia. Early diagnosis of dyscalculia, thus, becomes important to allow for timely intervention and strategic educational engagement to help the child live a near-normal childhood and mature as a confident adult.

Dyscalculia is often confused with other learning disabilities or psychiatric disorders. This is because the disabilities and the characteristics are often overlapping.  Dyslexia or reading disabilities is one such condition that can be confused with dyscalculia. In fact, many children with dyscalculia are also seen to be dyslexic. However, since both of them are separate learning disorders with a variable targeted approach, a differential diagnosis between them is important.

Similarly, ADHD is often misinterpreted as dyscalculia because children with attention deficits often end up making silly mistakes in math. Math anxiety is another psychiatric disorder confused with dyscalculia, which finds its genesis in children taking excessive pressure in excelling in mathematics and consequently being unable to handle the stress during the actual practice.

Research has shown that dyscalculia requires more intensive and longer attention than other learning disabilities. Hence, often an all inclusive intervention strategy including targeted mathematical intervention, psychological and behavioral intervention, and multi-component intervention may be required.

However, an early diagnosis and intervention can help children with dyscalculia adjust to reality and have a chance at the possibility of a fairly normal and intellectually fulfilling life. It, therefore, becomes quite important for guardians, teachers, and parents to be well aware of early red flags in such cases.

One of the definitive signs of dyscalculia is poor retrieval of the arithmetic memory by the child. Children in Grade 1 and 2 often need to do simple calculations while solving their mathematical assignments. However, by Grade 3, they usually develop a sort of arithmetic memory and regularly retrieve from it while doing their math problem, which helps speed up the process.

Children with dyscalculia, on the other hand, are unable to retrieve from this memory bank and have to repeat simple calculations every time, costing them time and confidence.

The next characteristic is a by-product of the failure to tap into the memory bank, which results in the child trying to benefit from immature counting methods every time. For example, while a normal 3rd grader may be easily able to recall that two plus two equals four; a child with dyscalculia will try to calculate this entire addition on his fingers or by taking help from any calculating aid like an abacus.

By doing so, children with dyscalculia remain stuck in simple addition and subtraction. They are, thus, unable to move to more complex math problems.

Even in the above-mentioned scenario, the child may need to perform repetitive calculations to attain a certain surety of the answer. The deficiency of a sound working memory for mathematics doesn’t allow for a smooth sail through the turbulent math waters.

This is due to his or her poor number sense and impaired mathematical abilities which often lead to low self-confidence and second doubting of all the answers by the child.

Children with dyscalculia thus are unable to perform basic BODMAS calculations. It also becomes difficult for them to develop confidence with numbers and juggle between numbers.

Children with dyscalculia are often unable to count the numbers backward or recite the multiplication table. They find it difficult to understand the pattern in a series of numbers or understand the logical rhythm of groups of numbers.

Children suffering from dyscalculia often have a problem processing the information comparing two quantities. In other words, they are inept in subitizing.

The numerical magnitude information is not automatically activated in their minds like their peers. They are thus unable to comprehend, with mere observation, the degree of difference in different quantities and may have to resort to counting and categorizing each item separately.  For example, they are unable to comprehend if 5 oranges are more or less in number than 6 apples.

6. Inability to read the clock

Children with dyscalculia often are unable to tell time with the same fluency as their counterparts.

Thus, they often have problems differentiating and interpreting the minute and hour hands and may require targeted intervention to minimize the embarrassment they may have to face if caught in certain situations.

Children with dyscalculia are often unable to express their disability due to the fear of being shunned.

In such scenarios, although they may not explicitly mention it, they may show aversion to certain games which require simple counting or basic mathematic skills.

Children with dyscalculia may sometimes suffer from visual-spatial disorientation affecting their physical abilities and gaming skills.

Over a period of time, children with dyscalculia develop extreme math anxiety and display stressed behavior while working on math assignments.

However, it is very important to differentiate between dyscalculia-induced math anxiety and more general math anxiety that can arise due to lack of attention to the child’s mathematical abilities as well as a failure to develop a sound educational base.