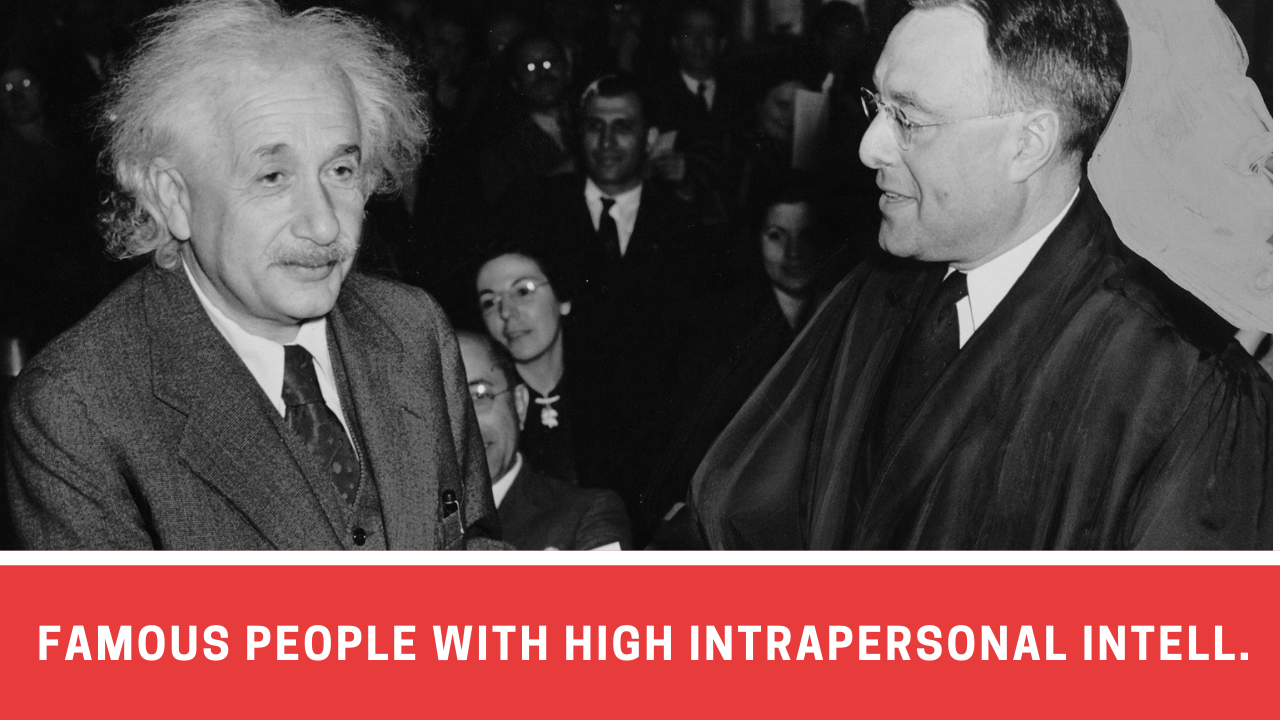 Have you ever wondered why a particular person can perform a task efficiently while others struggle to do it? The reason for this is that every person thinks and acts differently. In 1983, psychologist Howard Gardner introduced the theory of Multiple Intelligence that dealt with this fundamental concept. According to him, there are eight different types of intelligence, each of which defines specific abilities and skills in people who possess it.

As the name suggests, people with Intrapersonal Intelligence are introspective and cultivate a relationship with their own selves. They are self-aware and self-reflective. Additionally, they also possess the ability to observe, analyze and bring change in themself to adapt to situations beneficial for them and their future. Being aware of their needs and wants, they are often highly motivated to achieve their goals and fight back failure to start from scratch.

The creator of Facebook, Zuckerberg, is one of the wealthiest people in the world. He created Facebook as a simple project back when he was at Harvard. Today, the social media platform is used by over 1.69 billion people all over the world. Zuckerberg is known for his patience and calmness with which he handles situations. Through various public appearances, he has maintained an image that reflects on his introspective and intuitive nature. Along with that, Mark focuses on problem-solving more than anything else, a characteristic trait of people with high intrapersonal intelligence. Last but not least, he is a favorite among his employees, which indicates his ability to work with them in an empathetic and organized way.

Born in 1882 in London, Woolf is a pioneer of the modernist movement in literature. She is a brilliant author and one of the first modern feminists who openly advocate for women’s rights. Her life and works are inspirational to people and are still widely read. Woolf was a quiet and talented person when it came to academia and employment. In 1939 she published her extended essay named A Sketch of the Past. In this autobiographical piece, she talks about herself and the way she thinks. It was Gardner who used Woolf as an example of a famous person with intrapersonal intelligence after he read the essay.

One of the greatest minds of the 20th century, Einstein’s contribution to the world of science is immense. Not only was he a brilliant theoretical physicist, but he was also well known for his unconventional personality. Albert Einstein was a genius, and his quirky nature made him stand out. He worked independently for the most part of his life, and according to various legends, he would prefer being alone. At the same time, Einstein was self-motivated and worked relentlessly on his projects. Being a person with high intrapersonal intelligence, he was also observant, aware, and concerned about the world around him. His theory about the bees and the necessity to save them also proves his empathetic abilities.

One of America’s greatest heroes, Martin Luther King Jr., was the face of the Civil Rights Movement. He has been an idol and inspiration to Blacks and people of color in America and throughout the world. Luther King Jr had high intrapersonal intelligence. He was a leader of the masses and dedicated his life to the cause of equal rights for all in America. The most important thing about him is that he was aware of his identity as a Black male in a racist America. The straightforward idea of the oppression faced by millions for being Black drove him to continue the movement. He never gave up until his assassination in 1968.

In 2009, Michelle Obama became the first African-American woman to hold the First Lady of America position alongside her husband, President Barack Obama. She is an author, activist, and attorney. Michelle Obama has been an inspiration to many across America. She proved to the world and inspired African American women to embrace themselves and be proud of their identity. She is also a social activist and has been vocal about race and gender. An activist by nature, Michelle Obama is a highly motivated personality who has fulfilled the first lady, advocate, mother, wife, feminist icon, and much more beautifully. The delicate balance proves that she is aware of herself, proud of it, and has a zeal to fight all odds to make the world around her a better place.

The Indian economist was born in 1933. He is a Noble Prize-winning personality who has worked in Welfare Economics and has also been a teacher and Professor.

His study area required heavy research on the nature of society, behavior, and the connection to the economy.  Amartya Sen has also been vocal about women’s rights, indicating his abilities such as observation and empathy. Along with economics, he has also written extensively about Indian culture and the intricacies associated with it.  Sen has always been dedicated to his work, and the amount of work he has done in his life is proof of the fact. He is also majorly introverted and calm.

We have all read The Diary of a Young Girl at some point in life. It is not only an eye-opening first-hand experience of a brave holocaust victim but also living proof of the atrocities of the genocide under Adolf Hitler. Anne became posthumously famous as her work was published in 1948. Through the story of her life as narrated in the diary, her high intrapersonal intelligence is evident. She was not only self-aware and motivated to do something great, but she also dealt with one of the worst situations in the history of humankind with as much patience as possible.

Gandhi was a self-made man and the one who taught the world the power of non-violence. One of the most extraordinary men in the history of India’s Independence, he is the pride of the nation. He worked relentlessly to uplift people and fought the colonizers. At the same time, he was philosophical and spiritual and dedicated his life to the country’s cause. Gandhi inspired people around him and encouraged them to put up an equal fight. Mahatma Gandhi had high intrapersonal intelligence, which made him achieve unimaginable goals for most people living under the British.

A Canadian singer-songwriter born in 1934, Cohen was one of the most famous artists in America during the 1960s and 1970s and beyond that. He was also a novelist and published poetry as well. Cohen was philosophical, and his works dealt with love, loss, spirituality, society, politics, death, exile, and relationships. He has received various awards and nominations throughout his life. He also spent considerable time at Mount Baldy Zen Centre, where he practiced Buddhism and was ordained as a monk. Cohen’s dedication to writing, composing, and singing was highly motivated and inspired by himself and the people around him. His songs reflect the kind of self-awareness that people with high intrapersonal intelligence possess.

Known for her role as Hermoine Granger in the movie adaptations of Harry Potter, Watson is an actor and activist. A talented personality, Emma Watson has high intrapersonal intelligence. She has been actively advocating for women’s rights and works as a United Nations Woman Goodwill Ambassador. She has been part of both commercial and independent projects. Emma has also traveled throughout the world for social work and addressed significant issues at social events. In an interview, she mentioned her love for yoga, meditation, and her fascination for Buddhism. She is hard-working and self-motivated.

High Intrapersonal Intelligence can be extremely valuable to people’s skills and talents, visible from the list of successful and famous people. The ability to connect with the self and have clarity regarding one’s goal leads to self-motivation and self-confidence. People with this type of intelligence can be great at professions that involve creativity, innovation, and empathy.