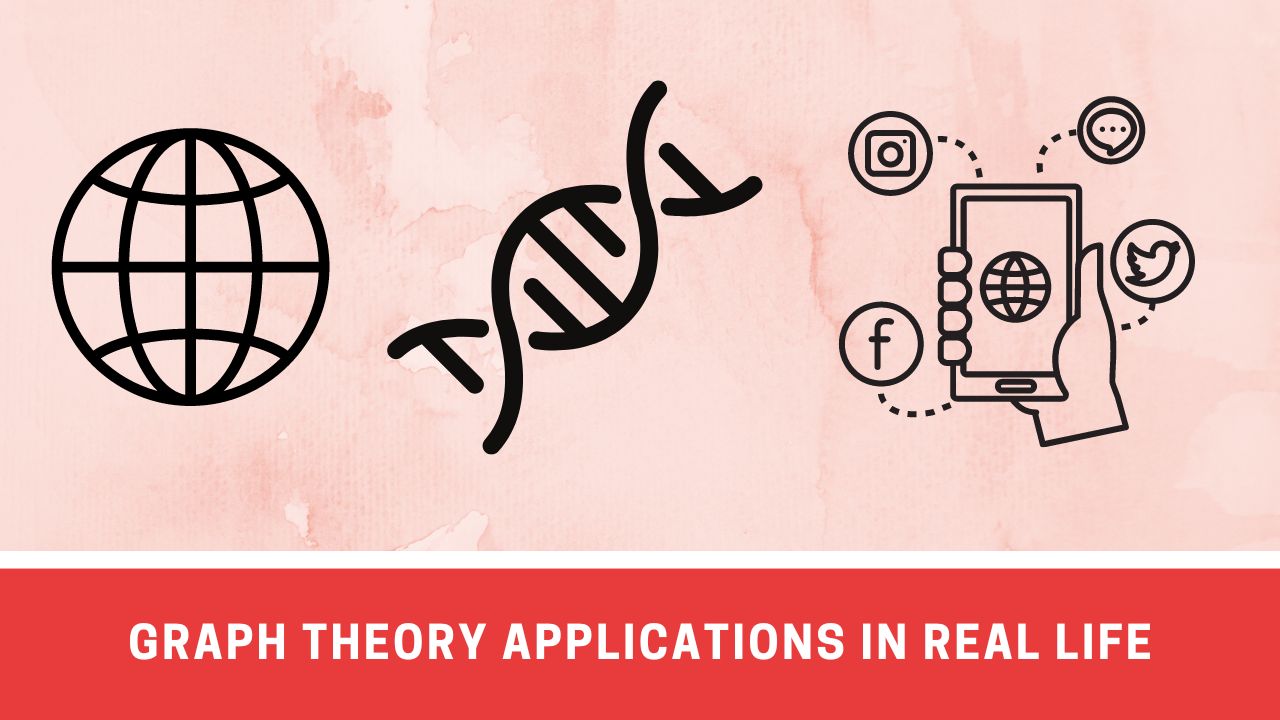 What originated in the 18th century as a recreational math puzzle later opened to the world as a different branch of mathematics called Graph Theory. Whether to find the shortest route of virtual maps or to create a database link between search engines, Graph Theory, a concept that might seem challenging and arduous has a lot of real-life applications.

Apart from this, this branch of math can also be helpful for engineers, scientists, and various other professionals who want to analyze and optimize networks with the help of graphs.

Hence, in this post, we will navigate through the various real-life applications of graph theory, that would not only encourage the students to learn more about but knowing the applications can also help clarify the whole concept to these budding learners.

There have even been cases where graph theory has been used to prevent traffic congestion before it occurs. A two-dimensional graph can predict when and where traffic jams might occur.  Transit systems, flight schedules, and economic forecasts of regional growth, as well as designing new streets or railways, are some other applications of graph theory in transportation planning.

For example, You might want to write a program that finds the shortest path between two points on a map. The program could use an adjacency list (a list of all pairs of nodes connected by edges) as input. It would then generate a matrix containing information about how many times two nodes are connected together in this way.

A database of links between web pages is called a “web graph”. These graphs are used by search engines such as Google, Bing, and Yahoo! when they index websites into their databases which make it possible for users to find relevant information quickly using keywords associated with them.

4. Study the structure of DNA

DNA is a long chain of nucleotides with specific sequences and patterns called base pairs. The structure of DNA can be divided into two parts: A and T, as well as G and C (the four letters). Each letter has its own function in making up different amino acids that form proteins. Research shows that graph theory can be used to model biological processes like gene regulation, transcriptional control, and expression levels among others.

Graph theory is used in linguistics to model the structure of language, sentences, and words. The idea behind the theory is that language can be studied as a formal system. A formal system consists of a set of rules that can be applied to any given object, such as a word or sentence. The meaning of this object is determined by its place in the system: it has no meaning outside of its relationship with other words and sentences.

To better understand how diseases spread, epidemiologists use graph theory. By mapping out who is connected to whom, they can identify which individuals are most at risk and how to control the spread of diseases. Finally, researchers use graphs to identify mutations that may offer some protection from diseases, as well as to suggest treatment options for the same.

The field of computer science is one of the most well-known applications of graph theory. The internet itself can be thought of as a giant graph, with nodes representing individual computers and edges representing their connections. In graph theory, algorithms for routing data across networks, including the internet, are developed. These algorithms allow traffic flow on the internet to continue uninterrupted, even when there are faults or congestion points. Additionally, algorithms developed using graph theory are typically more efficient than those designed without consideration of this branch

Security analysts employ graph theory to identify vulnerabilities in computer networks and analyze security risks by understanding the structure of a network. Graph theory is often used in cybersecurity to monitor and report on malicious Internet activity, such as spamming or phishing. Graph theory has been used for mapping relationships between people on social media sites for years. Another use of graph theory is to map the movement of people in an area or building. This can be useful for keeping public spaces like airports free of congestion and safety.

One use of graph theory is in the development of cancer treatments. Medical experts use graphs to model how cancer cells grow and metastasize to develop better, more effective treatments. For example, doctors can analyze the cell structure of cancer cells and design targeted therapies to reduce side effects.

Graph theory is also used in social networks to model the interactions between different people. This can be done by using a graph that determines how important a node (a person) is in an online community based on how many connections they have made with other nodes. The more links you have, the more important you are and therefore receive more traffic.

READ :   7 Cool Games for Adults to brush up Math Skills

Graph Theory: Crucial to model and study many real-world problems

Graph theory is a branch of mathematics that deals with graphs, networks, and their properties. It helps us to understand the network, whether it’s personal or professional. It also gives us the tools to explore and measure the relationships between individuals, groups, and things represented in a network. By using graph theory you can easily find out which nodes have the most influence on your network or project by looking at their relationships with other nodes.

It can be said that graph theory is very helpful in solving real-world problems. Graph theory has been used for decades by scientists, mathematicians, computer scientists, and engineers to solve complex problems by analyzing data structure. Graphs are not only used for solving real-world problems but also for many other applications such as communications networks, navigation systems, or any engineering field related to networks (e.g., transportation systems).

To summarise, graph theory is the study of graphs and their properties. Well, graph theory is used for various things, including finding the shortest routes on a map and drawing scatter plots. In networking, it can be used to create fast networks and allow access to information. But that’s not all! Chemical diagrams can also be used to represent molecular structures or flow patterns inside cells or the circulatory system.

Graphs are an essential tool when rethinking the way our technological and economic systems work. It can be utilized for solving many problems that we face in the real world. With numerous applications, graph theory can be used to advantage in almost every arena.