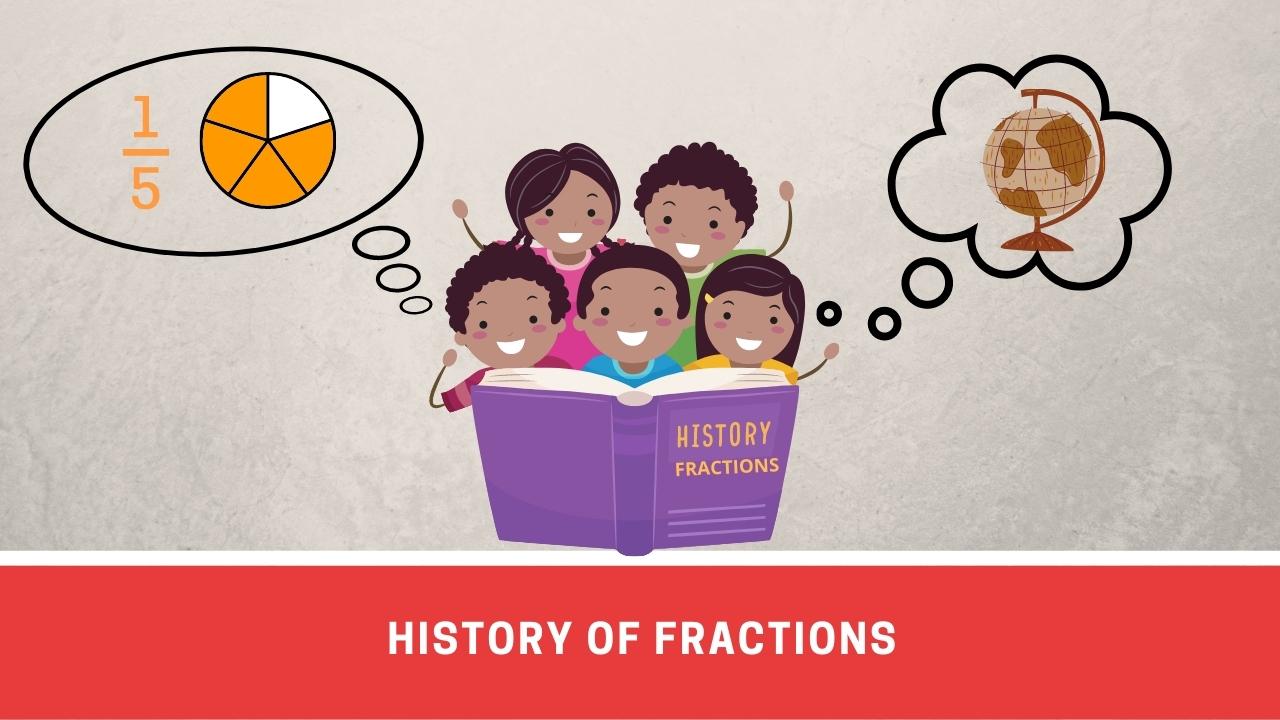 What does the word fraction mean to you? A fraction represents a part of a whole or, more generally, any number of equal parts. In real life, when we cut a piece of apple from the whole of it, then the portion is a fraction of the apple.

Fractions in Math represent a numerical value that expresses a part of a whole. The whole can be any number, a specific value, or a thing. For example, 2/4 is a fraction where the upper part denotes the numerator and the lower part is the denominator. On the basis of the numerator and the denominator, they are categorized as proper fractions, improper fractions, and mixed fractions.

On the basis of groups, they are categorized as like fractions, unlike fractions, and equivalent fractions. Fractions play an important part in our daily lives. There are many examples of fractions you will come across in real life.. For example, break a bar of chocolate into two parts, then each part of the broken chocolate will represent a fraction.

A basic concept in modern math, fractions, might seem intimidating to the child during the initial stages of learning. Games or other activities seem to help enrich the learning experience.

The invention of fractions: who invented and when?

Although he did not invent decimal fractions and his notation was rather unwieldy, he established their use in day-to-day mathematics. He declared that the universal introduction of decimal coinage, measures, and weights would be only a question of time.

The Egyptians also developed fractions, and while they worked in base10, they only had unit fractions, in which the numerator is always one.

Ancient Romans used only written words to represent fractions. Most of them were based on a Roman weight system. Around 30 BC the Chinese were adding, multiplying, and subtracting fractions. Around 500 BC Hindu culture was using fractions very much like the present day; the number system they used developed into the one we use today, including a  zero. Like the Chinese, the numerator was placed over the denominator and there was no line to separate them.

The Arabs adopted this number system. Around 1200 CE they added the line that separates the numerator from the denominator. In 1202CE Fibonacci introduced Italy to fractions and the Hindu Arabic number system in his book The Book of Calculation, based in part on his studies with Arabs in Northern Africa. The Hindu-Arabic number system then spread to other European countries. Simon Stevin is also credited with bringing fractions and decimals to Europe in his 1585 booklet called The Art of Tenths.

Fractions and the modern world

The definition of fractions has almost remained the same through the ages. It still denotes a part of a whole.

Fractions represent the parts of a whole or collection of objects. A fraction has two parts. The number on the top of the line is called the numerator. It tells how many equal parts of the whole or collection are taken.  The number below the line is called the denominator.  It shows the total number of equal parts the whole is divided into or the total number of the same objects in a collection.

A fraction is a quotient of numbers, the quantity obtained when the numerator is divided by the denominator. For example, 3⁄4 represents three divided by four.

In the modern world of math fractions are denoted also by the:

3) On number lines
Fractions are sometimes depicted on a number line too. Between two whole numbers, values lie in the form of fractions. For example, ½ between whole numbers 1 and 2.

We saw how fractions have evolved throughout the ages, and in their present form, it is widely used in our everyday life. We use fractions to split objects, bills, medical prescriptions, and even to read the time.

The applications of fractions in everyday life are endless; they are of great importance and profoundly impact everything around us. Fractions might not be a very easy concept for the child to understand and the educator may use additional resources like games and activities to familiarise the child with it.