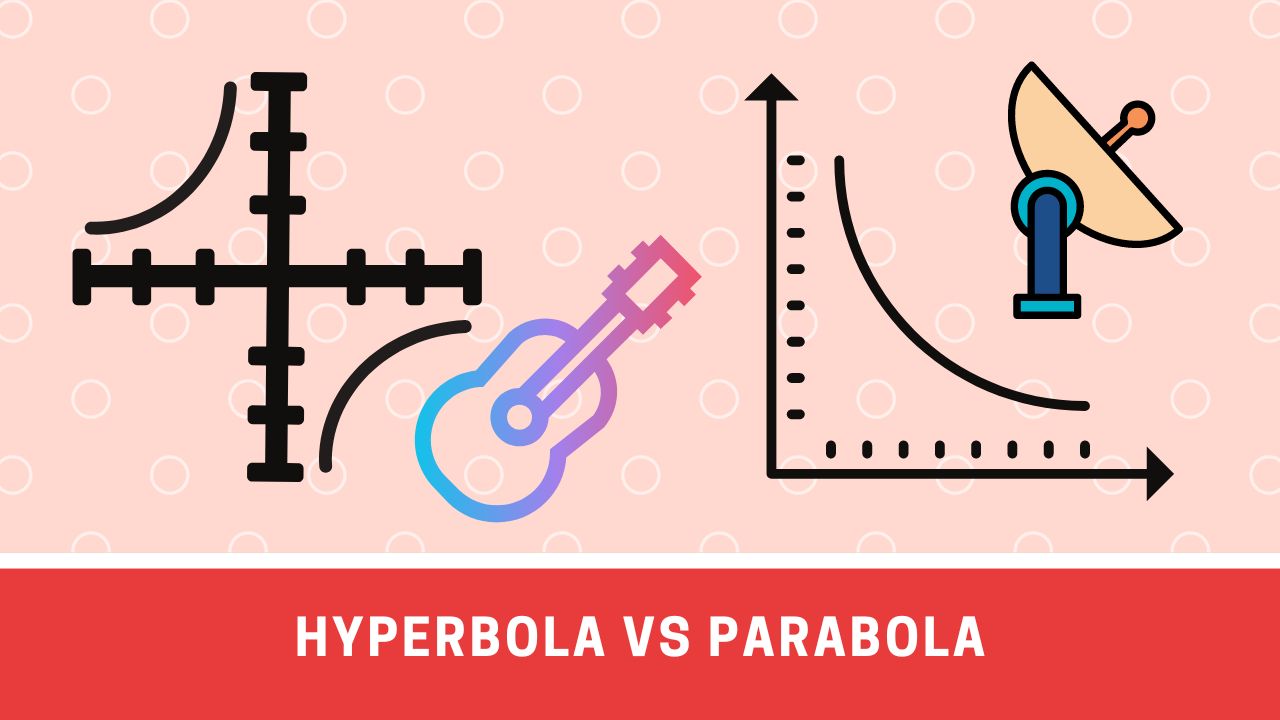 In such situations, real-life examples along with basic differences help them understand it better. With such differences, they get to understand different formulas and properties of a parabola as well as a hyperbola. Students also explore the meaning, making it significant for their studies. Check out how these two differ and how you can implement this information in treatment.

Have you seen the lamp right beside the bed? As you turn it, it displays two shades on the upper and bottom parts. That shade is often hyperbolic.

The curve formed when the plane cuts almost parallel to the axis is called a hyperbola. Due to the numerous angles between the axis and the plane, no two hyperbolas are exactly the same in shape. The closest points on the two arms are referred to as “vertices,” and the line segment that joins the arms is referred to as the “major axis.”

The formula XY=1 yields the hyperbola.

Have you seen the thrill rainbows create? Each rainbow you see forms a parabolic shape.

When the plane cuts parallel to the cone side, a parabola is a result. An “axis of symmetry” in a parabola is a line that runs through the focus and is perpendicular to the directrix. It is referred to as the “vertex” when the “axis of symmetry” intersects the parabola. Given that they are all sliced at the same angle, parabolas all have the same shape. It is distinguished by “1” eccentricity.

The formula y=X2 yields the parabola.

Other significant differences between hyperbola and parabola

Parabolas and hyperbolas are produced using various techniques, despite the fact that both figures are conic sections. When a plane that is parallel to a cone’s side passes through the cone, a parabola is created. When a plane and a cone connect, a hyperbola is produced, but the plane’s orientation is not parallel to the cone’s side.

READ :   How Dyslexia Can Affect My Drawing Skills?

These two curves’ graphs are also slightly different. Hyperbolas have a larger opening than parabolas. The most obvious difference between their graphs is that a hyperbola has two curves that mirror each other and open in opposing directions. A parabola, on the other hand, has only one curve.

As you’ve browsed through the differences between hyperbola and parabola, use them to check basic differences, mathematical formulas, and real-life applications. These differences are sure to create a comprehensive learning environment by offering straightforward information on the concept. Teachers and parents can also opt for different books, online games, quotes, and classroom activities to offer a diverse learning platform for students.