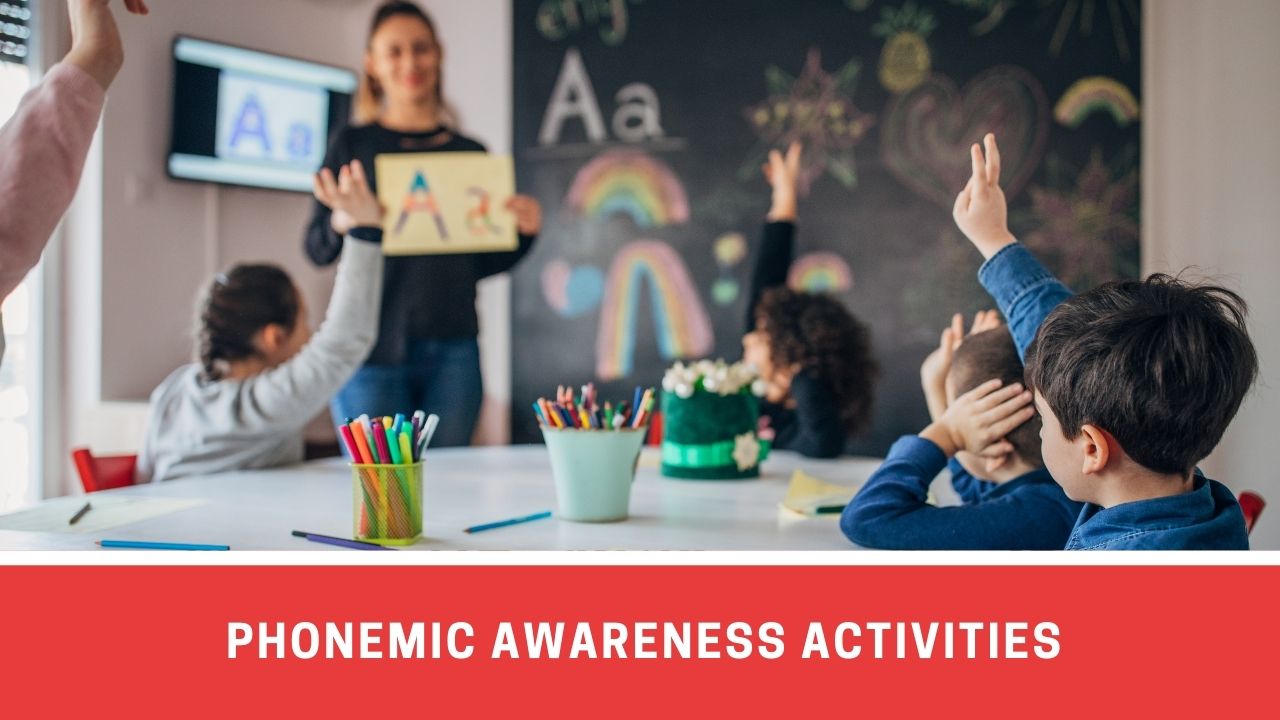 A few life skills are always lucratively required for leading a good life in the present competitive world. Phonemics awareness is one of such greatest requirements for all and especially for people with learning difficulties. Just like Phonemic apps, these are useful for carving a better future that can help cope with others. But, it’s easy to acquire them with simple yet highly effective activities.  Here are such top ten activities for phonemic awareness.

An awe-inspiring activity for enhanced phonemic awareness is the segmenting and blending activity.  The activity aims at splitting/segmenting, recognizing, and blending a wide range of sounds. Blending and segmentation of the sounds, specifically in three-sound words, are for the best interest of kindergarten students with less phonemic awareness.

The major tool used in the activity is the vibrant Elkonin (sound boxes). These boxes make the understanding process easier and fun-filled, and the children practice segmenting, even without actually knowing it.  Some favorite soundbox kits of children are Carrot Sound Boxes, Snowflake Mat, Spider Web Segmenting, and much more. For blending, the learner runs a car/truck on the road as the individual blends the sounds one after the other.

Tapping syllables activity takes this as its very mission, and it is a very practical resource for teaching the breakage of words into syllables. Children tap with a single finger on both hands to recognize the number of syllables in a word. Different properties as hand clappers, tennis rackets, or drums can be used to make the learning livelier.

The child finds the number of syllables found in a given word, say a drum is tapped twice for the term “sister” as it has two syllables. For enhancing the difficulty levels and interest in the game,  the drum can be tapped a specific number of times. Then, the child can guess the word, which would have the same specified number of syllables.

Phonemic awareness can be improved by inculcating necessary skills like breaking words to segments, sounds, and syllables and understanding from the deepest things than learning on the surface. Clapping a pattern activity actually does that by aiding in easier recognition of a pattern, which is the very basic step in listening to the separate parts of a word and also the individual sounds. A caretaker or instructor can make a clapping pattern, and the learner would repeat it. Then, the learner should be asked to do a pattern, and the instructor would repeat it. It will make the learner think if the instructor has rightly received their pattern right or not.

4. Count the Words in a Sentence

Phonemic awareness, an important subset of vital phonological awareness, requires the listeners to listen, recognize as well as manipulate and have a hold over the phonemes, tiniest mental units of sound. The major dimensions of phonemic awareness include the syllables, rhymes, and the initial sounds, which the learner should manipulate for beginning to read.

‘Count the words in a Sentence’ is a great activity that helps in the recognition and manipulation of rhymes and words, units comprising phenomes. The game involves the usage of nursery rhymes, and the number of words in a phrase is counted. For example, the phrase, ‘Jill came tumbling after’ constitutes four words.

The phenome manipulation is an excellent activity to indulge the learners in their way to reach maximum phonemic awareness potential, as it helps in great manipulation of phenomes, as the title suggests. The activity basically involves syllable deletion from one portion of a word to see what the resulting look likes. For example, the activity involves questions like what word would be left if the sound “p” is taken away in the word “pie.”

It includes the identification and manipulation of syllables and increasing the frequency with which they are seen and used. Words like pie, chart, take cape, etc., with hidden words found in them, can make the game at its best. The first sound,  last sound, and then the middle sound can also be deleted and played.

One of the greatest skills that most people lack is listening skills. It’s important for all and highly important for anyone who needs to increase their phonemic awareness. A great activity that can be interesting for early learners/ children for reflecting on their phonemic awareness is by listening. That means giving attention to even the smallest of noises and recognizing and learning from them.

It emphasizes becoming sound spotters, rendering ears to everything rather than using eyes. A teacher/ caretaker can initiate this and ask the learner or group of learners to crave sounds. The key phrase, of who can find it can trigger more enthusiasm and by that more listening and more learning.

The basic aim of the game is to increase phonemics awareness by developing the learner’s ability to differentiate between what he/she expects to hear from an audio source and what he/she actually hears. A familiar story or poem would be read or recited aloud to the learner but, frequently by the words or changed or reversed, changing its real sense to nonsense.

The learner has to detect all the changes whenever and wherever they occur. They can also explain the thing which went wrong. Giving attention to these subtle differences, their phonemic awareness steadily increases as they recognize the phonology, syntax, words, as well as semantics of the language. Switching unpredictably adds to the interest of the game.

Since phonemic awareness generally aims at an auditory process against a visual process (where no actual words are seen), an object can physically act as a great tool. There are a plethora of tools for accomplishing complete a more tactile and engaging phonemic awareness activity. The little bottlebrush trees and pom poms are great examples of such tools.

A word would be stated by the instructor or caretaker, and the learner would enunciate all the syllables in the word. But the interesting rule is that they won’t say it, but rather they would touch/ push/lift the objects that pertain to those sounds. A joyous game for continuous and comprehensive learning!

‘Finding things: Initial phenomes’ aims at extending a  learner’s awareness of the earlier/ first phonemes by making the learners so comparing and contrasting work. It would eventually make the learners recognize the first few sounds in a wide range of words.

The picture cards with few pictures on them would-be spread out.  The learner/ group of learners has to identify the pictures whose names would start with the same initial that they work/ discuss presently. If one picture is found, the learner would say the picture’s name and its initial phoneme( like f-f-f-f-ish, /f-f-f-f/ fish). Many variations are found in this game and can modify according to one’s creativity and comfort.

READ :   IEP and its goal for writing skills

The ability to manipulate and fiddle with words, especially rhyming words, is one of the finer and refining points of phonemic awareness. Being able to have the precision to distinguish between individual segments of a word and understanding how different words are linked by the same phenomes is the ultimate benefit out of this activity. The teacher/ caretaker would take the lead of the game by asking questions like which word would share the same phenomes. The words like cat, bat, hat, can be proposed as examples, and the rest can be asked from the learner. Difficulty levels and interest in the activity can be boosted by giving unfamiliar words.

Games and activities for building phonemic awareness (what research says)

Games and activities for building phonemic awareness offer doable ways to put concepts into action. Instead of simply mugging up the basics, learners acquire phonemic awareness by doing something that yields them measurable results too. Thus, they are more convinced of the knowledge gained; assurance replaces assumption!

A few impacts learned about the role of games and activities in building phonemic awareness are (Extracted from Phonemic Awareness: It’s all in the sound of language):

Phonemic awareness activities can be done in classrooms, and as a part of the homeschooling curriculum too. These are applied in the learning curriculum after researching their impact on the learning pace. Designed to melt away the hesitation surrounding the learning of a new language, adult language learners can also find a doable way of building their English reading and writing skills. The only thing to ensure is that learners understand the demonstration and that teachers are amply trained for successful implementation.