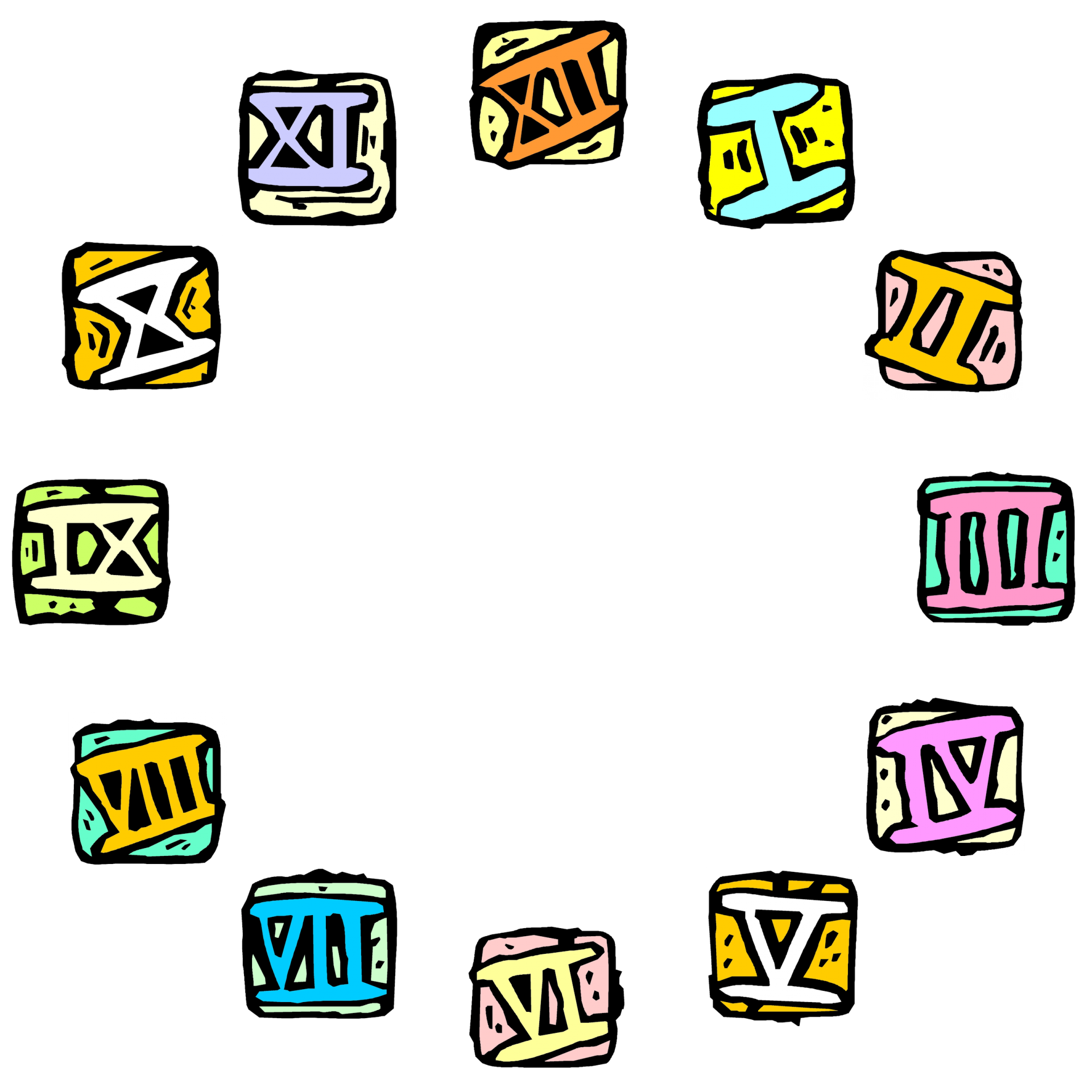 Roman Numerals are signs representing numbers we normally use in the decimal system of numbering. Though not much in the application in modern times, these numerals are still used for numbering hours in a clock, chapters, and editions of the books, etc. This system of number saw rampant use in olden times where residential blocks in a road, names of the kings, and World Wars were numbered using these signs.

That is why; the Roman Numerals form an important concept to teach to kindergarteners and early number learners. These numbers comprise signs such as I, IV, X, M, L, and so on. In the case of learning disorders, children find it difficult to recognize and memorize these roman numerals. Thankfully, there are alternatives to conventional reading and writing methods that can help children befriend and internalize Roman Numerals. One such alternative is learning roman numerals by doing activities.

Roman numeral activities stimulate the mind and prepare it to grasp the form and meaning of these ancient numbers. The idea behind activities is to help children retain the concept in mind by way of internalization and association.

Activities promote collaborative learning and let children formulate and apply strategies, and share it with others. While doing activities, teachers or parents have to refrain from judging; instead, they work with kids as a team and channelize their minds to absorb the idea of Roman Numerals with focus on further applying it correctly. Keeping this in mind, We’ve curated a list of 8 helpful activities for learning roman numerals.

#1 Create a board game

You can learn combining roman numerals to perform arithmetic operations as well. Parents can help the kids or take their help in making this board game. It can be made more interesting by including an actionable like “Add 4 to this number and find the treasure”. It enhances engagement value and provides multiple options to learn Roman Numerals at an early stage.

Take some cardboard pieces and paste white papers on them. Write Roman Numerals I to X on these paper-covered pieces. You can make two sets of these cards.

Play a matching game, or play a quiz asking other players what the Roman Numeral on the card means. You can also give two cards containing numbers to the player to combine them and generate operations like addition and subtraction.

Start with making a 5×5 matrix on a chart. Now, create dotted patterns corresponding to Roman Numerals in the blocks of this matrix. This board chart can be made in a wipe-and-write style using a pencil.

This chart can be employed for building roman numeral writing skills in the child. You can also increase the difficulty level of this chart by leaving some blocks empty enabling the child to fill it with the missing Roman Numeral. So, the teaching of writing and sequencing becomes easier with this activity.

Take three straws and cut them into two to get six smaller pieces. You can take these pieces one by one and arrange them in the shape of Roman numerals. For example, take three smaller pieces made from  the straws. Place one of these first to introduce roman numeral ‘I’. Likewise, you can ask the child to place the straw next to the previous one to familiarize with numbers I to III.

You can make other patterns by making V and X using the straw pieces. Ask the child to read the created numbers aloud and try writing. You can take match-sticks, as well, and paste these in the scrapbook for creating operations-based questions. A box can be made at the end of each row in a page to write the resulting answer in Roman Numeral format.

Develop a language where alphabets stand for the corresponding Roman numeral. A=I, B=II, and so on. Encourage the child to create wishes like this = VIII+I+XVI+XVI+IX

II+IX+XVIII+XX+VIII+IV+I+XXV; it stands for Happy Birthday. You can do this activity in the free hour or whenever you want to do some fun activities with the child. Teachers can introduce this activity in class as well and give a 10-minute number talk where kids are encouraged to guess the words from roman numerals and write it on the board.

#6 Make a calendar with dates mentioned in Roman Numeral

Suitable for kids of grade 3-4, teachers can give this activity like a project for homework. Parents who are home-schooling their child at the kindergartener level can encourage wards to prepare this calendar under their guidance. The child can take a month’s leaf from the calendar and draw its pattern first. Then, instead of 1, 2, 3, etc. they can write corresponding Roman Numerals in the dates’ blocks. This calendar helps multiple ways. You can teach the date’s and days’ concept to the child and practically introduce roman numerals by encouraging them to write.

To make the activity more interesting, you can ask the child to encircle the important dates like Sundays, Thanksgiving Day, or Birthdays.

Time reading is an important activity taught to early math learners. It can be done practically by providing the child with round cut cardboard and marking the hours’ spots in it. Further, the child is encouraged to write the hours in Roman Numerals starting from one. This is an amazing activity that encourages children to learn the hour and minute concept and build roman numeral literacy in the process.

You can engage the child further by keeping a digital clock in front and asking to point the corresponding hour in this handmade Roman Numeral clock. It makes an interesting time-pass and can work as classroom teaching supplies as well.

#8 Make your own currency bills

Help children in this activity by giving square-shaped cardboard pieces similar to a currency bill size. Ask him to write the Roman Numeral in the place where the amount is usually mentioned on a bill.

This activity can be made more interesting by encouraging children to choose their logo and draw it on this card. These cards made by children on their own can be further used for teaching concepts of addition and subtraction of Roman Numerals.

Try these activities when you feel perplexed about how to introduce Roman Numerals to kindergarteners or early learners or children with learning disorders. Many of the roman numerals activities mentioned above will be of use in higher levels of education as well.