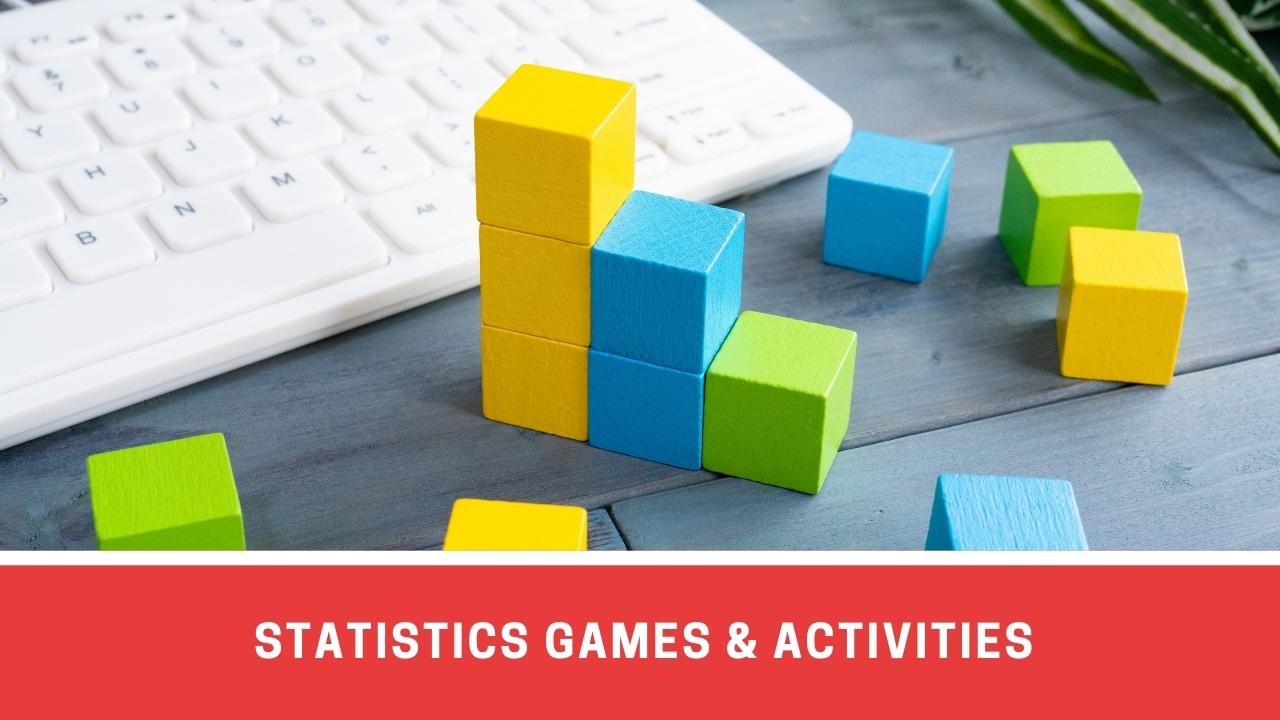 What comes to your mind when you hear the term “Statistics”? Tough mathematical, numerical data. Isn’t it? Statistics has become an indispensable part of life, but getting the hang of this concept can be a hard nut to crack.

More than being arduous, statistics can be baffling too! But what if you learn and practice this concept with the help of some games?

Indulging in games can make the process easier by providing interactive means to understand bewildering topics like Statistics. In this article, we shall dive into attributes and benefits, and then look into some cool statistical games, which can help with a better comprehension of the concept.

How can statistical games be a virtue for students?

A distinct idiosyncrasy of statistical games is that they give a good set of benefits to the players. Let us have a brief overview of the same. Here are some interesting benefits:

Interpretation and representation of bulk data were never easy before statistics. Data from millions of people can be easily represented on a small piece of paper. The young statistician would learn these skills as they indulge in Statistics games.

People who play board games have shown better memory, problem-solving, thinking speed, and general thinking ability. Statistical games that are mostly board, card, or dice games are believed to have the same set of benefits.

Games take up a long time to finish, as there are no easy shortcuts, and one needs to finish the entire game to come to an end it. Thus, players need to be patient and have a good strategy, which builds up more skills, other than being a good statistician.

Playing games have no restrictions. They can be played anytime and anywhere. From birthday parties to picnics, to even in family gatherings, such games act as a great infotainment tool while traveling too.

Being beneficial for students who are grasping statistics and trying hard to retain them, some games can be a boon for these children. Mull into them to see if they can be your picks. Some of the popular games are:

Being pretty simple, this game is for students of the lower grade. Each student is handed over with a coin, a pencil, and a worksheet. The worksheet has guidelines in it along with a tabulation for recordings— up to 10 entries. The student flips the coin. If it is a head, a cross is marked in the Heads column and vice versa for tails. After marking, the coin is flipped again. This method continues till any of the columns are completely filled. The student with the maximum difference between the heads and tails is the winner. This game makes the young ones clear about the basics of probability.

Once we are done eating candies, we throw away the wrappers. But, these can now be used to play a fun statistical game! Using these wrappers for the game would be a great idea. In the Candy Recreation game, all the students are offered similar candies. After they finish eating them, they need to look at the nutritional values on the wrapper. Now, they have to make a presentation of the values as they wish— graph, tabulation, or any other form. The student who finishes it first is the winner. Since the student needs to use various statistical tools, this game acts as a great learning aid.

Along with statistics, builders and bulldozers also teach students about teamwork and team building. In this game, students are divided into two teams. One team has to make the cones stand, while the other has to demolish the cones. Each team will get a chance to build and demolish the cones. For each cone build, the team is awarded one point. The team with more points is the winner. At the end of the game, all the team members need to track their scores statistically. This gives good mathematical practice and statistical knowledge.

Set with Cards is a simple time-based card collection game that needs the player to set a combination. This can be done in any category, including number, shape, pattern, and color. Since this game does not involve numbers, they are language-free and increase flexibility. This game can be a good pick for students with communication challenges. For young statisticians, this game can be the first step to learning what sets are and how they are formed based on different factors.

Tsuro is a unique board game based on tiles that have paths. One set of games consists of 1 board game, 35 tile paths, 8 marker stones, and 1 dragon tile. Unlike traditional board games, this game does not have a specified path for all the players. Each tile has four paths in it and is placed by each player as per convenience. The game is all about survival which needs the players to forecast and make use of statistics. For each tile place, the marker stone gets a path to move forward. A marker stone can get eliminated if its path ends at corners or collides with another marker stone. The final survivor is the winner. This game needs strategy, calculations, and thinking at each step and tile placed.

READ :   40 Quotes Highlighting The Importance Of Symmetry In Our Lives

Monopoly has been quite a popular board game. The game is all about purchasing assets that you touch and then forecasting who and how other players can fall in certain places. This game includes a host or a banker who makes notes of transactions. Being a great game to improve statistical skills, this game has some assets that fall in a category. Players can make sets of like assets on various bases. Moreover, the history and transactions give players a great experience of statistical concepts.

Ship, Captain, and Crew is a simple dice game that needs only 5 dice to play the game. Ship is represented with number six in dice, the captain with number five, and the crew with number four. In this game, each player gets three chances to roll dice at each level. Each player needs to get a ship first, then a captain and crew on three dice within three chances. The remaining couple of dice shows the score. If any player fails to get any of these in sequence, the score is zero. The person who reaches 100 is the winner. The catch with this game is that the scores need to be calculated statistically to determine the winner at the end of the game.

READ :   I Have Dyscalculia. Can I Still Learn Chess?

Finally, all the numbers are combined to get the final score of each player. The one with the most score is the winner. Calculating scores normally would not be possible. Moreover, this game demands the players to evaluate using statistical tools, which further helps understand a concept.

Bunco is a multiplayer game that needs to have three dice. It can be played with any number of people that can be divided into teams of equal numbers. The game has six rounds, just like the first phase of Yahtzee. The player has one chance to throw dice to see if any dice has a number the same as the round number to get one point. For instance, in round one, if the player gets one 1, they get one point. If they get two 1s, 2 points are awarded. However, if the player gets all the three numbers the same as that of the round number, it is known as Bunco, and the player gets 21 points.

If three dice come with the same number but do not match the round number, the player is awarded 5 points. For instance, if the player gets three 2’s in the first round, then they will get 5 points. After the six rounds, the team with maximum points is the winner.

The advent of Game-based pedagogy has undoubtedly made learning easier and interactive. Learning Statistics have long-run benefits, and nothing can be better if you get to learn through games. Around 21% gamers[1] spend more than 10 hours a day playing games. But are those games productive? Indulging in such games which build skills can be constructive for a child. Despite providing entertainment and offering strategic conditions, these build statistical skills subconsciously in the players. We are sure you must be motivated to learn statistics through the interesting games mentioned above. If you think that we missed out on any game, make sure to share it with us in the comments below!