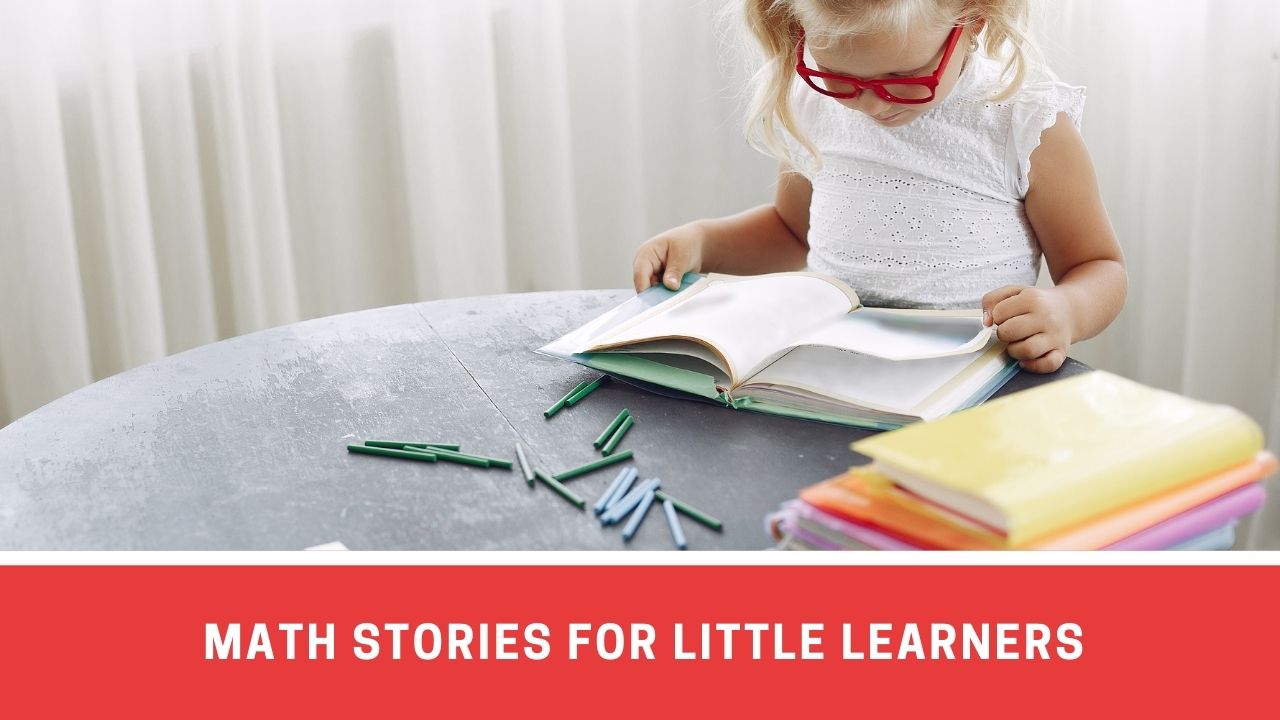 Tales and fantasy stories are an excellent medium to inspire and augment imagination in children, as well as imbibe them with the virtues of courage, determination and love for fellow beings. This is especially true for students who are in kindergarten and middle schools,for their minds are still innocent and receptive to new ideas.

Often, they can also spark interest in certain other areas. For example, math stories can help children understand the importance of maths in daily life as well as help them overcome any phobia they may have of it. This can be done by teaching them facts and principles of mathematics in an entertaining way.

Presenting here are four stories that will welcome your child in the world of counting, fractions, and everything else mathematics:

1. John and his three bananas

One day, John’s mother gave him three bananas to share with his brother. Then off she went to the weekly market. John went to his brother and gave him one banana. He ate the second banana himself.

His little brother started crying on seeing this. Then John remembered what his mother had taught him about fractions.

He cut the whole banana into two halves. He gave one half to his little brother and ate the second half himself.

His little brother kissed him on his cheeks and hugged him warmly.

John understood the importance of fractions and the joy of sharing. He will remember both lessons for life.

2. Jumbo and the human child

One day Jumbo, the little elephant was taking a walk in the forest with his Mama elephant.

As they moved to the edge of the forest he saw a human child for the very first time. He saw that he was walking on only two legs.

Mama elephant quickly ran behind Jumbo. She told him to calm down.

Then she called upon her friend, Carol, the centipede. Mama Elephant explained to Jumbo that Carol had 100 legs. Hence, she had fifty times more legs than the human child.

She then explained to him that even though all of us are born different, we should not fear each other. Rather we should love each other with our differences and get to know each other.

Jumbo promised that he will try to become friends with the human child next time he sees him.

3. Jamie and his magic pencil

Once, there was a little boy Jamie. When he grew up a little his mother sent him to the village Kindergarten school.

Jamie was scared of the math lessons at school. He never seemed to get his answers right. The schoolmaster scolded him. His friends made fun of him.

One day, he ran to his mother crying. His mother took out a beautiful pencil from a small box. She told him that it was a magic pencil. She gave him the pencil and told him that he will never get his answers wrong if he writes from it.

Jamie happily went to school the next day. He did not care when his friends laughed at him.

Then the bell for the math class rang. He confidently wrote down all the answers. His teacher praised him because he got all his answers right.

He went home running and thanked his mother. His mother smiled at him and told him that it was not a magic pencil. It was an ordinary pencil. He could answer all the questions because for the first time he did not fear math. It was the magic of his confidence and not the pencil!

Jamie decided that he will never fear math again. However, that pencil still remained his favorite.

4. Tom and the magic wonderland.

Once, a small boy named Tom was playing in the woods near his hut. He came across a shining magic door.

Tom opened the door and entered through the door into a magical wonderland.

He saw four children playing there. The Eldest was named Division. Then there was Multiplication and then Addition. Subtraction was the youngest.

He played with all four children. Then the sun began to sink and it started becoming dark. Tom had to return through the magic door. He asked the four children to accompany him back.

All the children agreed. That is how math entered the human world.

All four children agreed that they will always follow the rule and Division will always be first, followed by Multiplication, Addition, and subtraction.

This is how we got the rule of ‘BODMAS’.

Both teaching and learning mathematics for kindergarten and middle school children can sometimes seem a difficult task. However, creative ways to get the message across to the child, without them seeming like study lessons will make the child yearn more for this knowledge.

Stories thus can make an easy way into their hearts and stay in their minds, and smoothen the math journey for every child.