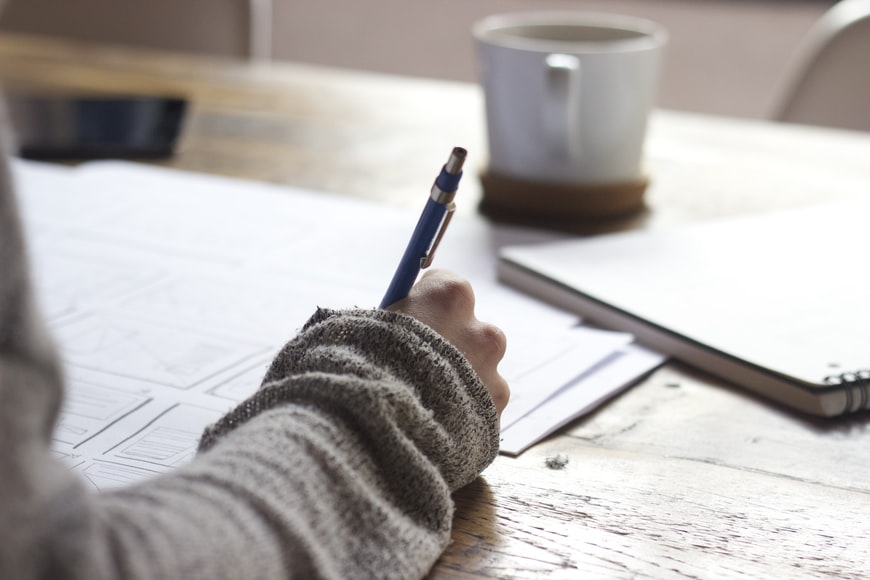 Dyslexia is a learning disorder among children which leads to difficulty in reading and writing. On the other hand, authors are people who have their careers revolving around reading, spinning new ideas, and then inking them into words.

This may lead you to believe that writing is an unlikely profession for people with dyslexia. However, the mind is a place where imagination can run wild without societal notions and constraints. And a dyslexic has an equal opportunity to embark on this cognitive journey of creativity.

This creative outflow can overcome any writing constraints that a dyslexic may otherwise face and can translate into beautiful and heartwarming stories and books.

One such example of this journey of overcoming dyslexia to become a successful author is Agatha Christie. Believe it or not, this much-loved author that has warmed the hearts of mystery lovers for centuries was a dyslexic.

Another one, closer in time, is of Adam Searle. Merely in his late thirties, he is already a published author of six children’s books.

Originally from Surrey, UK, Adam was diagnosed with dyslexia at the age of five. However, this early setback in life could not nip in the bud the dream of writing that was nurtured in the soil of his mind.

He credits his mothers for providing wings to his early flights of imagination. She used to read out chapters to him from books and in turn encouraged him to read alternate chapters.

After attending his local school for a short duration, his parents were advised to move him to another school in a separate town that had a school that had a department for children with special needs.

With a loving home and parental support, his conviction in his dream grew stronger which led him to declare his desire to be an author early in secondary school. However, unfortunately, the support at home was not mirrored in his school and he was met with ridicule by his teachers there, who advised him to look for alternate career options.

Sadly studies reiterate that Adam is not alone in this lonely journey where dyslexic children often have to face mockery from their school peers and have their memories tarnished with negativity in their infancy.

In his 2006 study, Bhengu finds that children with such disabilities have difficulty in gaining acceptance in school classrooms and often are labeled as outsiders among their same-aged peers.

This discouragement by Adam’s teachers could have resulted in another dyslexic child giving on his or her life ambitions and internalizing a sense of mediocrity. However, the criticism only reinforced his indomitable spirit to achieve his life’s calling.

At the age of 12, he completed writing his first book, The Big and the little Monster. However, the book was rejected by publishers.

Dreams can only come true when you wake up and give your sweat and blood for their growth. And this is what Adam did. He continued to work hard to complete his studies, finished college, and worked night shifts to support himself while spending his daytime writing.

Finally, his efforts began to take shape and in 2016, his story got published. It received an instant positive response from not only his target audience but the critics as well. Adam Searle recounts his experience where parents at a school fair where he was speaking applauded him for the encouraging learning experiences his book provided to the young and impressionable minds.

This success bolstered his desire to help others who face dejection and low self-worth due to a variety of reasons. And the same time, prompted by a fellow author who encouraged him to keep writing, he published another four books in the meantime.

During his research for his books, he came across charities that provided emotional and financial support to children who have lost their parents and found himself wanting to extend a helping hand.

As an author, he decided to use his pen to assure these children that the frustration and confusion they felt was normal and a journey through the pain was both inevitable and necessary to gain acceptance of this huge loss and make peace with it. His feeling led to him penning the character of Faraday, the bear cub, and his journey through this loss, in his new book, Goodbye Mother Bear.

Adam has no intention to stop writing and wants to write many more books to spark compassion and hope in children to create a society where no child is made to feel inferior because of any shortcoming. He also has a website www.adamsearle-author.com where he encourages both parents and children with dyslexia to reach out to him for any queries and support.

He hopes that his story will inspire other children with learning disabilities to pursue their passions. He also wishes that it will mark a change in the attitude of those few teachers who inadvertently lead to loss of confidence in children with disabilities. Adam also believes that an overhaul of the education system is important to make it more inclusive.

Until then, we hope that Adam Searle’s writings continue to inspire children with dyslexia and other learning disorders. We wish him many books to his credit and a spot in the dyslexic author’s hall of fame with Agatha Christie and others.