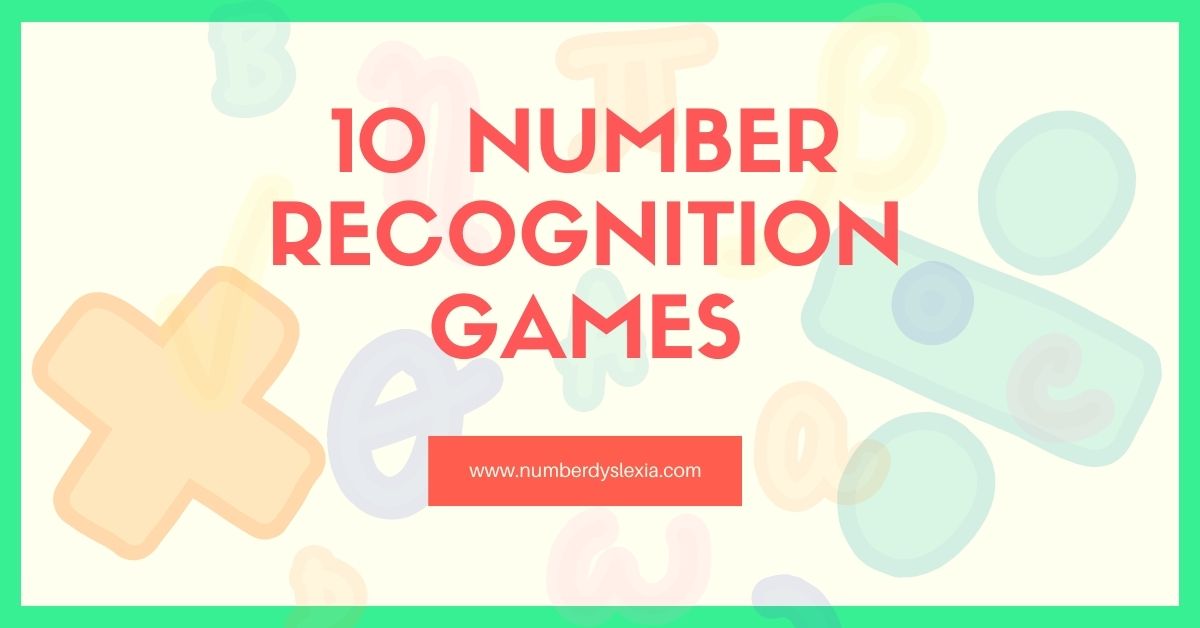 There are a few basic skills that are inevitable in a child’s life as they are the base for inculcating other skills. One such important skill is the number recognition skill that encompasses various aspects of it. Caretakers/ educators needn’t struggle much and can employ smart & efficient ways for teaching these skills, like apps, activities, and online games. Here are the top ten online games for inculcating number recognition.

10 number recognition online games that you must try

Inculcating a passion for numbers in the most interesting way that the kindergarteners start falling in love with numbers isn’t that easy. But, visually appealing and exciting games with varied levels with exciting rewards can behold them & make even the most active to child pause for a moment.

Count forward is one of such kinds of games, aiming at offering practice to children in making them count one to five in the forward direction, i.e., in the right order. Find the missing number, complete the row, are some of the various levels in the game.

As the name suggests, ‘Number Recognition Game’ is one of the best games, that can be an all-time companion for the children, warding off boredom. At the same time, it can help in indulging them in learning, especially number recognition skills. It is a fantastic game that the child can’t resist but can only come back for more.

The objective of the game might be so simple – to identify the number allotted. For instance, there would be a set of five questions, asking to find the number “nine” in a scattered pile/ mess of numbers. The child has to rightly identify the specified number, that aids in enhancing spontaneous recognition of numbers.

The significant difficulty most of the children face in the number recognition process is that not knowing to answer the question, “how many objects are there?”. They resort to counting from the beginning if the question is asked. Thus, to make them realize that only the last count is the total number of objects, there are amazing games from Cyberkidz.

READ :   How to test for math anxiety in kids?

One such amusing game is the “counting.” The theme of the game is that the child has to drag the ball from elsewhere in the screen to the right pot of plants that has the same number of flowers as specified. The main controls that would be involved will be the mouse/ touch screen, aiding in multisensory learning too, in counting right from numbers one to ten.

Designed exclusively for kindergarten children, on the theme of number recognition skills and number sense, the “ Ski Racer: Compare Numbers 1 – 10” game helps in training the children to master numbers from one to ten. The game makes the child compare the first ten numbers on an exciting flight in a ski racer.

A challenging edutainment game, SkiRacer is a fun-filled activity fostering joyous learning of number recognition skills. The game gradually constructs the children’s foundational skills in mathematics, even going an extra 4edge from just teaching number recognition skills. The visible output is that children know to compare which number is the biggest in a given pair of numbers if they practice the game regularly.

Toys & dolls have always been children’s favorites, especially teddies.  The unique game, “Teddy Numbers,” employs this attractive feature, teddies & steal the hearts of children & splendidly make them learn the number recognition skills at their pace & joy. The game makes children aged between two & five, to get a hold on the numbers from one to fifteen, with an interactive game that has different levels to cater to the needs of different children.

The child has to feed the hungry teddy with a specified number of cookies/cupcakes/ confectioneries, and the number would be specified as numerals/nomenclature of numerals & the child has to associate rightly, hence practicing numbers as well number names.

One of the games that can keep the child in cloud nine, “Floats,” is an excellent game for the kindergarteners to know the right order of numbers by being in the flow of the game. The game would introduce one to an environment where objects would fly or float around in the sky. Each object would have a number marked on it.

The child has to click on those vibrant numbers floats in a way that one clicks in the right ascending order of numbers, i.e., arranging from the least to the greatest numbers in the correct sequential order.  The game can be one of the best games of childhood, where one can learn one of the essential dimensions of number recognition skills – the right order of numbers.

Having a ball in one’s court is always exciting, especially for little children. The same excitement can be rendered to them in learning number recognition skills too. It might seem unbelievable, but one would believe if one plays the virtual soccer game.  The game intends to have the soccer ball in the air for the number of times it is asked to (at the top of the screen)  by clicking the ball.

After reaching the specified number, one must leave the ball to fall down.  Having fewer number / more times than specified isn’t valued. Thus, a child is accustomed to recognizing & knowing the right numbers spontaneously.

The game can make the children take command over numbers from one to ten, by children engaging in unusual activities. Such activities include:

Jumping chicks is a captivating game that demands as well as offers practice in instantaneous recognition of numbers from one to ten.  The game is based in a lake. Here a chick has to reach the finishing point by jumping from a cluster of leaves to another cluster. All this has to be done without falling in water. But, the twist lies in the fact that the chick has to jump from the present cluster of leaves to the next cluster with only the number desired number of leaves, as mentioned.

For example, after the game starts, if the screen displays, number seven, the child has to click the cluster with seven leaves, among the clusters with seven, three, five and four leaves. Hence, it boosts the children’s speed in recognizing numbers.

Ice creams are always fantasizing & so is the game – “Numbers Ice Cream Attack” The child has the biggest responsibility of saving the hero of the game, Officer Ice Cream, that can be done by beating the heat, to save him from melting! The number recognition game has this overall theme and has subtle teachings in the deeper note – the kid must recognize numbers from one to ten by freezing the suns having those numbers.

Freezing the suns saves the ice cream from melting & so does the game indulges.  This lucrative game helps in gradually building on the number recognition skills of the learners, especially kindergartners.  Additional math skills are developed after having a stronghold in this.

All lucrative skills can be inculcated in a child most excitingly, provided the methods of instruction are exciting. Apps, activities, and online games like those mentioned above can make learning & teaching joyous, cherishable & memorable.