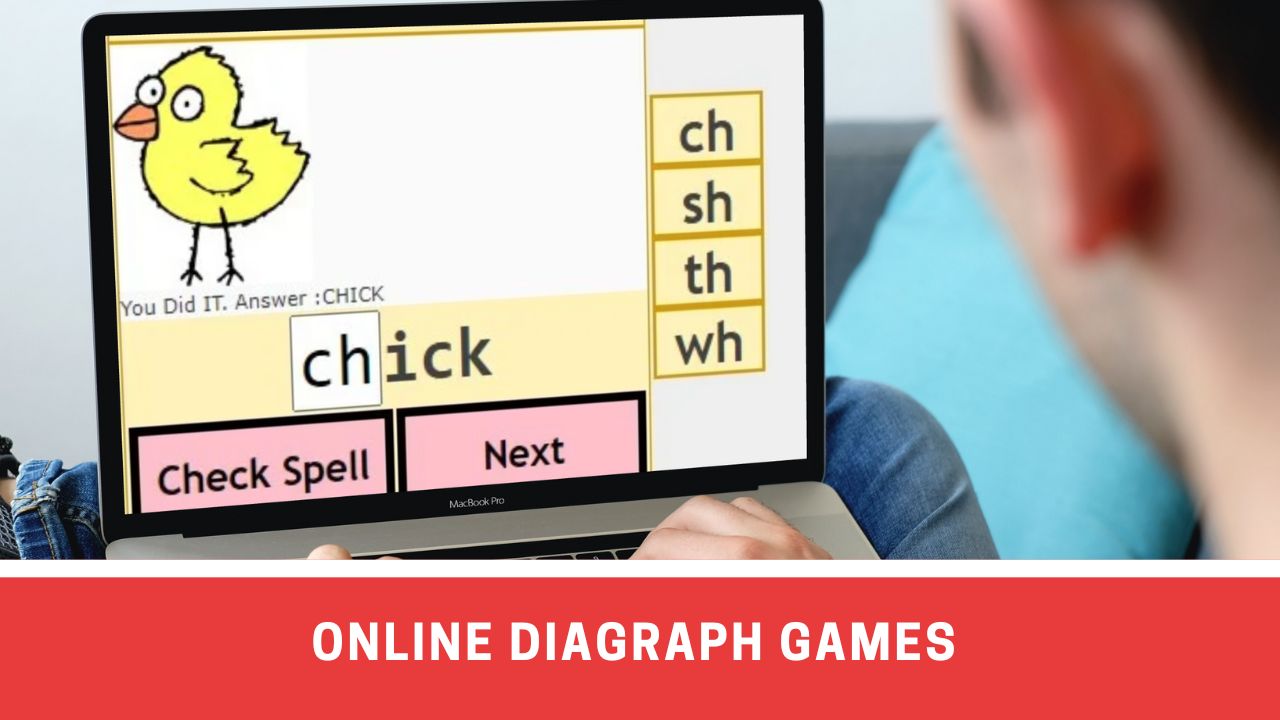 Have you noticed that while teaching spellings to kids, they’re confused with some words having a single sound but are made of two letters? Basically, those are digraphs and it is a group of two letters representing the same sound (phoneme). There are vowel digraphs and consonant digraphs.

So, to practice such unique sounds, these digraph online games assist children with their learning experience and enhance their knowledge. Since they are equipped with high-end graphics, children are more likely to enjoy the learning process. We have sorted some of the fun yet intriguing games to teach digraphs to children.

Because hundreds of frequently occurring words in written English contain one or more digraphs, teaching digraphs and trigraphs is crucial. Kids who can’t recognize digraphs have a considerably tougher time reading and spelling these words.

Many kids may struggle to recognize digraphs without some explicit teaching instructions since many digraphs indicate distinct sounds from the individual letters that make them up.

READ :   30+ Jokes For Teachers To Crack In Algebra Class

Here is a list of the best online digraph games that you can enjoy with the kids. Online digraph games can be used by teachers, parents, or adults to explain the concept to little ones. These games are interactive and easily accessible on the web.

This goofy game requires players to demolish some digraphs by picking out the appropriate letter sounds! Students may practice hearing digraphs by smashing through the bricks.

This game offers good sound quality and amazing graphics for the kids to enjoy playing. It is an easy game that helps the kids to listen and then react, creating eye-hand coordination.

As digraphs consist of different sounds, this game is ideal to learn and understand which sound fits the best to complete the word.

While it is an interesting way to connect objects and pictures with digraphs, it also enables children to understand and differentiate sounds.

The ice cream officer is investigating! With this enjoyable game, children are challenged to look for words with specific beginning sounds.

It makes them work on their motor skills along with boosting their confidence that they are well versed with the concept.

This is a basic game where children can learn the consonant digraph thoroughly. It is equipped with a great sound feature which also enables players to listen to the words clearly.

This is an interesting game for beginners as they get exposure to sound and pictures, simultaneously. It also enhances their vocabulary.

This is another online digraph game that offers children to enjoy placing the right digraph in the correct section. The game is extremely easy and does not require additional assistance.

This game helps the kids understand the sounds of the digraphs and also keeps them connected with the concept. The game can also be used to memorize the spelling of the digraph for further clarity.

Another fun-filled game to make children enjoy their time understanding the concept of digraphs. The game focuses on sharpening memory skills and keeps them engaged for a long time.

With this game, children can boost their concentration skills and be involved in a competitive environment.

In this game, children get the opportunity to understand the sound and select the right digraph that matches it.

In this way, children are exposed to pictures and other graphics to understand digraphs better. They also build their listening skills through attentive listening in the game.

When teaching kids the right concepts, it is good to be vigilant and well aware of creative methods. Online games are considered to be the best way to keep children connected and interested in their studies. Online games also create familiarity with graphic, the sound of digraphs, and their proper application in sentence formation.

Along with teachers, parents can also use these games to engage children in playful learning experiences. These games can also be presented as tests or challenges followed by sweet rewards on completion. The best thing about these games is that they are free and can be played easily.