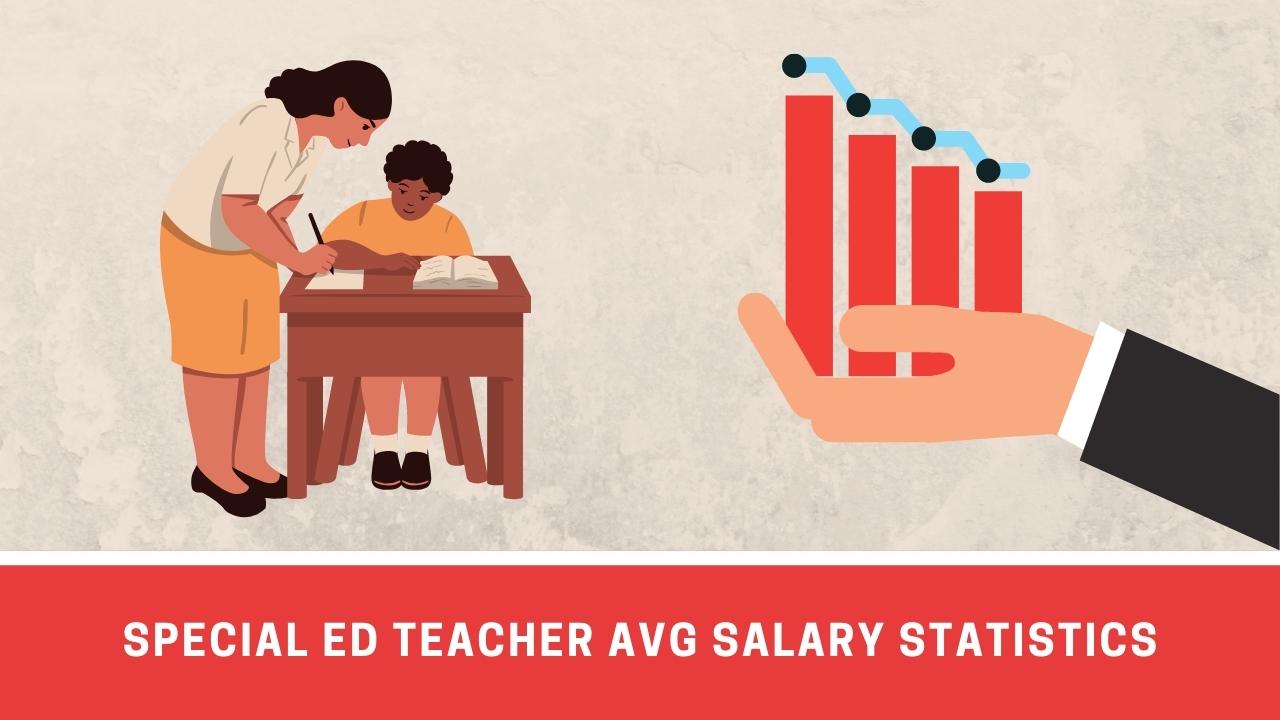 Being a teacher is a respectable position. And aspiring to be a special education teacher is further challenging and distinct to choose. This can be clearly made out from the pay that they get in different locations. All the aspirants looking towards this profession might want to know about earnings too.

Here we came up with the detailed special education teacher average salary statistics. These figures can not only be motivating but also show how the economy values these instructors to aid special children. Make sure to traverse through all the insights provided.

Teachers are an important part of a learner’s academic process. The role of a special education teacher is different altogether. Apart from general staffing responsibilities, they are often assigned additional work. Further, they need to have a better attitude to motivate special children.

What makes special education teaching a further responsibility is to make sure about personalization of training to multiple students at the same time while adhering to the IEP or 504 plan, which a few students are part of. These inferences are often enough to make out that the pay for special teachers is distinct.

What is the average salary of special education teachers?

The values of average salaries often fluctuate on various factors. But an average person can be determined to understand the scenario better. Let us here look into some interesting average Salary Statistics:

While we have comprehended the indeed values of average salaries at around $52,539 per year. A clear idea is ensured by the United States Bureau of Labor Statistics. According to this academy, the average annual salary of a special education teacher is around $61,720. It claims that this is the amount around 50 percent of instructors are presently being paid.

Also, some other interesting values were also listed out:

The overall average figure matches with the inferences of salary.com too- which shows a value of around $59,154. Combining inferences from all these values, it is estimated that the average salary can range between $50k to around $60k in the United States.

The salary range in India has a large amount of fluctuation. For government special education teachers, this can range from as low as Rs 20,000 to Rs 3.5 lacs per year. The average amount of salaries in India is around Rs 21,291 per month, as given by the Indeed statistics. This figure makes out the average of all the prime cities in the country.

This country is the richest country and also pays the highest salaries to teachers. The average pay here ranges from around $67,120 to $73,046. These figures are not too far from that of the United States but can be marked as the best-paying country.

READ :   Does Dyscalculia Affect Other Subjects?

New Zealand can lie as one of the other good-paying countries for special teachers. According to SalaryExplorer, the pay for special education teachers is around 83200 NZD per year. In other words, it is about $52,056 which is a noteworthy figure.

Similar is the case with Germany too. Being one of the top special education teachers in the country, the average pay is around 3200 EUR per month according to SalaryExplorer in 2022 which accounts for about $39981.72 per year.

Special education teacher’s salaries- Regulations that make up their pay

The pay and statistics that we traversed through in previous lines are the averages of all the teachers. To dive deeper into it, there are multiple factors that may determine the pay of the candidate. Here are some important attributes worth considering:

While DataUSA gives out similar average salary figures of around $52,261, there are a few other interesting insights that you may like traversing through.

Without a second thought, being in a profession like teaching is often respectable. Despite many other eminent factors, wages can be a bonus factor to it. The statistics of salaries we gave out here are not only reliable but also can give a better idea about the financial background of special education teaching. Check out these insights and make sure to land at an appropriate position with better clarity of the scenario.